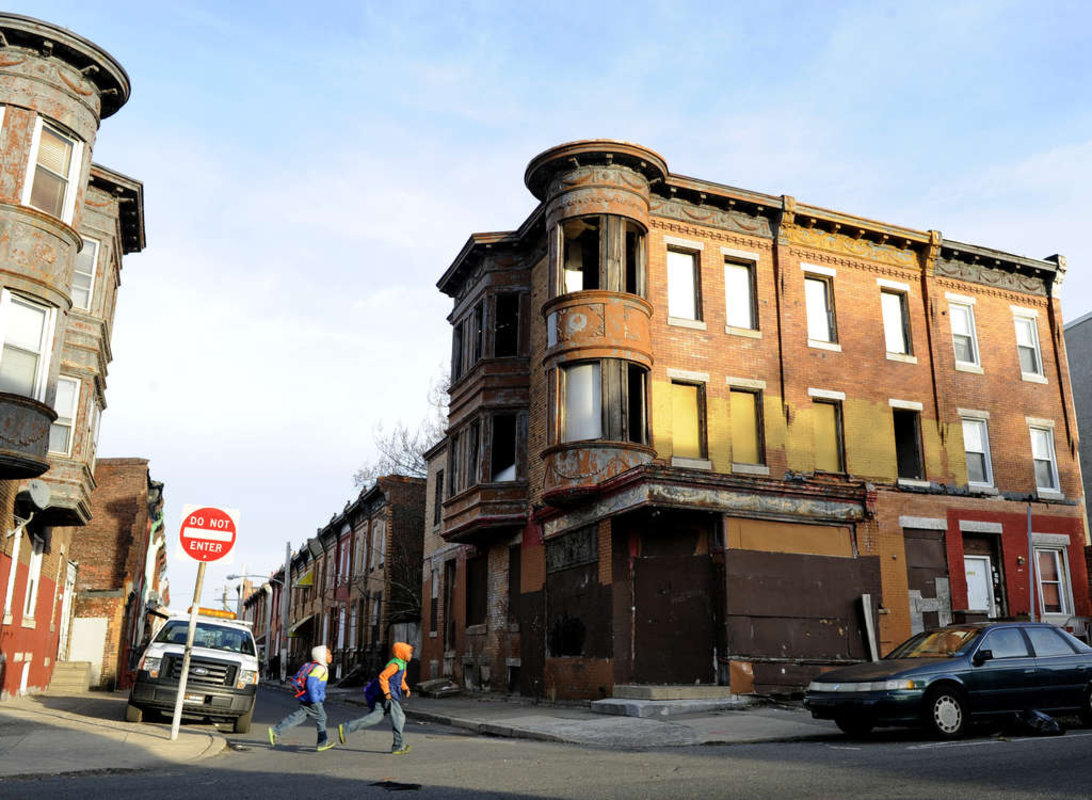 The piece is filled with lots of interesting statistics gleaned from research by The Reinvestment Fund, but the most important finding is that between 40 and 45 percent of Philadelphians live in these "middle neighborhoods" and they aren't having a gentrification problem.

The concept of a “middle neighborhood” is still mostly unknown to politicians and community leaders. As mentioned above, they are average, lacking the cache of developing or downtown areas and at danger of falling into disrepair despite signs of being stable. They are especially prominent in cities that experienced significant population loss in the last half of the 20th century, like Philadelphia. Here, middle neighborhoods are places like East Mt. Airy, West Oak Lane, East Oak Lane, Rhawnhurst, Germantown, Mayfair, Tacony, Wynnefield and Olney [...]

“In 80 percent of conversations around cities these days, people are talking about gentrification,” said [Ira] Goldstein, president of policy solutions for the Reinvestment Fund. “These are not gentrifying areas.”

To make Goldstein's point a bit more bluntly, Philly's City Councilmembers and media organizations are intensely focused on the wrong issue. While the political conversation around neighborhood change tends to be dominated by concerns about gentrification and displacement in very close-in neighborhoods that were curiously undervalued until fairly recently, the evidence for the idea that lots of people are being displaced through rising home valuations and property assessments has always been super thin.

Depending on which definition of gentrification you prefer, somewhere between 15 and 56 of Philadelphia's 372 Census tracts--about 4 to 15 percent of the city--experienced gentrification between 2000 and 2014. And within that small subgroup, it's far from clear that most of the low-to-middle income people living in these areas have experienced these neighborhood changes as a net negative. (In fact, there's some interesting, but inconclusive, evidence that lower-income residents in appreciating neighborhoods benefit from higher credit scores [PDF] and more job opportunities than lower income residents of unchanging neighborhoods that aren't seeing reinvestment.)

Yet despite the lack of evidence for displacement or widespread harm to long-time residents of appreciating neighborhoods, some Philly Councilmembers remain obsessed with the idea of erecting firewalls against gentrification.

Councilman Kenyatta Johnson notoriously refuses to sell the many blighted city-owned lots in Point Breeze, in order to pump the brakes on market-rate development in the southern end of his district. And the whole 1960's-vintage urban renewal plan in Sharswood championed by Council President Darrell Clarke and the Philadelphia Housing Authority can arguably be described as a plan to wall off gentrification by blocking the type of incremental infill development that's been happening organically in Brewerytown, Francisville, and the western edge of Temple's campus--even right in Sharswood in the very center of Clarke and PHA's unaffordable Sim City experiment.

The Redevelopment Fund's research and last year's big gentrification studies from Pew and the Philadelphia Fed suggest that the majority of Philadelphia residents would be much better served if City Councilmembers spent a lot less time fretting about the tiny slice of greater Center City that's allegedly experiencing too much reinvestment too fast, and instead turned their attention to stoking more private and public investment in the "middle neighborhoods" where the typical Philadelphian lives.