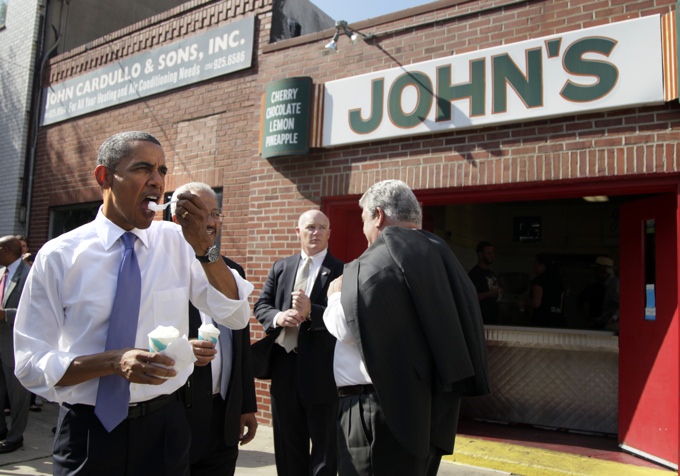 Councilwoman Jannie Blackwell's bill doubling parking requirements for apartment buildings has been having a rough time since we first wrote about it two weeks ago.

The Philadelphia Association of Community Development Corporations (PACDC) panned the idea in a letter to Councilwoman Blackwell, saying it would raise the cost of developing affordable housing, resulting in fewer housing units. It would also make it more difficult to redevelop older existing buildings as affordable housing.

"CDCs and other non-profit developers are already having a difficult time gaining ownership over adequate parcels of land, especially in neighborhoods that have seen a boom in private, market rate development. Added parking requirements will exacerbate this problem. It could also render older buildings that were constructed before widespread use of the automobile, and which have little or no parking space nearby – less viable for redevelopment as affordable homes or community space."

The Building Industry Association (BIA) and Development Workshop, who represent home builders, have also come out against the bill, arguing that it would raise the cost of creating new dwellings, and represent a major step backward for Philadelphia planning. The 2012 zoning overhaul substantially rolled back parking minimums, emphasizing transportation choice and denser, mixed-use neighborhood development.

The bill received a chilly reception at the Planning Commission, where it received only negative feedback from community groups, home builders, and Commissioners. The Planning Commission opted for a 45 day extension before taking a position, in hopes of finding a more local solution with the Councilwoman, like parking permits or another demand management approach.

And now, none other than President Obama is taking aim at the bill, in a Housing Development Toolkit document that the White House released today.

Calling on cities to eliminate parking minimums, and adopt pro-growth policies like by-right zoning, higher-density mixed-use zoning, and accessory dwellings to increase the supply of housing, the authors argue that "parking requirements generally impose an undue burden on housing development, particularly for transit-oriented or affordable housing."

When transit-oriented developments are intended to help reduce automobile dependence, parking requirements can undermine that goal by inducing new residents to drive, thereby counteracting city goals for increased use of public transit, walking and biking. Such requirements can also waste developable land, and reduce the potential for other amenities to be included; a recent Urban Land Institute study found that minimum parking requirements were the most noted barrier to housing development in the course of their research. By reducing parking and designing more connected, walkable developments, cities can reduce pollution, traffic congestion and improve economic development. Businesses that can be accessed without a car can see increased revenue, increased use of alternative modes of transportation, and improved health outcomes for residents.

These requirements have a disproportionate impact on housing for low-income households because these families tend to own fewer vehicles but are nonetheless burdened by the extra cost of parking’s inclusion in the development. The significant cost of developing parking – from $5,000 per surface parking spot to $60,000 underground – is incorporated at the start of the project, which can impede the viability and affordability of the construction.

Now, obviously President Obama hasn't weighed in on the specific legislation in Philadelphia, but he doesn't need to. While there's a sense among some on City Council that their districts are special snowflakes that need city government to set a higher parking floor, the case against parking minimums is so air-tight that Obama can generalize about this comfortably.

The negative impacts of parking minimums on affordability, transportation choice, and the built and natural environment have been so exhaustively documented in city after city that we can say with confidence that they do not make sense for any setting--urban, suburban, or anything in between.