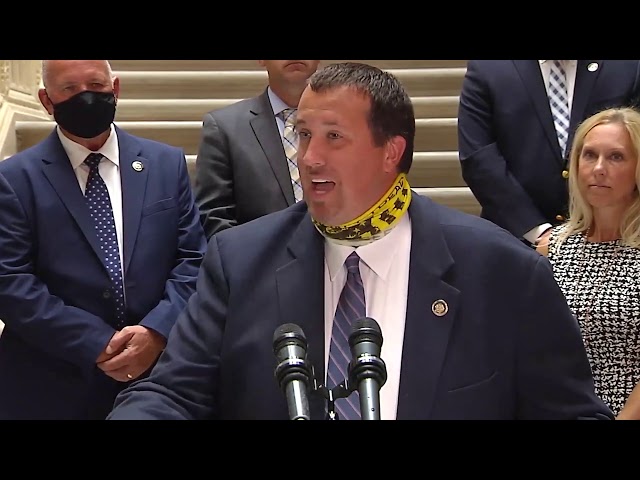 Ever since 2020 when Pennsylvania’s vote-by-mail law went into effect, County election officials from across the political spectrum have been clamoring for state lawmakers to fix a short list of widely-known problems.

Their main asks include allowing counties to pre-canvass ballots before Election Day, and extending the mail-in ballot application deadline—changes which really would have very little bearing on the partisan outcomes of elections.

Unfortunately, rather than passing a clean bill that fixes the known problems, Republican Rep. Seth Grove, the House State Government Committee chair that oversees election-related legislation, is instead pushing a highly partisan bill that would substantially roll back much of the voting access expansion from Act 77.

The bill would do the bare minimum to address the County officials’ concerns, offering just 5 days for pre-canvassing—a far cry from the 21 days that Governor Wolf had called for in 2020—but would meaningfully roll back voting access across the board with a wishlist of Republican ideas that would needlessly throw sand in the gears of the voting process.

Andrew Seidman summarized the changes in the Inquirer in his coverage of Governor Wolf’s press conference Thursday, where Wolf lambasted the bill as motivated by conspiracy theories pushed by former President Donald Trump and his supporters.

The bill would impose stricter voter ID requirements, mandate signature verification of mail ballots, and establish six days of early in-person voting, with that provision not taking effect until 2025.

It proposes dozens of other major administrative changes, such as allowing counties to begin processing and counting mail ballots prior to Election Day, banning them from accepting private donations for election administration, restricting drop boxes, and changing deadlines for voter registration and requesting mail ballots.

It was only later after these changes came under fire from Donald Trump and the national Republican Party that Grove did a heel-turn and began opposing them.

There are some items here that are more of a mixed-bag too. The provision banning donations for election administration is meant to prevent a repeat of the $10 million donation to the Philadelphia City Commissioners from the Center for Tech and Civic Life, which was the main reason why Philadelphia was able to scale up its election administration operation in 2020. Without that aid, counting Philadelphia ballots could have taken much longer, causing a longer "red mirage" period where more populous Biden-voting urban precincts took longer to process, making it look like Trump was ahead in the count.

At the same time, this really shouldn't be how we're funding election administration outside of crisis situations like 2020, and Democrats would probably feel differently about this if the shoe were on the other foot, and it was right-wing foundations dropping money into Republican-controlled counties.

Because state Republicans don’t have the votes to override a certain Wolf veto of the bill, it’s unlikely any of this will come to pass, but it’s an important development nonetheless because if a Republican Governor were to be elected after Wolf in 2022, there seems to be enough internal cohesion in the Republican delegation to pass a voting access rollback that looks broadly like this.

It also underscores how irresponsibly the majority party is behaving by ignoring the bipartisan areas of agreement that do exist, that their constituents in their local County election offices have been begging them to act on for over a year.

Pre-canvassing isn’t enough of a bargaining chip to get Wolf to negotiate because the status quo, while flawed, is still vastly preferable to Democrats than anything resembling the Grove plan. Most Democratic members would probably gladly join the Republican majority in passing the bills that solve the genuine problems identified by local election officials, but unfortunately the majority party seems to care more about playing political games than solving problems.

Stay in the loop with this issue and more. Sign up for Philadelphia 3.0's weekly email newsletter.