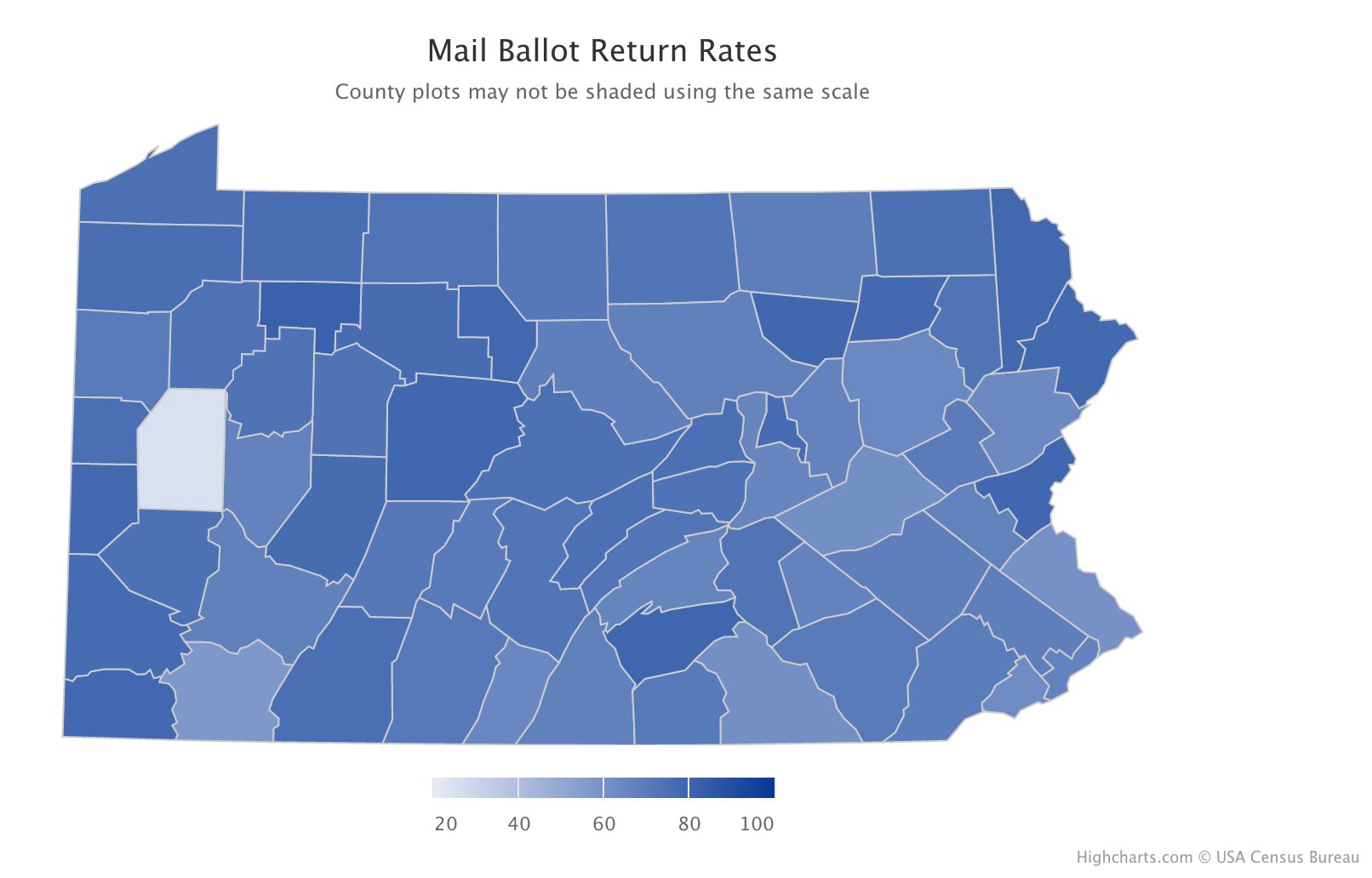 The raw number of ballots returned by Republicans is lower, and the rate of return is also a lot lower, with Republicans returning 59% of the ballots requested, compared to 73% for Democrats, and 60% for unaffiliated voters. Registered Democrats account for about 68% of the total ballots returned.

A few caveats: party registration isn’t a perfect predictor of how people will vote, and we can expect some amount of Democratic crossover votes for Donald Trump, and Republican crossover votes for Joe Biden. So far polling has indicated unaffiliated voters are leaning toward Biden, but in general you can’t entirely rely on party ID alone to make inferences about how people voted.

TargetSmart’s “Modeled Party” model thinks it’s a little closer of a race than the Registered Party data suggests, with the Registered Party coming in at 68.5 (Dems) to 21.6% (Reps) and 8.2% unaffiliated, and the Modeled Party model predicting, based on TargetSmart’s internal modeling, that it’s more like 63.6% (Dems) to 28.9% (Reps) and 7.5% unaffiliated.

It’s always possible that Republican voters may surge on Election Day, but making up a million-person gap has practical consequences for campaigning in the final days. While Democrats have been able to bank lots of votes before Election Day, they can shift all their day-of resources to turning out lower-propensity voters, without spending any time on the 1.5 million people who voted already.