Philly Restaurants Shouldn't Have to Compete With Wawa For Liquor Licenses 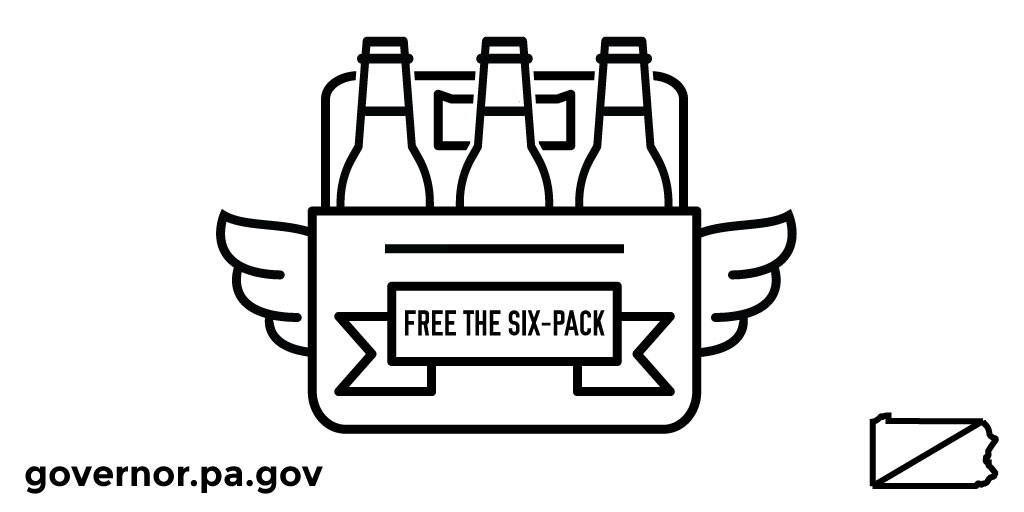 As part of the last-minute burst of legislating in Harrisburg, Jan Murphy reports the PA Senate passed another round of liquor modernization legislation that, among other things, would allow beer distributors to sell six-packs.

The change would apply only to Distributor's Licenses and Importers's Licenses, and the bill says that a license holder "may sell malt or brewed beverages in any amount to a person not licensed by the board for off-premises consumption. The sales shall not be required to be in the package configuration designated by the manufacturer and may be sold in refillable growlers."

The bill, HB 1196, also makes a few other changes like allowing direct shipment of beer to consumers, allows brewery licensees to sell other brewers' beers for on-site consumption (currently they can only pour their own beer), raises the level of carbonation allowed in ciders, and removes the requirement that mug clubs provide members with mugs.

The bill passed the House last night with a coalition that cracked up both the Democratic and Republican delegations in interesting ways. A number of Philly Democrats voted yes, while many voted no.

Tom Wolf, after some deliberation, released a statement saying he would sign the bill. Wolf had launched a big 'Free the Six-Pack' PR push earlier this year celebrating the legalization of six-packs in gas stations--a move which involved freeing substantially fewer six-packs than HB 1196.

On its face, the current law is really stupid. Why not just let beer distributors take the six-packs out of the cases, put them on the shelves, and let customers mix and match beers to their liking? Who cares?

Restaurant and bar owners care, because that privilege is currently restricted to owners of R licenses--the category covering restaurants, bars, and now supermarkets. Extending that privilege to beer distributors would likely dilute the value of the R licenses.

While the debate over alcohol reform has centered on whether or not to privatize the state-run Wine and Spirits stores, arguably the more damaging policy for cities is R licenses, and more broadly, the county quota system of liquor licenses in Pennsylvania.

At the end of Prohibition, Governor Gifford Pinchot, whose aim was to make purchasing alcohol "as inconvenient and expensive as possible," set a population-based cap on the number of liquor licenses in each county. The ratio is currently set at one R license per 3,000 people in each county.

The cap on liquor licenses is turning into a real problem in Philly, where liquor license prices have ballooned from around $55,000 in 2005 to over $100,000 today. Philly's population density keeps our license prices lower than in the suburbs, where licenses can sometimes go for double that, but the price inflation nonetheless threatens to put restaurant ownership out of reach for those not already well-heeled, and tilt the market toward the high end. (What type of restaurant do you need to open to justify financing a $200,000 license?)

Businesses who bought their licenses prior to the big run-up in values have a reason to celebrate this trend, since it raises the barrier to entry into the restaurant market for new businesses. But it's not clear what benefits consumers or the public at-large have to gain from restricting competition between restaurants, or raising the cost of creating new businesses on Philly's struggling commercial corridors.

Forcing most of our restaurants to live off of the low margins from food sales alone makes the hospitality sector more volatile and lower-paid, and needlessly sets up too many first-time business owners for failure.

The recent court decisions allowing certain supermarkets and gas to sell six-packs, though popular, have perversely made matters even worse for new restaurants and bars by letting supermarkets into the bidding war for the scarce supply of restaurant liquor licenses.

What those decisions essentially did was allow any store with a designated seating area to sell beer, and the license they have to get is the same R license that restaurants and bars use. But the state didn't create any new licenses after letting these new deep-pocketed companies into the auction, so the effect has just been to bid up restaurant liquor license prices.

The state legislature then passed the bill allowing grocery stores with R licenses to sell wine. The legislature, to their credit, understood this would involve a spike in demand for R licenses, and they took a baby step by restoring some "zombie" licenses that had been stricken from the supply by the Liquor Control Board.

It's a step in the right direction, but it's too timid in comparison to the scale of the problem. The legislature is going to have to take another bite at this if they don't want liquor license price inflation to choke off the growth of new restaurants and bars in Philly--an underrated and growing sector of the city's economy.

So how do we fix this?

The bill expanding six-pack sales to beer distributors will be a good first step toward bringing liquor license prices back to Earth, but more action is needed.

One possible change would be to simply take grocery stores and gas stations out of direct competition with restaurants for the already-scarce supply of liquor licenses by creating a new class of retail license that would only apply to businesses like grocery stores, six-pack shops, gas stations, and beer distributors who only sell beer for off-premises consumption.

Another route would be to make Distributor's licenses the relevant license for all types retail sales, and create more of them in proportion to the recently-expanded pool of eligible bidders. In both cases, the highest bidders would be removed from the competition for restaurant licenses, and the licenses they have now could be returned to the pool of licenses for bid.

Whatever the solution, Philly shouldn't become a city where it costs a first-time business owner $200,000 for a liquor license to open a simple restaurant or corner bar. This issue is about whether we're going to allow a minority of businesses to hoard opportunity and close off access to newer entrepreneurs in one of Philly's fastest-growing and most important industries.