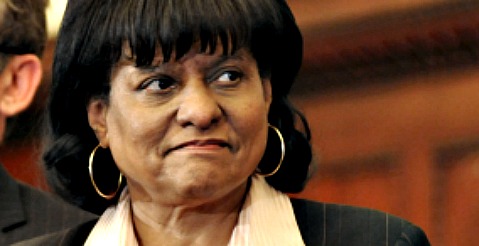 DePasquale describes Fenerty's tenure as the "reign of an unchecked tyrant," and argues PPA mismanagement and corruption likely cost the School District of Philadelphia about $77.9 million over the last 5 years.

The information detailed in the release is pretty damning, and raises some serious "what did they know, and when did they know it" questions about the PPA Board's handling of the harassment findings. And there's a lot more to chew on in the 213-page audit, which we'll be taking a few passes at here on the blog.

Today we want to focus on the revenue collections issues raised by DePasquale's office, since they have direct bearing on a really bad City Council bill which, unfortunately, is getting its second reading today of all days, and could get a full Council vote as early as next week.

The bill in question (No. 160111), introduced by Councilmember Jannie Blackwell (District 3), originally would have granted amnesty for all parking tickets and penalties issued before 2013, as long as vehicle owners paid all fines and penalties incurred since 2013. The owner could also receive amnesty by entering into payment plans on post-2013 fines/penalties. And the bill would also forgive towing and storage fees incurred before 2015 if vehicle owners pay 30% of the amount owed.

Amendments introduced by Blackwell today would allow delinquent ticket-holders who haven't incurred tickets since 2013 to pay just $50 and get their whole debt wiped clean.

This is problematic for several reasons. First, nobody is alleging that the PPA wrongfully issued these tickets. People racked up the tickets fair and square, and it's not clear why bailing them out would be a high priority use for taxpayer dollars, over other things we might want to spend the money on.

Second, this is going to cost the School District millions—if not tens of millions—of dollars over the next few years. The Kenney administration and the School District are both opposing the bill, believing it would deprive Philly schools of a non-trivial amount of revenue. One estimate we heard put the total at $22 million over 5 years. If any Councilmembers had bothered to request a fiscal impact statement, we'd have a better estimate, but the bottom line is that this could be real money, and Council currently has no idea how much they're voting to spend on their parking scofflaw bailout.

This is also a big break with the City's usual policy of never forgiving the principal owed, only the interest, fees, and penalties. And it could also reduce ticket payments going forward, since nobody is going to trust that this is really just a one-time bailout. Once you bail out the scofflaws, people are reasonably going to expect you'll do it again at some point, and hold off on paying their tickets.

To bring it back to the Auditor General's report, DePasquale's office found that uncollected parking fees are "the bulk of the funds" that the Parking Authority is failing to transfer to the City and School District:

The bulk of funds the school district potentially missed out on comes from the district’s share ($76.8 million) of the $107,929,542 in uncollected parking fines and fees between 2012 and 2017. Auditors noted that since 1990, PPA has failed to collect more than $580 million in outstanding parking tickets and associated fees.

“All outstanding revenue PPA does not collect is funding lost to the school district and the city,” DePasquale noted. “Every effort should be made to collect unpaid ticket revenue to increase the amount that can be used to educate students in the district.

“I guarantee you this, if PPA staff didn’t get paid until all revenue was collected, they would find a way to get 100 percent of the funds. They should work just as hard for students in the district.”

City Council's problem, of course, is that they think the Parking Authority is doing too good of a job at collecting unpaid parking fees, and they want PPA to lighten up on this.

Lots of people were outraged recently, for example, when the Parking Authority started getting more aggressive on revenue collection by booting cars for outstanding tickets, some of which were 20 years old. But the flipside of this is that PPA has also been sending a lot more money to the School District since Clarena Tolson was installed as interim Executive Director in the wake of the harassment scandal.

People want the PPA to be more of a patsy on parking enforcement, and also more of a cash cow, but these two desires are strongly in tension with each other.

As the audit makes clear, patronage and shifty contracting practices cost real money, but the bulk of the revenue leakage problem is about PPA's failure to collect the ticket revenue that residents owe them. Councilmember Blackwell's bill would make this problem worse, not better, and before voting it into law next week, members have a responsibility to at least try to figure out how much worse they're going to make it.