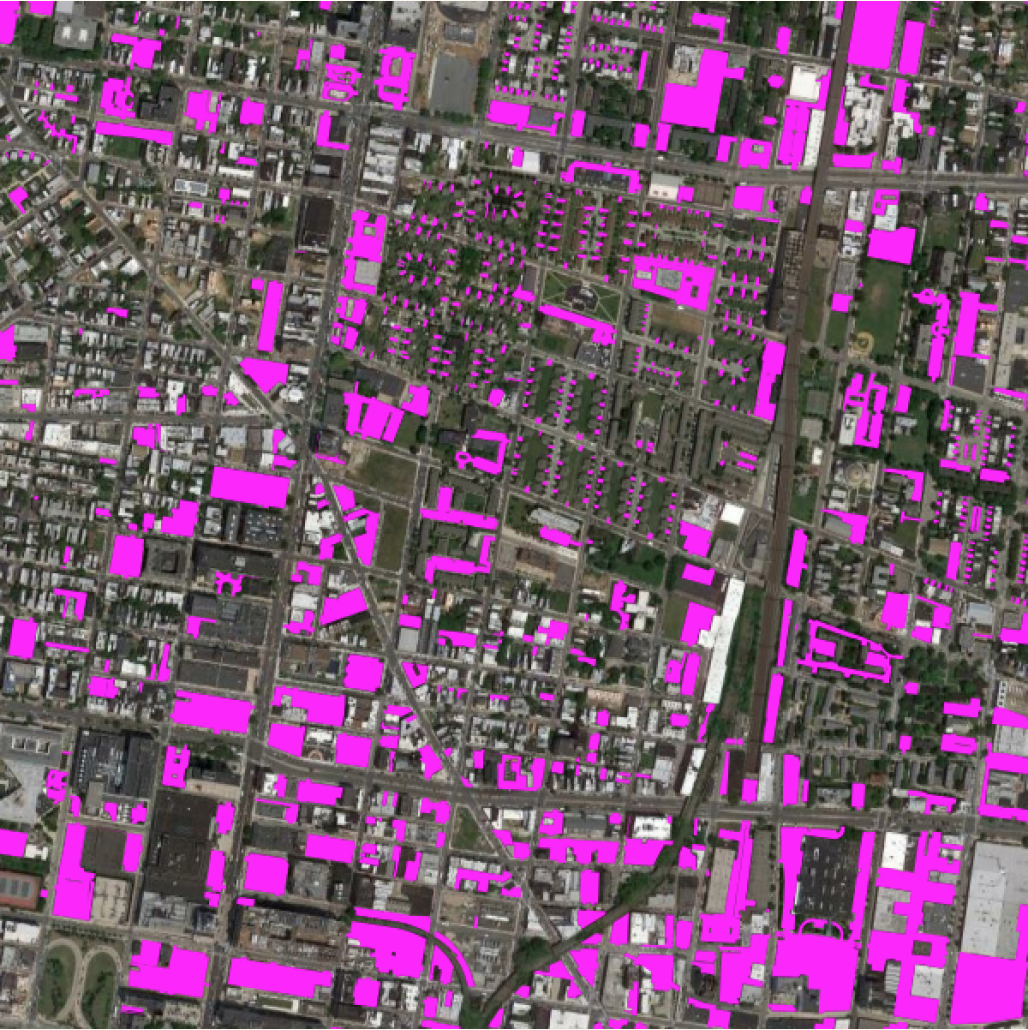 According to Scharnhorst's analysis, Philadelphia has about 2.2 million parking spaces for just 1.56 million people, two-thirds of which is off-street parking. That includes single-use parking lots, driveways, and ancilliary parking for other uses. The spaces are fairly evenly distributed throughout the city. 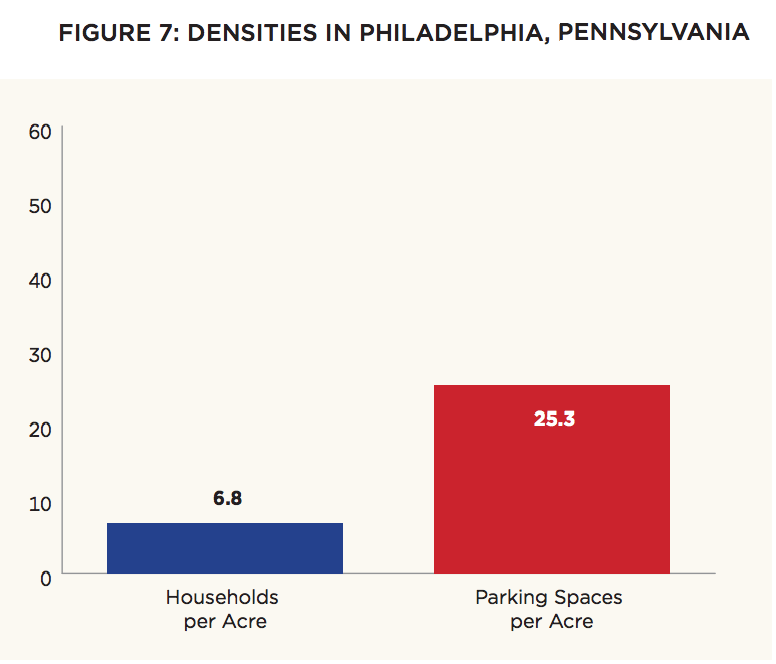 So not only does parking take up a ton of land, but for every car in the city, there appears to be a multiplier on the amount of land that gets devoted to storing cars. 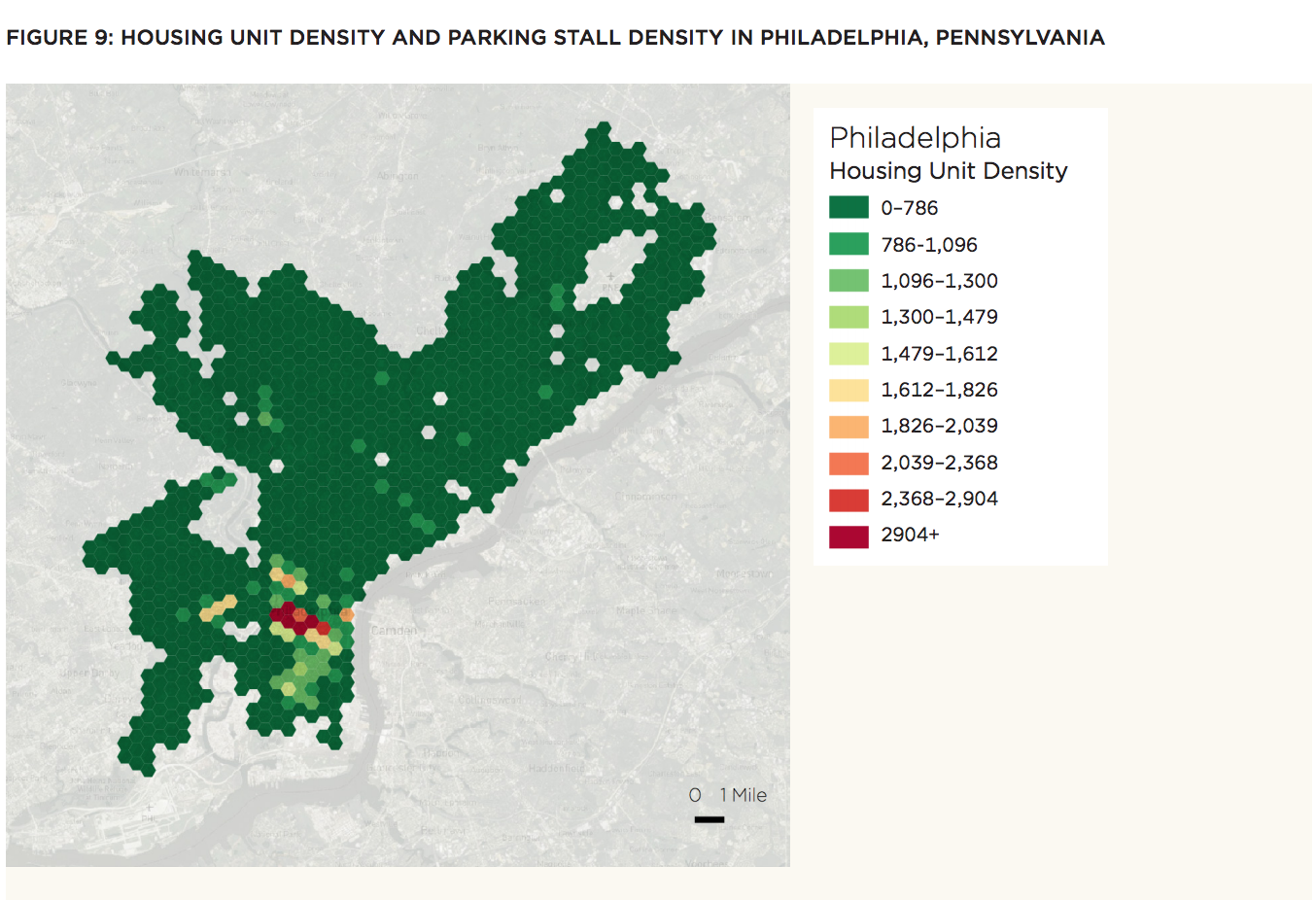 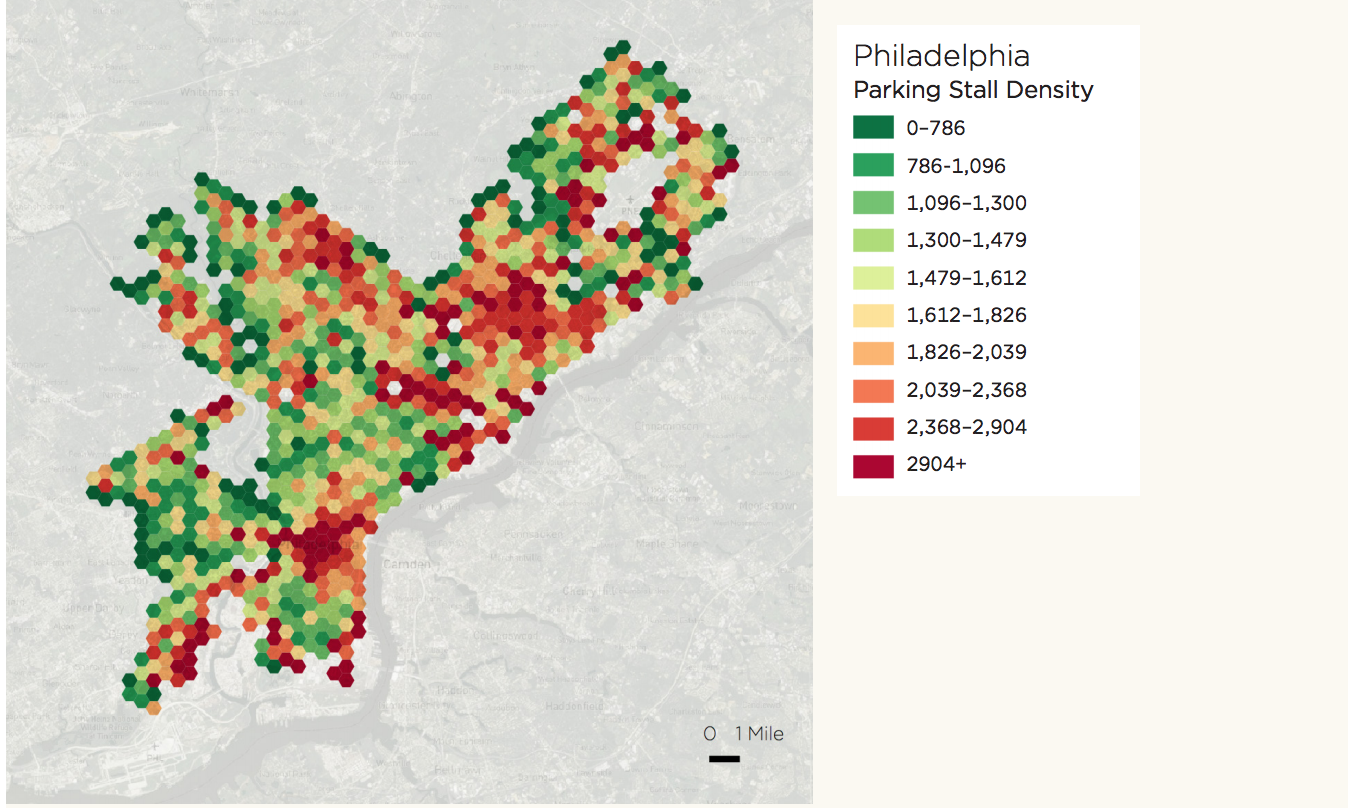 Scharnhorst demonstrates how expensive this all is by estimating the replacement value of all these parking spaces, along with the distribution of land values in Philadelphia. Taken together, you get a sense of the opportunity cost of allocating so much space to idle vehicles, particularly on expensive downtown land.

Researchers claim that structured parking spaces can cost $60,000 or more, each, to build. This matches closely with the low end of per-stall costs in Philadelphia, Seattle, and Jackson (Beekman; Shoup)...Figure 9 shows structured parking density increases as land prices increase. Surface parking in Philadelphia remains high, even in areas with the most expensive land.

Philadelphia’s abundant off-street surface parking, even in the most expensive areas, is an opportunity for developers to transform parking lots into other uses in convenient locations."

In parts of the city with high land values, every surface parking lot presents an opportunity cost to the city's economy in foregone jobs, revenues, and residents, since almost anything else creates more economic value and generates more tax revenues on a per-acre basis than storing vehicles.

We might decide this cost is worth paying to some extent, but the point is that public policy at the very least shouldn't put a thumb on the scale in favor of building more parking than what renters and home-buyers want to pay for, particularly when occupancy rates are decling, and some noteworthy parking garages under-occupied.

Twenty-five years of parking studies in the City Center of Philadelphia show that public parking occupancy rates have been declining since 2005, despite infill development reducing the overall amount of parking in the area. A 110 space parking lot that was converted to a 540-space above-ground public parking garage with ground floor retail recorded just 56 percent parking occupancy in 2015, or 302 empty parking spaces (Philadelphia City Planning Commission). 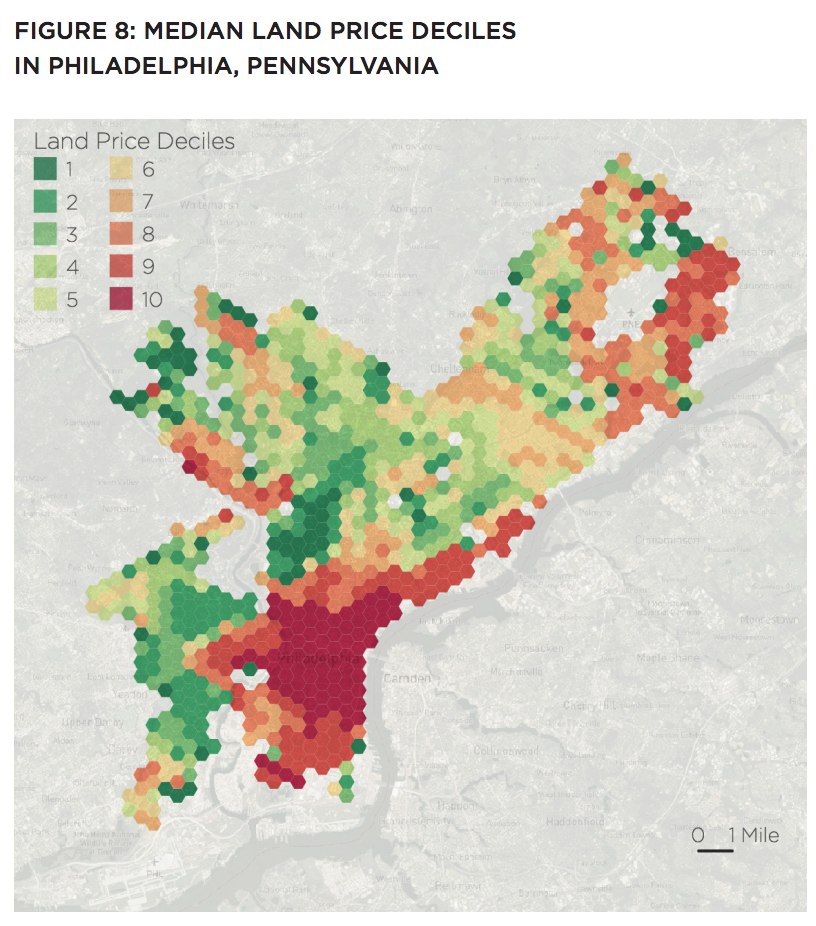 What does this mean for public policy? As Caitlin McCabe's piece explains, there's much more that could be done to actively manage curb parking in the city, or to discourage surface parking as a land use. The failure to manage curb parking is at the root of the issue, and the resulting problems end up driving a lot of other bad policies designed to cope with them. So the first step is for some enterprising Councilmembers to start putting together a parking permit bill with a package of changes to price permits correctly, limit the number, finally create an employee parking permit, and generally make the system more comprehensive and less ad hoc.

The City also needs to inventory all of our policies that still inappropriately privilege parking uses and come up with an exit strategy. The first step is to stopping digging, and withdraw Bill 160710, currently stuck in the Rules Committee. That bill, which is supported by Council President Darrell Clarke and 3rd District Councilmember Jannie Blackwell, proposes doubling the minimum parking requirements in the zoning code for residential construction—a move that would super-charge how much extra space we're wasting on parking, and drive up the cost of housing by anywhere from $150-400 a month. McCabe cites one UCLA study in her piece that found "free" parking adds an extra 17% to the cost of an apartment.

The Office of Property Assessments should also consider discontinuing their current land assessment methodology, which has the effect of under-assessing vacant and underused land, and essentially underwriting speculation—perhaps one reason why the study finds lots of surface lots still exist downtown even as Center City land values are higher than they've ever been in recent history. Shifting the balance of property tax rates from buildings more toward land would also tend to help accelerate the redevelopment of dead space.

City Councilmembers should also reconsider the public sector's contributions to the parking surplus: the dozens of municipal parking lots all across the city—and who knows how many city employee lots—many of which would make a much greater contribution to the city or neighborhood economy if redeveloped into housing or commercial space instead of parking.

The point isn't that all of this parking is undesirable or that we should be trying to reduce it to zero—it's that devoting so much space to storing cars has a large cost, both in actual dollar terms and in opportunities to do something more productive with that space, and elected officials should start taking those costs seriously.