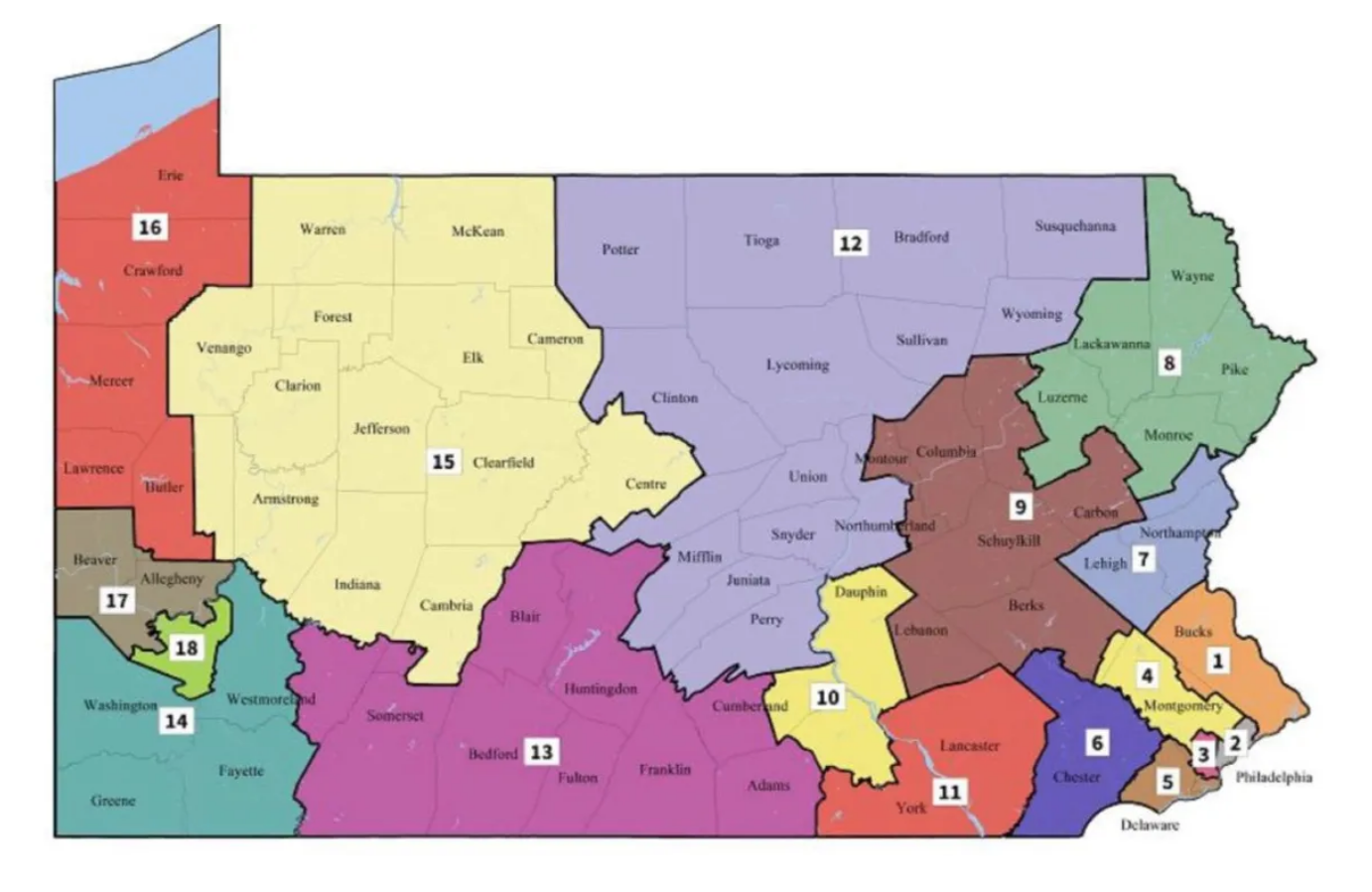 The Census Bureau released its Congressional apportionment data this week, confirming the expected bad news that Pennsylvania will once again be losing Congressional representation following the latest Census.

The Commonwealth will lose one seat in the U.S. House of Representatives, an outcome that had long been anticipated due to long-running geographic population shifts in the United States, but what’s gotten less attention since the announcement is the fact that we actually nearly lost two seats.

According to the order in which the House seats were allocated, Pennsylvania’s 17th District seat came in 422nd out of the 435 total seats—just a few positions from the end, where it would have been cut. And perhaps with a more accurate count, it would have.

An article in the Washington Post looked into the issue of lower-than-estimated population totals, where a few states saw their official counts fall well short of projections. Critics allege this was substantially a result of the 2020 Census being conducted in the middle of a pandemic, under the administration of Donald Trump, with delays due to the citizenship question as well as significant Postal Service delay issues. So it’s possible that a somewhat more accurate count could have been enough to bump PA-17 off the list. 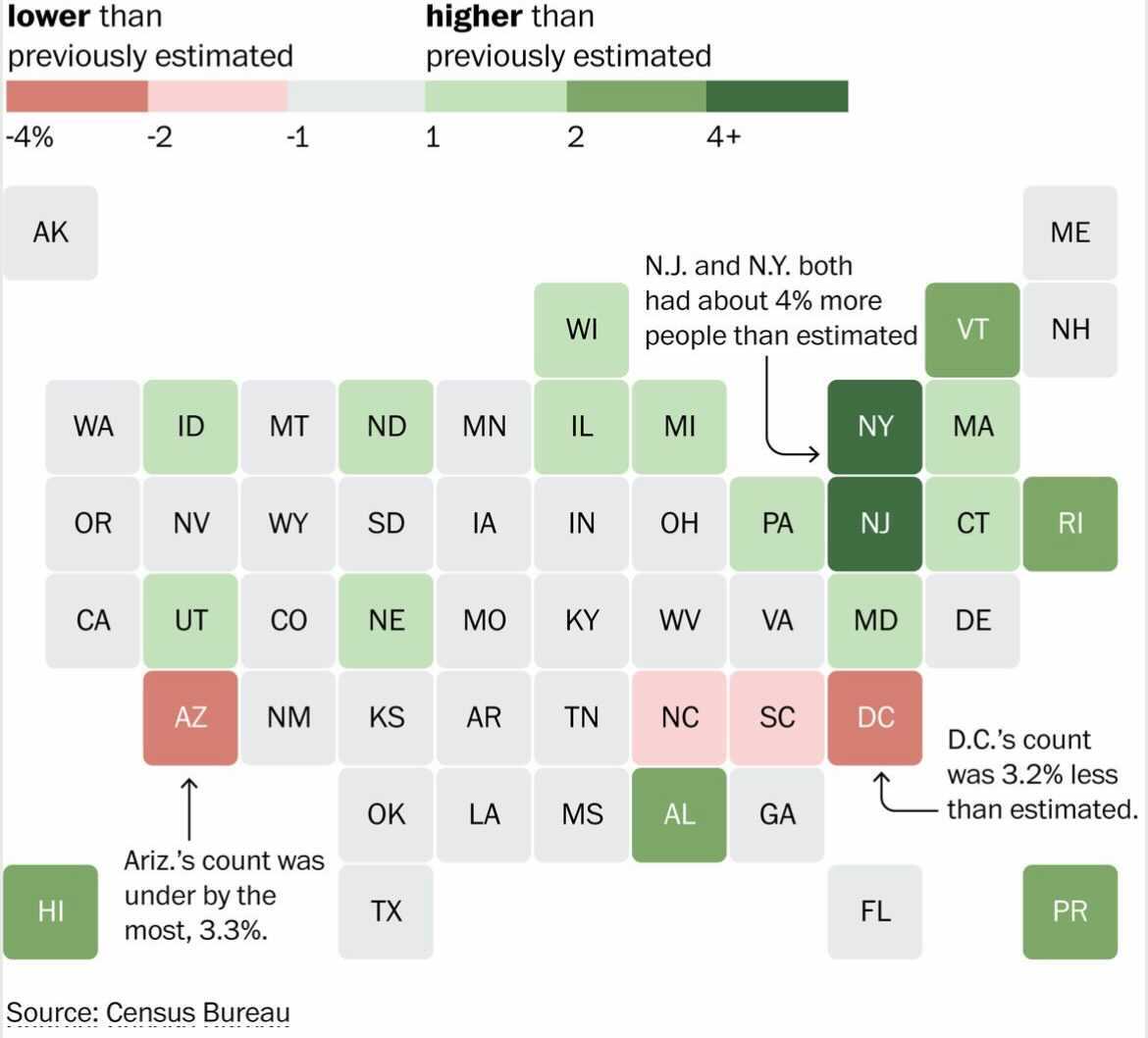 This matters not only because it would be better for Pennsylvania—now officially the fifth-largest state once again—to have more representation in Congress, but it’s also bad for Democrats’ Presidential prospects because it proportionally shifts Electoral College votes toward more Republican-voting states, as the Post points out.

“Texas, Florida and North Carolina, three states that voted twice for President Donald Trump, are set to gain a combined four additional seats in Congress in 2023 because of population growth, granting them collectively as many new votes in the electoral college for the next presidential election as Democratic-leaning Hawaii has in total.”

One takeaway from the map of states that gained seats is that it isn’t strictly the case that people are moving to warmer areas like the south and southwest, as the standard excuse goes. The pattern is more that there's one part of the country that's losing population share: the Northeast and Mid-Atlantic. 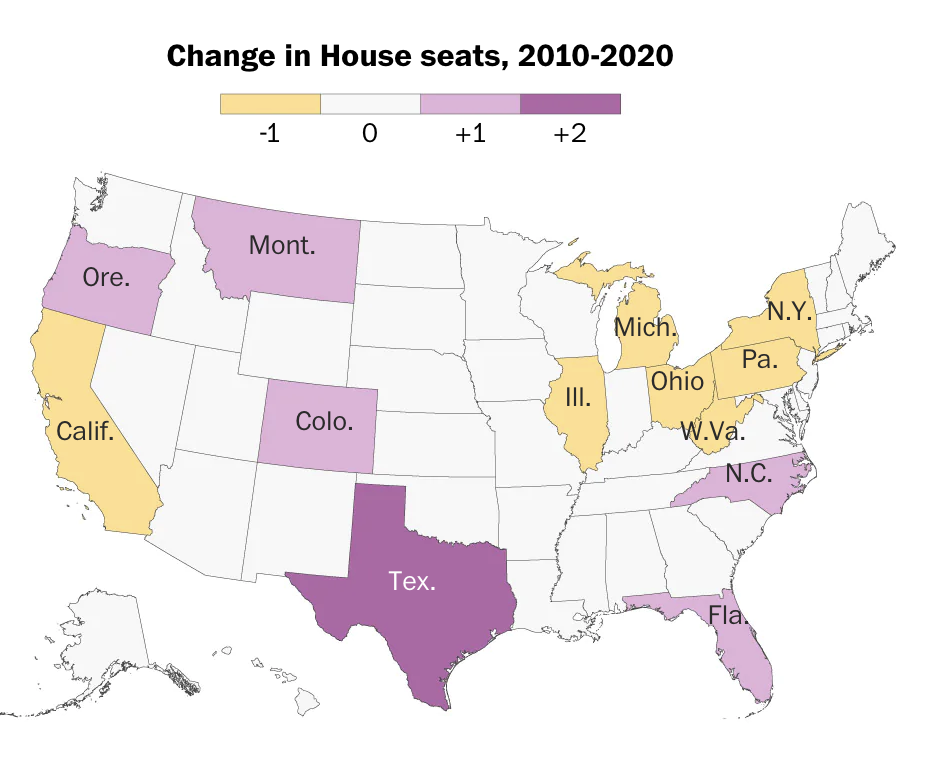 There are lots of reasons why this is the case, but one key point is that it isn’t for lack of people wanting to live here. Housing in the major East Coast cities and metros is unusually expensive compared to the rest of the United States, with the premium prices offering prima facie evidence that there’s strong demand to live there. But the Northeast also builds the least housing of any region, making it very difficult to have any net population growth. 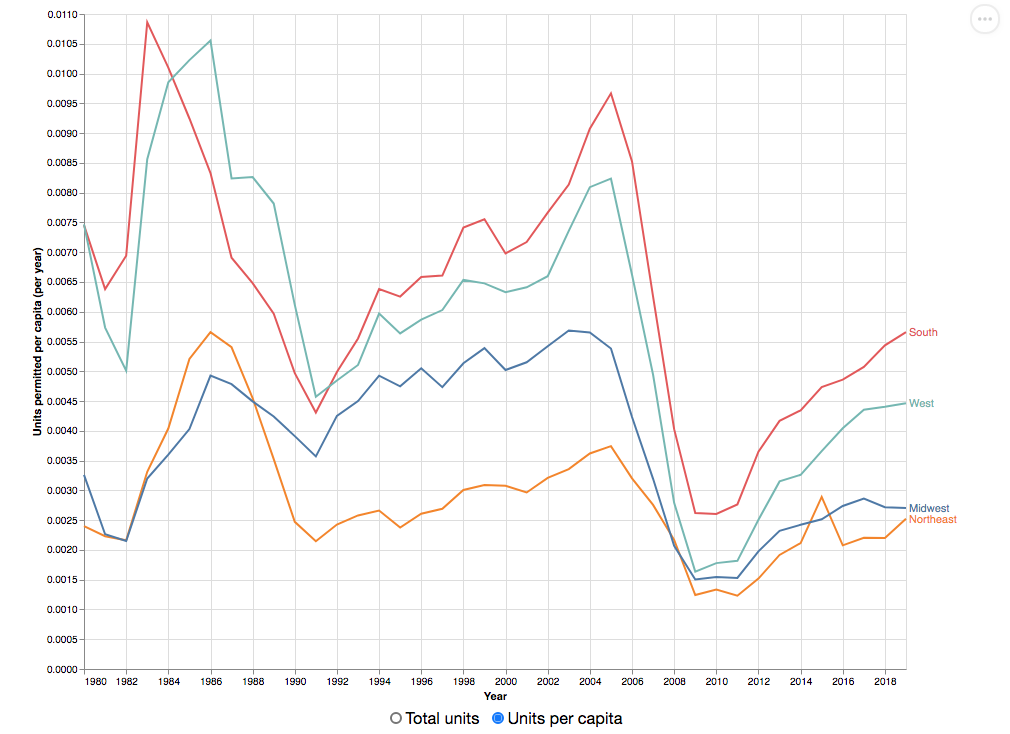 In one of the more unbelievable developments from the Census news, New York state will lose a Congressional seat after coming up just 89 people short in their count. And if Minnesota had counted 25 fewer people, New York would have maintained its same representation. As many have pointed out by now, 89 people is one or two more apartment buildings’ worth of people in New York. Any one out of dozens of housing proposals rejected by New York City elected officials over the years could have been the one to put the city over the line.

As we’ve written previously, members of Congress and the Pennsylvania state legislature who are sad this week about the loss of a Congressional seat, and don’t just want to sit idly by these next 10 years while the Commonwealth continues hemorraghing federal representation, should consider doing what it takes to engineer a real infill housing boom in the state, especially in southeast and central Pennsylvania. 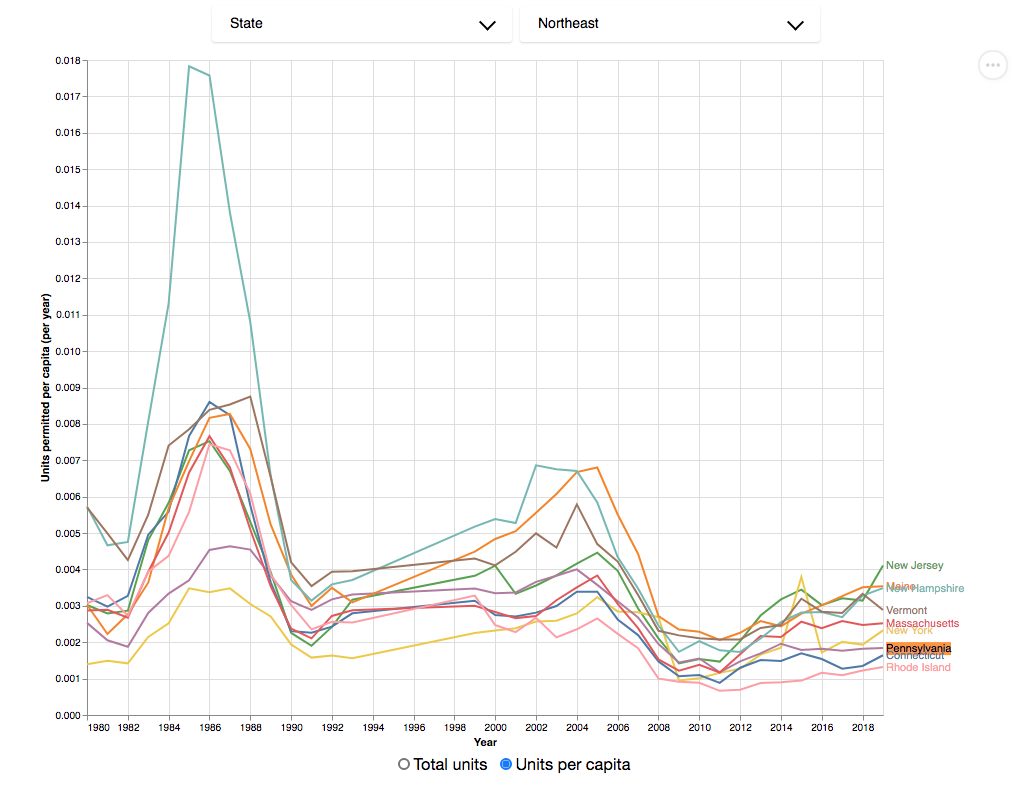 This is in part the result of a choice state lawmakers are making—explicitly or implicitly—to leave all the really important decisions impacting whether the population will grow or not up to thousands of uncoordinated micro-governments.

The higher governments have a legitimate interest in ensuring there’s sufficient housing growth happening in the places people most want to move to, and Pennsylvania’s “fair share” housing laws, related jurisprudence, and existing comprehensive planning mandates for counties already provide a solid starting point for state lawmakers to work from.

And at the federal level, members of Congress should consider co-sponsoring the bipartisan Housing Supply and Affordability Act, from Senators Amy Klobuchar (D-MN), Rob Portman (R-OH), and Tim Kaine (D-VA) which would create a new competitive grant program for cities who agree to undo exclusionary zoning laws designed to suppress much housing growth.

There are a dozen different creative ways Pennsylvania’s representatives could try and fix the low housing permitting problem from the state and federal level, but the point is that the loss of a Congressional seat (and nearly two!) should be a hair-on-fire moment for those lawmakers, and it's time for them to start taking some responsibility for what's happening.