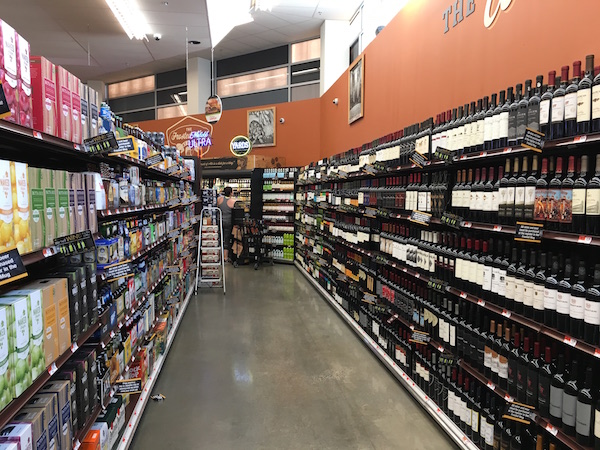 PA lawmakers are working on a new package of reforms to the Commonwealth's archaic Prohibition-era liquor licensing system, many of which sound at first pass like common-sense ways of encoding in the law the changes to the retail landscape that have taken hold since the PA Supreme Court ushered in a wave of pro-consumer changes almost a decade ago.

The only problem is, without creating more new liquor licenses at the same time—or a new and different class of licenses just for grocery and convenience stores—the changes they're proposing will just continue to run up the cost of already-scarce restaurant liquor licenses, needlessly increasing overhead costs for new restaurants and bars.

Pennsylvania's alcohol laws have been weird since the end of Prohibition, but they started to get a little less weird almost a decade ago when a PA Supreme Court decision finally opened the door to (some) grocery store and convenience store sales of beer and wine.

Before 2010, you could only buy six-packs of beer or bottles of wine from restaurants that had an "R" license—the most common type for a bar or restaurant with a full beer, wine, and spirit menu—buy 12-packs and larger quantities of beer from a beer distributor, and buy wine and spirits from a state-owned Wine and Spirits store.

Then, in 2010, the PA Supreme Court ruled that any retail store with a separate seating area could technically qualify as a cafe, based on a lawsuit involving Wegmans, and could thus be eligible to bid on an R license to sell six-packs and wine bottles. In the decade since the decision, many grocery stores have opened special beer and wine sections, which are always in a separate area of the store with a different cash register, and a cafe seating area.

Even though other states get along just fine letting grocery stores sell alcohol on the regular shelves, and letting people ring up their whole grocery orders at the same register, every participating grocery store in PA has had to play along with the silly pretense that they're operating a cafe, and needlessly wasting valuable store space on unnecessary seating areas. That's annoying from a shopper perspective to have to check out twice, but it's also way more convenient than it used to be.

The thrust of the new laws proposed in the House Liquor Committee would be to strip out some of the dumber elements of this workaround so we can all finally stop pretending grocery stores are restaurants. Charles Thompson at the Patriot News summed up the proposed changes:

These changes would all go a long way toward removing the silliest rules for buying beer in a grocery store post-2010, but the real trouble with this workaround system continues to be that R licenses are still way too scarce, capped by the state since the 1930's at just 1 license per 3,000 people in each county.

The PA Supreme Court, and then the legislature by omission, has let supermarkets and other large chains into the bidding pool for R licenses, but the state legislature hasn't increased the total number of licenses available, so one big upshot of the Court decision was to cause massive price inflation for liquor licenses. New deep-pocketed bidders now compete for the same fixed number of licenses as people trying to open simple neighborhood restaurants and bars, which now can cost as much as $350,000-400,000 in places like downtown York.

Neil Strebig at the York Daily Record talked to business owners in downtown York who say liquor license costs are now higher than the value of some of their businesses, turning the licenses into speculative assets that are losing all their use value to restaurant and bar owners. They say it's hampering the ability of new independent restaurants to open on York's downtown Restaurant Row.

Patel is the chef and owner of Hamir's Indian Fusion. Sincemoving from a concept at Taste Test to opening his brick-and-mortar restaurant, he said the cheapest license he has found has cost $350,000 to $400,000 – a price he can't afford. Without a license, he believes he is suffering at least a 25 percent loss in potential revenue.

"People that have it are not using it. They're using it as an investment and waiting for the highest bid to sell," he said.

[Royal Square Development and Construction] recently agreed toa holding contract for the York Blue Moon, in large part to help ensure the restaurant space and liquor license stays within the City of York, Bauer said. He said the increasing cost of a restaurant liquor license is a hindrance for developing towns and communities where an independent restaurant might not be able to afford the cost [...]

With the chains driving the price up, a restaurant liquor license — a quota license — is essentially worth more than the restaurant itself, Heim said. In some cases, as in the historic Accomac Inn in Hellam Township, restaurant real estate is hitting the marketwhile the liquor license is being held or sold separately [...]

While the potential for a new license class — a C-class for convenience stores — could erase the cost issue, Heim doesn't believe it will happen. For now, quota licenses remain in high demand.

Creating a brand new unlimited class of "C" Licenses for convenience stores is exactly the way to remedy this problem. It would place grocery and convenience stores in a completely different class than neighborhood restaurants and bars, and start to bring R license prices back down to Earth. That's just a start though, since the 1-per-3,000-people cap has always been set too low. A $400,000 liquor license is insane, but the $70-90,000 license prices of the early 2010's were also insane and there were even articles being written at that time lamenting the high costs.

Any changes, though, will have to contend with a powerful status quo bias that unfortunately gets a very friendly reception on both sides of the aisle in Harrisburg. Even the common-sense changes coming before the Liquor Committee are already running up against opposition from self-interested beer distributors who just want to retain their share of the beer market—something that really shouldn't be a public policy concern at all. If people turn out to prefer shopping in supermarkets to shopping at beer distributors, why is that a political issue?

Every time this issue comes up we hear the usual empty justifications for the status quo, from the unprovable claims about the supposedly superior dedication beer distributor and state store employees have to checking people's IDs, to the bizarre non sequitur claim that more economic protectionism for the winners of the current regulatory framework equates to better public health outcomes. This, despite Pennsylvania's much higher-than-average rates of binge drinking and drunk driving, compared to our Northeastern and Mid-Atlantic peers who allow grocery store retailing.

The sanctity of inflated liquor license prices has up until now been treated as the most important concern in these debates, unfortunately, even though public health and safety, commercial corridor economic development, consumer preferences, and in-state beer manufacturing interests all deserve much higher billing on the priority list than the R license holders. It's time to refocus our state-level conversation about liquor licensing on what really matters: facilitating safe entertainment for adults, and economic development of local Restaurant Rows and hospitality businesses.