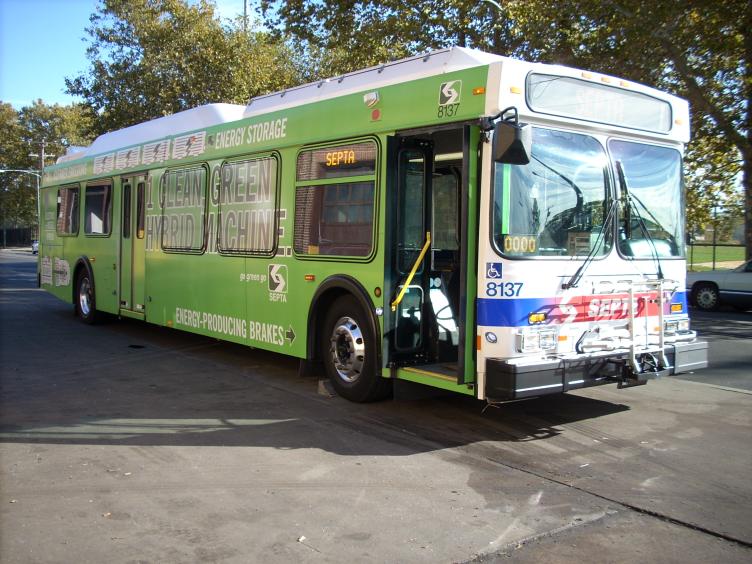 One important point of fact that's been curiously absent from the SEPTA strike conversations is that the state troopers budget is on course to gobble up the entire increase in transportation funding by the end of the decade.

Back in 2013, state lawmakers took a tough vote to increase transportation funding by uncapping the state's gas tax, which is expected to eventually raise around $1 billion annually.

The rationale for the funding increase was to repair the state's decrepit roads and bridges and invest in transit service improvements. PennDOT estimated they needed $2.8 billion a year just to bring everything to a state of good repair within a decade, but the final revenue package was less than half that amount. Transit agencies across the state, who had been living on a starvation diet for decades, received a very small share of this funding increase. Money is still tight, but they could finally begin to plan for some service improvements.

But then in June, Jan Murphy at PennLive reported that the state troopers, who are part of PennDOT's budget, are set to consume that entire funding increase by 2020, leaving almost nothing for service improvements.

Unless an alternative funding source is found to pay for state police operation, PennDOT officials project that by the end of this decade, it will consume nearly all of the approximate $1 billion in new funding expected to be available annually for road and bridges from a 2013 transportation funding law, known as Act 89.

Without commenting on the specific dispute over SEPTA's contract, it's uncontroversially true that spending more on employee compensation will mean reducing the share of the Act 89 money that's going to pay for transit improvements.

You don't need to be anti-union to think it would be a bad thing for the entirety of the proceeds from the Act 89 tax increase to go to personnel costs instead of transportation projects.

While some pundits and advocates on the left are viewing this stand-off from the comfort of their existing tribal affiliations, motivated by their support for unions generally, the reality is that there is a competing and equally legitimate progressive interest in prioritizing Act 89 revenue for the service improvements that were promised.

Improvements like more frequent bus and subway service, free transfers, and ADA-accessible trolleys and subway stations are critical for increasing freedom of mobility and affordable transportation for the predominantly low-income riders and high-need individuals who ride city transit. They also cost money, which comes from the same shrinking pot as pension payments.

A recent report from the Center for Neighborhood Technology found that, after housing, transportation is the second-biggest piece of the puzzle for addressing Philadelphia's chronic poverty, so these transit improvements aren't peripheral to addressing poverty; they're central. From CityLab:

Transportation costs are the third-biggest income-eater for low-income Americans, after housing and food. For Philadelphia, the biggest-ticket poverty-reduction item is expanding transportation access, with goals to reduce the need for workers at every income tier to drive alone, and to open up jobs previously too hard to get to.

Relying on the CNT’s Housing and Transportation Affordability Index, the CNT estimates that if Philadelphia grew the number of jobs accessible by a 30-minute transit ride by 12 percent, that could translate into roughly 4,700 newly accessible jobs for people living in poverty. That could chip away at about a third of that $476 million target. According to the agenda, the city could accomplish this by increasing transit service, or withsofter options such as rideshare and employer shuttles, like Buffalo Niagara Medical Campus’ GO BMNC program.

With federal lawmakers unable to agree on a sustainable solution for long-term transportation funding, state lawmakers unlikely to vote for another gas tax increase anytime soon, and city lawmakers unlikely to meaningfully increase the city's contribution to SEPTA, Pennsylvania is probably living in the best of times for transit funding for the foreseeable future.

While some would like to characterize the politics of the SEPTA contract as a stand-off between middle-income drivers and high-income managers, it is more accurately a conflict between SEPTA's middle-income employees and its mostly low-income ridership, since the really important trade-offs in the budget are between funding for personnel and funding for service improvements.