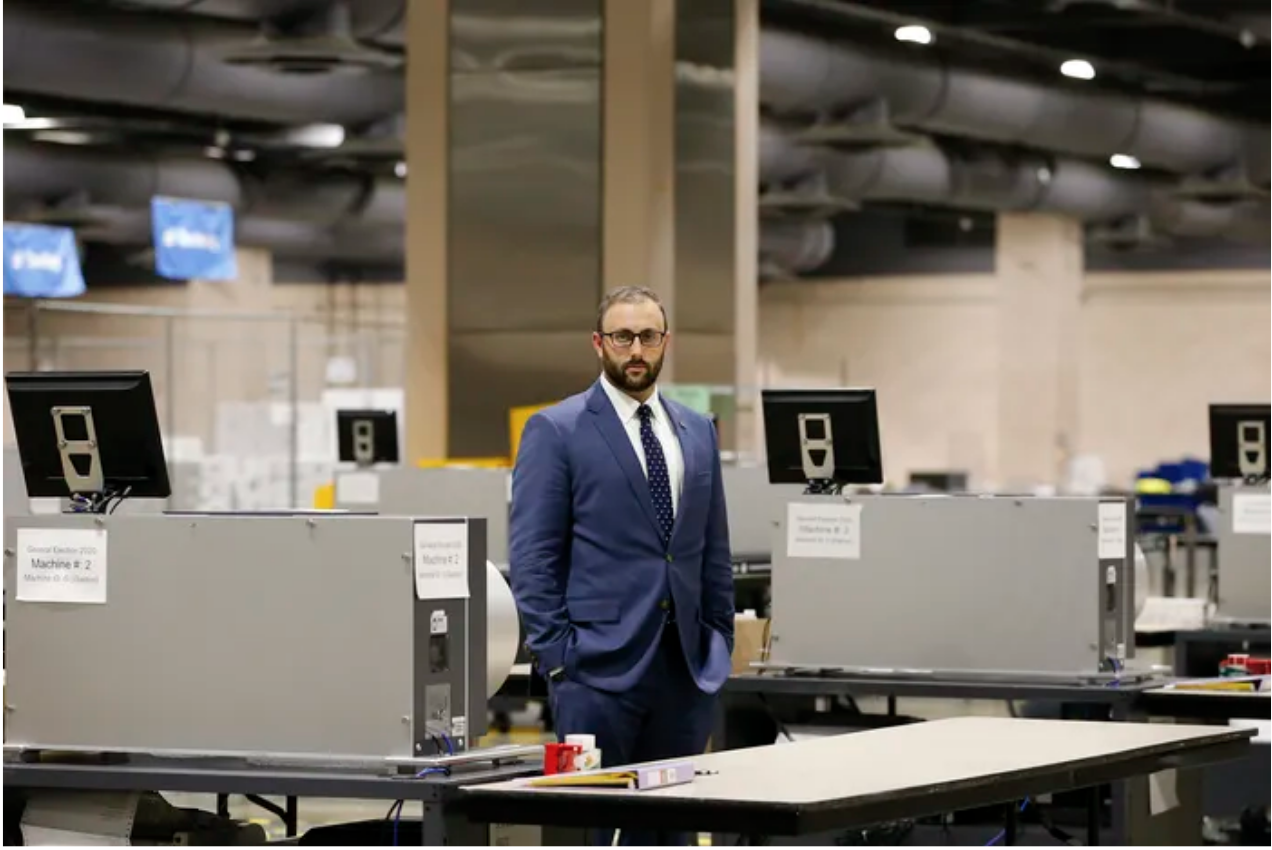 City Commissioner Al Schmidt announced this week that he will soon resign from his position in order to take the helm as CEO of Committee of Seventy, Philadelphia’s venerable century-old good-government advocacy organization.

The move makes a lot or sense for Schmidt—a registered Republican and holder of the guaranteed non-majority party seat on the 3-member City Commissioners board—after the genuinely courageous role he played in 2020 administering Philadelphia’s election fairly and professionally despite facing down the national Republican Party and frightening death threats and intense personal harassment from party activists.

One interesting political question now is about what happens with the open City Commissioner seat with Schmidt stepping down mid-term. At this point in the term, there’s no special election—Mayor Kenney gets to directly fill the open position for the remainder of the term, and the only requirement is that the replacement can’t be another member of the majority party. 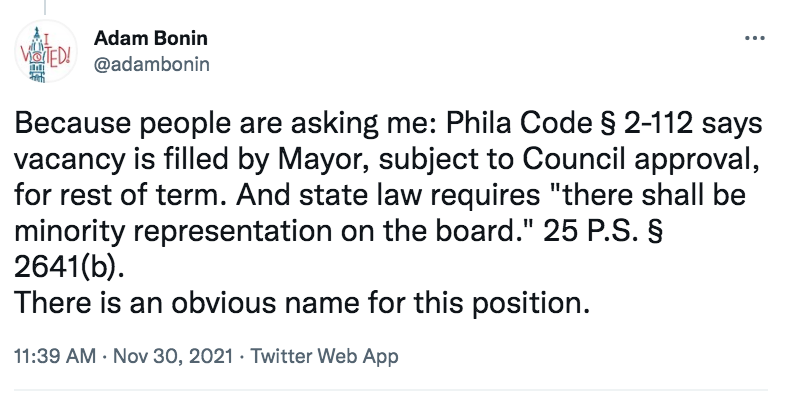 The obvious and correct choice for the job is Schmidt’s Deputy Commissioner, Seth Bluestein. Bluestein has a decade of experience administering Philadelphia’s elections and would come to the job with no learning curve to overcome. Bluestein also came up through a competent office on the Commissioners board and is widely regarded by local election observers as integral to the functioning of city elections, especially in the upcoming 2022 midterms.

Bluestein also displayed personal courage in the face of harassment and anti-Semitic attacks on himself and his family, and while this isn’t necessarily in itself a qualification for holding public office, it does speak very well of his character. The intense same-party pressure on the Republican Commissioner’s office to play along with the 'Stop the Steal' election narrative coming from the national and state parties, combined with the extreme personal discomfort staff were facing, made their choice to be very high-profile defenders of the integrity of Philadelphia’s vote counting all the more respectable.

The other reason for Mayor Kenney to make the easy choice to go with Bluestein as the interim replacement for Schmidt has to do with the “compared to whom” question.

The fact that the position can’t go to a Democrat, and must go to an unaffiliated person or member of a minority party, calls up memories of Working Families Party Councilmember Kendra Brooks winning one of the two non-majority At-Large City Council seats in 2019, and there’s been some chatter online about the possibility of a WFP candidate getting the nod instead. This is the only other office in Philly that has a non-majority party requirement like this, so it's seen as one of the better prospects for WFP to potentially add to their bench of elected office-holders.

So far there aren’t any specific names floating around for such a candidate, but if the Working Families Party does have a top-notch election technician waiting in the wings, that person deserves a fair hearing from Mayor Kenney.

What everyone should strongly resist, however, is the notion that simply putting someone with more stridently left-wing politics in the Commissioner’s office would on its own fix any important problems there.

The big problems with the Commissioners’ office are mostly technical in nature, and the most important political axis that matters is all about competence vs. incompetence, not left vs. right. The idea that electing somebody with further to the left politics will on its own make anything better is a total non sequitur. The nominee needs a working understanding of how elections are run locally and the state requirements the office works under, the specific problems with Philly election administration and workable ideas to fix them, and a record of success at program and policy implementation. There's good evidence Bluestein has these qualifications, whereas the pool of people outside of government who aren't currently registered as Democrats or Republicans who could claim to have these skills is extremely limited.

What’s more, having a Republican official with demonstrated professional integrity in one of the three seats is a useful benefit to Philadelphia in the likely event that the national Republican Party once again tries to discredit Philadelphia’s election results. Like him or not, Al Schmidt’s registered Republican status was a powerful shield for that very reason. The same-party nature of the feud over Philadelphia’s vote count allowed persuadable people in the middle to see that the national GOP was blowing smoke, whereas with a straight Republicans vs. Democrats fight it would have been harder for the truth to break through.

That’s a shield the city still needs in 2022, and it’s one we can continue to use if Mayor Kenney makes the smart choice and appoints Seth Bluestein to fill Al Schmidt’s vacated seat.

Stay in the loop with all the latest politics and policy news in Philadelphia and Pennsylvania by signing up for Philadelphia 3.0's weekly email newsletter