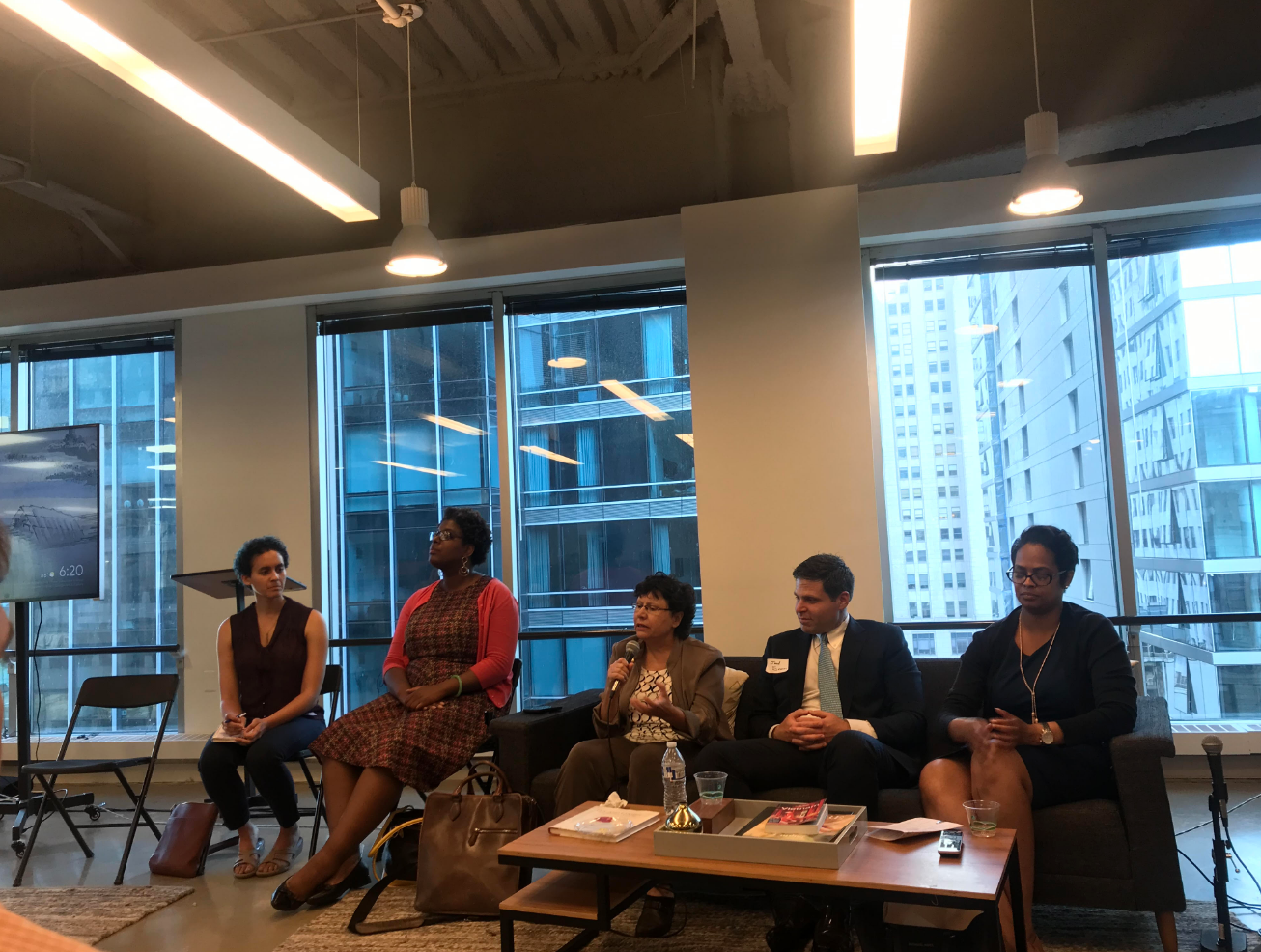 One of the big themes candidates discussed a lot during this year's City Council campaign was refocusing economic development policy to create more opportunities in places outside of Center City, and commercial corridors are a great focal point for thinking about how to do that in practice.

There's already existing commercial activity to build on, and they cover a broad swath of the city, so focusing economic development resources on building up these places ends up being a pretty good way to touch most of the city. 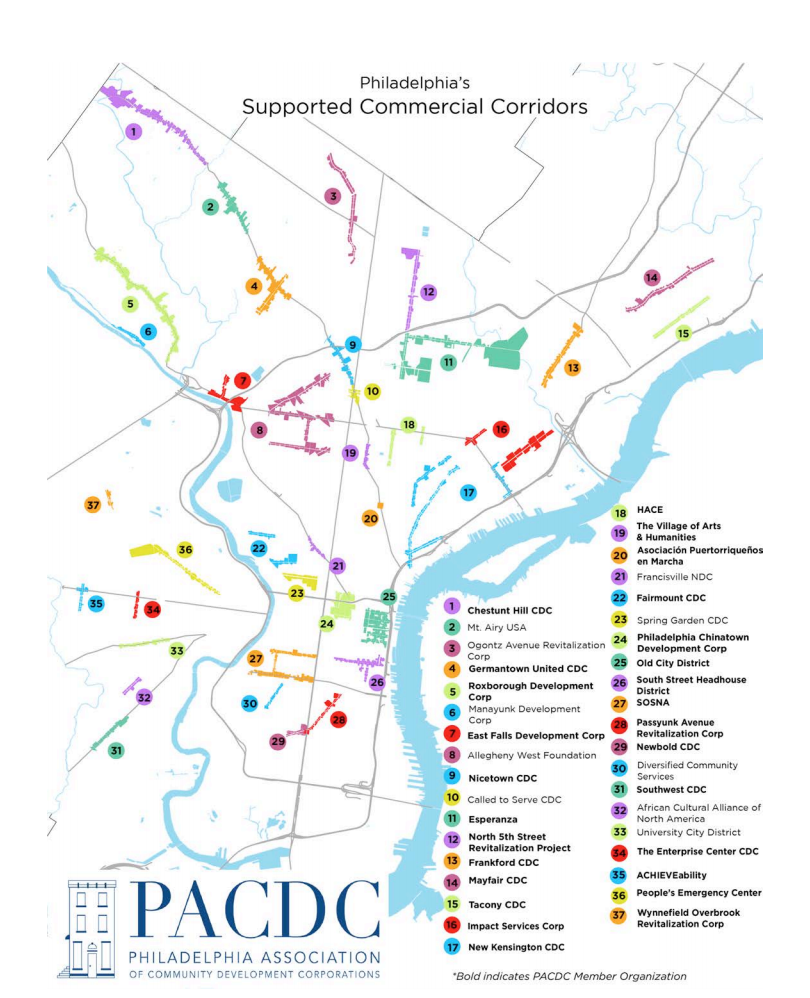 Philadelphia's state delegation has made commercial corridor economic development a priority too, including it as one of the sections of the Philadelphia Platform, their 24-point legislative agenda which was spearheaded by some of the newer members.  The biggest goal of the platform is poverty reduction, which they want to achieve through a mix of workforce development, economic development, criminal justice and public safety reform, and infrastructure initiatives.

The commercial corridor section calls for increasing local applications by corridor organizations to the existing state programs like Neighborhood Assistance Program and Keystone Communities that fund corridor management activities, increasing small businesses' access to capital, leveraging PennDOT and DCED multi-modal fund grants for corridor infrastructure projects, and focusing on the corridors in areas the Governor designated as Opportunity Zones, which were created in the 2017 federal TCJA tax bill.

To help elevate this important discussion, Philadelphia 3.0 hosted a discussion this week with three of our state representatives who were some of the most engaged with putting together the Philadelphia Platform, Pam DeLissio, Jared Solomon, and Morgan Cephas, along with some of the corridor managers working on the ground with business in areas outside of Center City. We were joined by Alex Balloon of Tacony CDC, Tempest Carter of the Enterprise Center, which manages 52nd Street, and Andréa Hodge of Oxford Circle Christian Community Development Association.

One difficulty with passing the platform, of course, is that Democrats are in the minority in the legislature, and minority party bills have a harder time advancing, but Rep. Solomon told attendees that they have buy-in from Republican leadership on 7 out of the 24 planks. He said they had first discussed the platform with the Republican leadership before introducing it.

Rep. Solomon said the number one problem facing corridor groups is capacity. A lot of state money exists for the types of projects corridor organizations would want to fund, however, you can't get the funding if you don't apply, and many areas that could use the help don't have the local capacity to complete the applications, liaise with state officials and other local partners, or carry out the work if the money is awarded.

Rep. Pam DeLissio noted that the state's Main Street and Elm Street programs, which fund corridor organization operations, saw big cuts during the Great Recession. About a decade ago, there were large cuts to both of the biggest funding streams that support commercial corridor organizations like community development corporations: Community Development Block Grants at the federal level, and Main Street and Elm Street at the state level.

In addition to the capacity issues with applying for funding, it's also not always obvious what money is available. Not even the state representatives are always aware of all the different economic development programs that exist, DeLissio said. She gave the example of a Small Business Advantage program that she didn't know existed until recently, when she saw a number of grants awarded to a single district in Erie, where the representative happened to know about the program and was one of only a few to apply.

Access to capital for small businesses is also a major ongoing challenge, said Tempest Carter of the Enterprise Center. The Enterprise Center has had success attracting small corridor businesses to 52nd Street, but getting them access to loans for capital improvements or expansion has proven very difficult.

The Philadelphia Platform has a few different proposals to help on this score to promote the existing grant and low-interest loan opportunities that exist, which many small business owners may not be aware of, or which may have difficult application processes. They also propose that the PA Treasury could securitize loans for local banks to support local businesses, helping mitigate the risk of expanding access to capital for the institutions most likely to fund small businesses, due to their who have the most local knowledge of the local market to :

"Furthermore, these corridors cannot succeed unless small businesses have access to capital to either get off the ground or expand. Organizations like the Merchants Fund and Philadelphia Industrial Development Corporation (PIDC) help in this regard; in 2016 PIDC gave loans to 75 small businesses including 60% of this lending to minority- or women-owned companies.  In the state, much of the help comes from either technical or bureaucratic assistance through things like the Small Business Assistance Network (SBAN) or lending vehicles from the Treasury funneled through community banks. However, these programs and resources are often not the most user-friendly and most small business owners remain unaware of them."

Thanks again to all of the speakers for coming out to discuss their work, and for the great work they're doing on a challenging issue in Philadelphia. Learn more about the Philadelphia Platform by reading the document, and sign up for our newsletter for more news and updates on these initiatives.