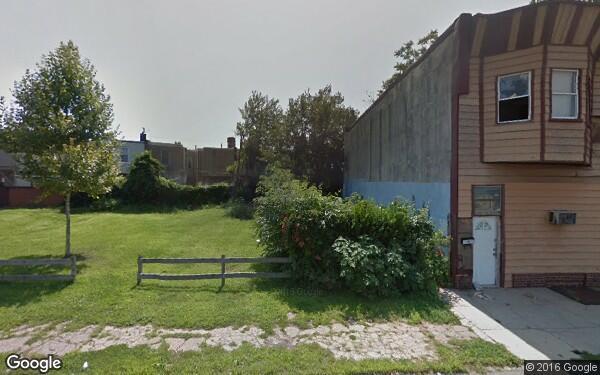 The reports that Councilman Kenyatta Johnson has now been caught twice steering city-owned land to the same campaign donor have begun eliciting a political response, but predictably, all the policy changes elected officials have embraced so far fail to address the core issue: that City Council ordinances shouldn't be required to sell city land.

In response to Councilman Johnson's ongoing land scandal, Johnson and Council President Darrell Clarke introduced a bill that would create largely redundant clawback provisions on top of the clawback provisions already in place that would rescind land sold by the city if no development activity has begun within 18 months.

A clawback provision like this already exists, but the move is significant in that it allows Clarke and Johnson to appear like they're doing something about the problem, while actually doing nothing.

Mayor Kenney also issued an executive order, effective immediately, that would try to limit flips on city-owned lots, so as not to leave money on the table that the City could have gotten instead. Kenney says he's considering the possibility of extending this to Sheriff's sales as well.

Ryan Briggs explains what it would do:

The overhaul, enacted through executive order, places additional checks on land sales and deed restrictions aimed at preventing property sold by the city from being left idle or flipped through a resale.

But while the directive intends to reduce political influence over sales, it does not directly limit City Council influence over sales or otherwise restrict “councilmanic prerogative,” the informal control district council members hold over development issues on their home turf.

Kenney’s changes include new deed restrictions containing a clawback provision that requires land to be improved within 18 months and otherwise maintained for a term of five years before resale.

Sales would require similar sales to instead be approved by Public Property Commissioner Bridget Collins-Greenwald, who reports to the mayor, and the Vacant Property Review Committee, which is chaired by an appointee of Council President Darrell Clarke.

Clarke and Johnson's legislation contains similar provisions, requiring an inspection after 18 months to make sure applicants did what they promise, and it would also require that all properties moved into the Redevelopment Authority or the Land Bank receive an appraisal for their fair market value, to be reviewed by the Vacant Property Review Committee. The VPRC would also be required to draft a written process for property disposition, and the Law Department would be tasked with enforcing all of this.

These ideas range from sensible to possibly harmful, but regardless of how you feel about them on the merits, they just all fail to address the central problem, which is that Councilmanic Prerogative over land disposition is bad, it's enabled by a bad provision in the City Charter requiring Council ordinances to sell city-owned land, and the Vacant Property Review Committee is captured by City Council.

We can design all the nice-sounding, thoughtful processes we want, but at the end of it all, we still need Council to pass an ordinance because of the Charter language, which gives them all the leverage. And crucially, as long as the ordinance requirement is in place, whether or not the process kicks into motion in the first place is always going to depend on whether the Councilperson supports selling the parcel or not. We don't ever hear about expressions of interest unless a Councilmember decides to take action on something, and we never get to see the ones that get thrown in the trash with no public discussion.

This is all happening, by the way, while the Land Bank is in the process of beginning their strategic plan, and of course nobody has considered the possibility of making any of these changes as part of that process. That's because neither Johnson nor Clarke envision themselves really using the Land Bank—the body that was created to manage all of this—as the primary way they'll distribute land in their districts.

The only sure-fire solution is to amend the City Charter to remove Council from the process, but unfortunately, Council President Clarke is doubling down on the role of Councilmanic Prerogative here, arguing that it's better to have an elected official decide who gets the land than "some bureacrat." From Ryan Briggs' s report:

"Clarke has largely rejected suggestions that lawmakers’ influence ought to be curtailed in the wake of the Johnson scandal. He said this week that no one else understood the nuances of Philadelphia neighborhoods better than district Council members.

“In all honesty, and I know I’m biased, I feel a little more comfortable with the person I elected and I voted for than some bureaucrat,” he said.

Instead of limiting Council powers, Clarke wants to extend reforms to other agencies involved in managing thousands of publicly owned lots –– such as the Land Bank or the Philadelphia Housing and Development Corporation. “We need to have some uniformity in property disposition,” he said.

The problem is that the two concepts Clarke is expressing here are in direct contradiction. A system with more uniformity is the opposite of a system where one person is empowered to make random, discretionary decisions about land sales.

If we have some basic guidelines from the Land Bank for how to think about the best uses for different kinds of properties in different kinds of neighborhood contexts, and we're also committing to put all lots up for competitive bidding, as Councilman Johnson has promised, then it's unclear exactly what role City Council would still have—other than tossing the process aside when it's convenient over short-term political considerations.

As Clarke himself told William Bender, he barely has the ability to keep tabs on what's happening with individual land sales in his district, which is exactly why it's a good idea to turn it over to an administrative process.

Clarke stood by the tradition Thursday, saying it is the most practicable way to handle the land disposition resolutions required under the City Charter.

“These Council districts are large – 160,000 people. To be honest with you, I have enough difficulty trying to follow the nuances of property disposition in my district," he said.

The alternative to bureaucrats, as we've seen from the Johnson scandal, is that all the power is vested in one person to decide which of their buddies should get city properties, with basically no recourse for voters to stop the corruption without unelecting that person.