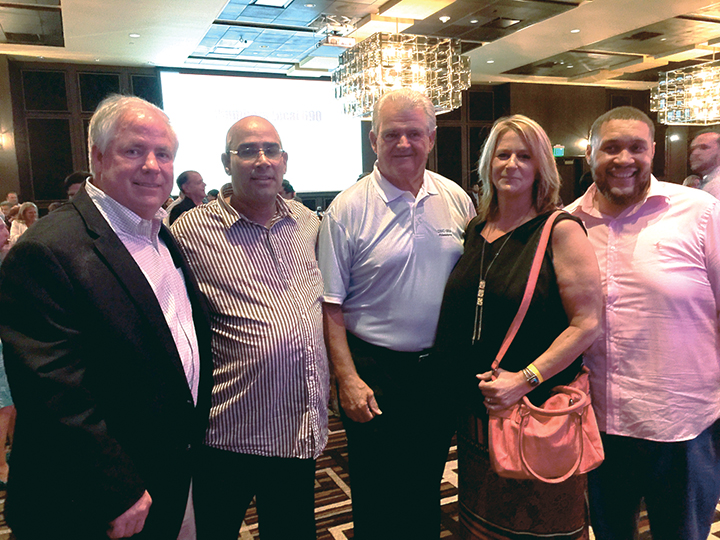 Election Day in the 197th State Rep district strengthens claims about voter fraud and undermines efforts to modernize our election system. The PA Attorney General’s office just called it out. But there’s no solution without the local Democratic party leading the charge.

On March 21st of this year, a special election was held to fill the vacancy in the 197th State House seat. The seat became vacant following former-State Rep. Leslie Acosta’s guilty plea in a money laundering case. Acosta, of course, replaced former-State Rep. J.P. Miranda, who also plead guilty to felony charges after he hired a ghost employee to funnel tax dollars to his sister.

Following the State House’s refusal to seat Acosta, the ward leaders representing the 197th District picked Freddy Ramirez as her replacement. Unfortunately, Ramirez doesn’t actually live in the district, a determination made in large part due to the infrequency with which he flushed the toilet at a property he claimed was his primary residence.

So the ward leaders convened for a second time and selected one of their own, 47th Ward Leader Emilio Vasquez, as the Democratic candidate for the race. However, because Ramirez was knocked off after the petition deadline, Vasquez couldn’t appear on the ballot. That meant the party would support Vasquez via a write-in campaign.

Rounding out the field was Republican Lucinda Little, the only candidate to qualify for the ballot, and Green Party candidate Cheri Honkala, who mounted her own write-in campaign.

Because Little’s was the only name on the ballot, Election Day presented some unusual challenges. Namely, anyone voting for the Democratic candidate was required to cast a write-in vote. This would be challenging in any context, and even more so in a part of town with a high number of Spanish-speaking voters with limited English proficiency.

Certain eligible voters can enter the polling booth with an assistant of their choosing to help them cast a ballot. This is intended for people with visual or mobility impairments who may legitimately need physical help casting their vote. State and Federal laws governing voter assistance are stringent, as the prospect of a stranger entering the poll with a voter—especially a voter who doesn’t have complete mastery of the ballot and voting machine—raises serious concerns. Unfortunately, the City Commissioners do not have this situation under control from a monitoring and enforcement standpoint.

Election day in the 197th was such a mess that the Green Party and the Republicans—not the world’s most natural allies—filed a joint suit claiming “numerous significant and material violations of the Elections Law.” That case is still pending, but in the meantime, the Pennsylvania Attorney General’s office has decided to weigh in. And it’s not pretty.

The AG’s office conducted an investigation and “uncovered a course of illegal conduct by the entire local election board” at the poll for the 43rd ward, 7th division. The office charged that polling station's Judge of Elections, Minority Inspector, Machine Inspector, and Bilingual Translator with nine counts, including fraud by election officers, intimidation of voters and interference with the free exercise of elective franchise, repeat voting at elections, and tampering with public records.

At the heart of all of this is an underlying issue with voter assistance.

In the affidavit, the AG’s office contends that the City Commissioners training materials, including the handbook, “provide confusing and inaccurate information” about voter assistance. Namely, the handbook states on one page that voter assistance is impermissible, while on another it outlines the process for voter assistance. It’s not surprising, therefore that “Nowhere in those pages… does it articulate which voters are legally permitted to have assistance.” And then there’s this:

It would be interesting to know which City Commissioner has such a poor understanding of the Pennsylvania Election Code.

In the 197th, the loosey-goosey approach to voter assistance resulted in voters receiving assistance for the following reasons: “Write-in,” “Didn’t Understand,” “It’s New,” “Don’t Know How,” “New Voting Rules,” “General Assistance,” “Booth,” “Stamp Vote” and “Help with Write-In.” As the Attorney General’s office notes, none of these reasons qualify for assistance under state law. And it’s impossible to know how many of those instances involved voter assistance that the voter was comfortable with, as opposed to assistance that was more coercive.

The upshot of this totally unwieldy approach to voter assistance was that an insane number of voters were provided with voter assistance. In the 197th Special Election, 2,694 votes were cast and 617 Voter Assistance Declarations were submitted. That means nearly 25% of all voters received assistance. But fewer than 20% of the 617 declarations were for reasons that met State and/or Federal law and were statutorily permissible.

The voter assistance problem didn’t swing the election—Vasquez was always going to win—but that’s not the issue.

The 197th is the kind of case that gives ammunitiion to conspiratorial electeds like Daryl Metcalfe who want to curtail voting access. Harrisburg is never going to approve much needed election modernizations that enfranchise voters, such as vote-by-mail, no-excuse absentee, and early voting, when the kooks can point to this nonsense as proof of voter fraud. And considering the city’s overwhelming Democratic registration advantage, helping Philadelphians vote means helping Democrats vote.

The local party knows this, but has never stepped in to help remedy the underlying issues in either the 197th or the City Commissioners Office. Perhaps part of the reason is an underlying tension between helping all Democrats vote and helping the party’s preferred Democrats get elected.

With that in mind, unless and until the local Democratic Party commits to building a better election system, it will never ensure that every voter can cast a ballot. Yet another reason why city Democrats who want to help reform their party organization should run for Committeeperson seats next year.