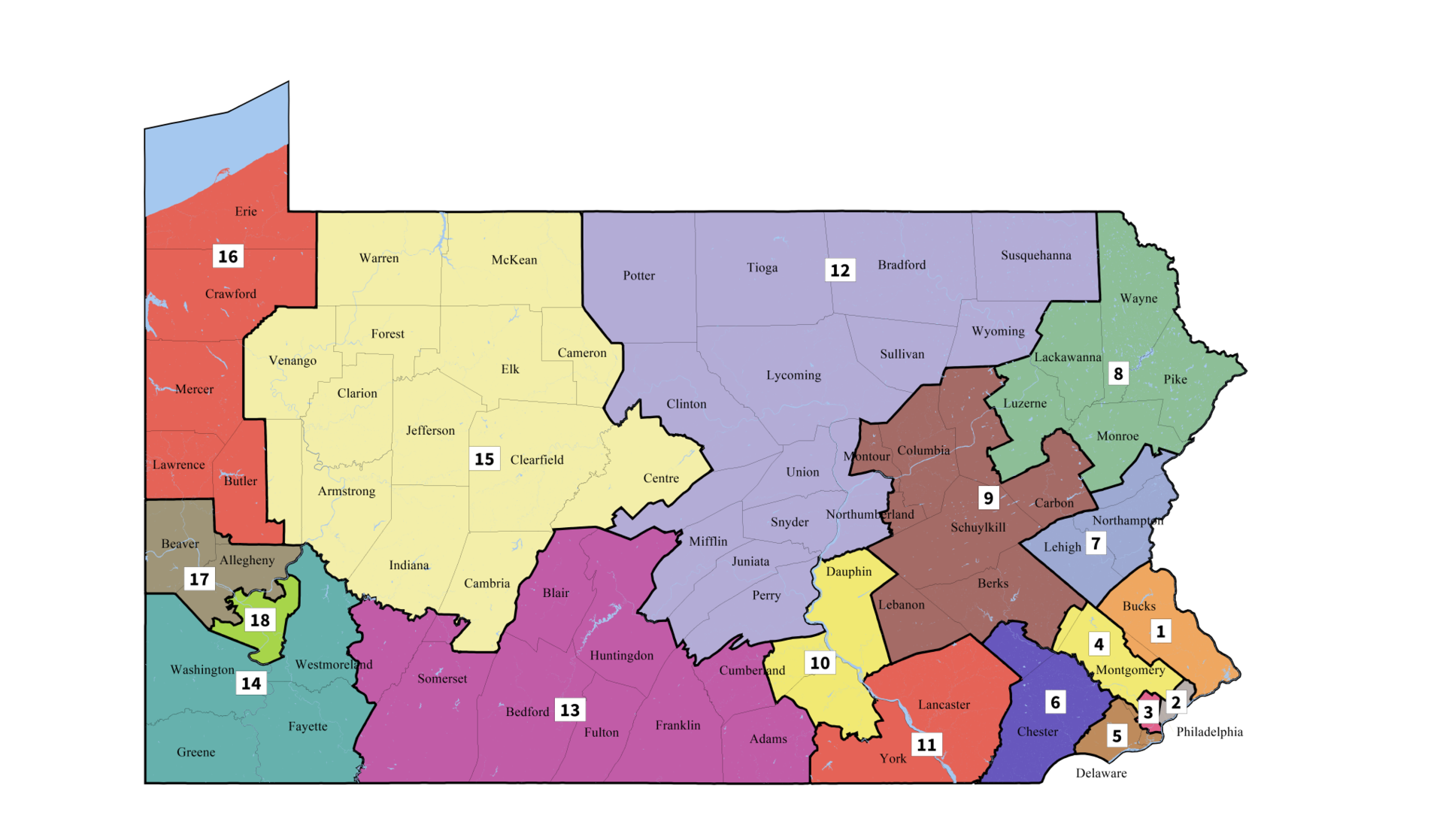 One such move that we’re watching play out right now in Harrisburg is a push by Republicans to create brand new judicial districts for electing Supreme Court judges in advance of legislative redistricting next year.

Democrats have had a 5-2 majority on the Supreme Court since 2016. The Democratic majority famously threw out PA's gerrymandered Congressional map in 2018, undoing a major structural advance for Republicans. The Court once again could provide a backstop to how far Republicans can press their advantage in redistricting should they retain their majority in the state legislature, so legislative Republicans are trying to create a new districting system that doesn’t make any sense other than as a way to increase the number of Republican judges on the state's high court. Here's how the AP explains it:

The crux of the Republican-penned constitutional amendment is this: Instead of Supreme Court justices and appellate court judges running for 10-year terms on the bench in statewide elections, they would run for the seats in judicial districts where they live.

There is some precedent for that. Four states elect high court judges by district to a first term, according to information from the National Center for State Courts.

But in most states where voters pick high court justices — 18 out of 22 — they are elected in statewide contests.

Democrats call judicial districts a scheme to gerrymander the courts, now that the Supreme Court has a Democratic majority that could prove durable well past 2030. Diamond and other supporters said it would create more geographic and ideological diversity on the court.

Because this would be a constitutional amendment, Governor Wolf can't veto it, so the whole thing depends on what Republicans are able to agree on within their caucus. To pass a constitutional amendment in Pennsylvania, you need to pass a bill in two consecutive legislative sessions, and then pass a statewide ballot referendum. This term would be the Republicans' first shot at it, and whether it keeps advancing will come down to whether they hang onto their majority in the November elections, and by how much.

There’s also an effort afoot to undo an underrated source of Republican overrepresentation, with the NAACP filing suit to end a practice that advocates have dubbed “prison gerrymandering”—counting incarcerated people as residents of the place where they're imprisoned (more often rural areas) rather than where they last lived (more often urban areas.) More than 12,000 prisoners are from Philadelphia, making up about a quarter of the state's inmate population, according to reporter John Mitchell.

With the Census getting underway, with big consequences for legislative reapportionment next year, the NAACP and other advocates are planting a flag to change how incarcerated people are counted, arguing that Pennsylvania's policy is in violation of the constitutional requirement that elections be free and equal. Pennsylvania’s neighboring states in New Jersey, Maryland, and Delaware all count prisoners in their home districts, according to the Pennsylvania Capital-Star.

Once the Census data is available, state lawmakers will use it to draw new legislative districts of roughly equal population. If NAACP is successful, incarcerated individuals would be counted as residents of their home districts, potentially leading to more Democratic representation depending on how districts are drawn.

It’s not just a one-dimensional partisan fight, however. There’s also the issue that representatives of districts where prisons are located care about a major employer and the jobs associated with them, and also don’t want their districts to change significantly. The Citizen Voice quotes two Scranton Democrats sounding off against the idea, just for one example:

"Given our ever dwindling prison population under the so-called leadership of Gov. Tom Wolf and Corrections Secretary John Wetzel, the impact of ‘prison-based gerrymandering’ is inconsequential when compared to the rampant, partisan redistricting that occurs following each census,” state Rep. Gerald Mullery, D-119, said in an email.

Mullery noted he supports legislation to create an independent commission for both congressional and legislative redistricting. Legislative districts are currently chosen by a five-member panel consisting of appointees chosen by the Republican and Democratic leaders of the House and Senate, as well as a fifth member, usually selected by the state Supreme Court.”

Given the partisan implications and the home-industry implications of this change, litigation may be the most realistic path forward for advocates to get any traction on this issue before redistricting in 2021.

Read more about Pennsylvania redistricting, along with other political news, events, and updates from Philadelphia 3.0 by signing up for our email newsletter and following our Facebook page.