Three Big Opportunities for Philly in the Federal Infrastructure Bill 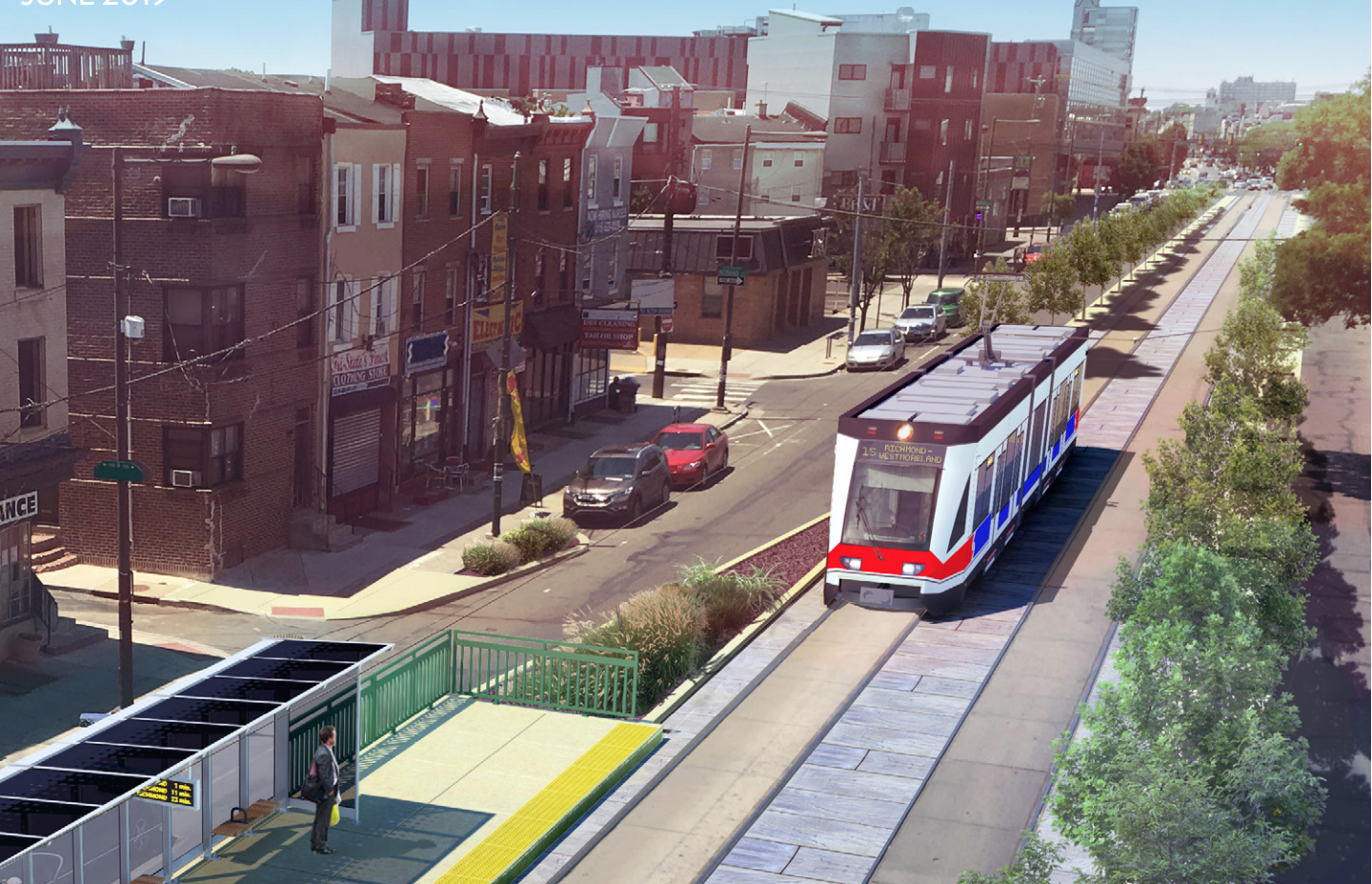 Congress finally passed an infrastructure bill after months of unsightly sausage-making and the details of the final $1.2 trillion package are still trickling out as everyone digests what the local effects are likely to be for the Philadelphia region.

The bill is massive and you can find a good high-level summary of the broad funding areas and what they mean for Philadelphia over at the Inquirer. There are a few things in particular worth calling attention to though that may be especially high-impact for Philly, and that state and local leaders should begin planning around.

Pennsylvania is expected to receive about $11.3 billion in highway formula funding alone over 5 years, and another $1.6 billion for bridge replacement and repairs. The bill will also send about $2.8 billion to Pennsylvania for public transportation, but this includes money for inter-city rail expansion and other railroad work that’s more than just transit, the way people tend to think about that.

One upshot of this is to make it more likely that the top two transit infrastructure asks for officials in the Philadelphia region—King of Prussia Rail and trolley modernization—will get the funding they need to proceed. SEPTA is set to get about $120 million more a year in net new revenue, on top of the roughly $300 million they receive annually already. There’ll be about $540 million more in funding for SEPTA over 5 years on top of their normal allocation, according to Congressman Dwight Evans’s office.

The most important piece of the bill to watch though is the $100 billion in competitive grant funding that will be managed by the U.S Department of Transportation, where Secretary Pete Buttigieg and his team (which now includes a lot of top-tier transportation reformers on the staff) will have a lot of discretion about what to fund.

There’s no shortage of worthy transit and multi-modal projects that could win funding from this pot of money, and the city needs to set some priorities for what they want to go after. Street safety projects like the Spring Garden Greenway and other bus, bike, and trail projects could be expected to fare well based on the public statements from Buttigieg and others about the kinds of projects they’re most excited about, and this should all be to Philadelphia’s benefit if local politics will allow for it.

On the whole, it must be said that the bill is not exactly an unabashed win from a transportation reform and environmental perspective. For some skeptical takes, read the reaction posts from reformer organizations Transit Center and Transportation for America. Money will flow from the federal government to state Departments of Transportation relatively unrestricted, which in theory could mean highway funds are able to be flexibly spent on transit and multi-modal projects instead. In practice though, the default mode for state DOTs is spending more on highway expansion, and that’s certainly been true of PennDOT in Pennsylvania.

A lot of what happens next with project selection will hinge on whether the next Governor wants to shake up the business-as-usual leadership in the state DOT, and especially its regional District offices. Local leaders can do their part by prioritizing a competitive list of projects for funding and rallying support for those with the state and Congressional legislative caucus in a coordinated way.

Undoing the Damage to Neighborhoods Divided by Highways

Speaking with Rep. Dwight Evans this week, the Congressman is very excited about a particular $1 billion pot of funding called the Reconnecting Communities initiative that’s aimed at reconnecting neighborhoods that were split apart by highways in decades past.

In terms of federal spending, $1 billion isn’t really a lot of money considering it’ll have to be spread across multiple very expensive projects across the country, but Rep. Evans has been trying to lay the political groundwork for Philadelphia to put in strong applications for highway caps for Chinatown and Nicetown. Capping 676 has been under discussion for a while now both locally, and with the federal DOT during the Obama years. Just this week there was an article about the momentum building for this with Chinatown civic and economic development organizations, and on Friday morning Rep. Evans hosted a Chinatown walking tour with Polly Trottenberg from U.S. DOT to bring more attention to the idea.

So the hype machine for these cap projects is already in full swing, which seems like a good sign, and Rep. Evans’s other big takeaway when we spoke this week was that Pennsylvania, and Philadelphia in particular, are advantaged by strong relationships that Evans and others have with key committee leaders in Congress and the Biden administration, buoyed by Pennsylvania’s starring role in securing Congressional Democrats their House majority, and Joe Biden his Presidential victory.

More specifically, Rep. Evans and Rep. Brendan Boyle are both on the House Ways and Means Committee, which has an important role to play in all this, and Republican Rep. Lloyd Smucker, also from Pennsylvania, is on Ways and Means too. Evans also touted his good relationships with the House Appropriations and Transportation Chairs, and U.S. DOT Secretary Pete Buttigieg. He mentioned that the Congressional Black Caucus in particular has been working hard on the Reconnecting Communities initiative, pushing to reverse the discriminatory effects of past infrastructure projects, and pointed out that he’s also had success at bringing DOT officials to Philadelphia.

Rep. Evans has brought the Secretary of Labor and Secretary of HUD to the city twice since President Biden took office. He also emphasized that the local and state leadership in place is advantageous for Philadelphia winning an ambitious share of funding, noting SEPTA GM Leslie Richards previously ran PennDOT and has good relationships there.

The infrastructure bill invests $7.5 billion in building a network of electric vehicle charging stations, and Pennsylvania can expect to receive about $171 million of that total over five years. The state will also have the opportunity to apply for grant funding from a pot of $2.5 billion in the bill dedicated to this purpose. Additionally, the bill invests in a range of energy infrastructure initiatives, including $3 billion for smart grid matching grants, and $5 billion for grid resilience grants for non-federal entities.

While the benefits may be less visible on the day-to-day, these electrical grid upgrades are a critical ingredient for increasing local capacity to electrify more things in the future, and also make the power grid more resilient against climate change and extreme weather events.

Recently we wrote about the funding for electric vehicle charging infrastructure that could be headed our way if local politicians can ever figure out where they want to put it, and the power grid upgrades are going to be an important enabler of that.

One underappreciated thing about all this is that installing more electric charging equipment in buildings is going to require some significant overall upgrades to buildings’ electrical systems, so the federal spending on charging infrastructure seems likely to induce a lot more private spending on building energy systems too that will create jobs, and hopefully reduce inflation costs for residents by insulating more people against wild swings in fossil fuel energy markets.

Rep. Evans says he will be convening state and local leaders in the next week to begin the process of strategizing and prioritizing projects for funding applications, so the maneuvering now begins to fill in the blanks of Philadelphia's infrastructure agenda. Here's hoping our elected leaders make the best use of this moment to wisely consider sound projects that will leave the region better prepared to face its future transportation and energy needs.