Get Philly's Political Wards Out of the RCO Game 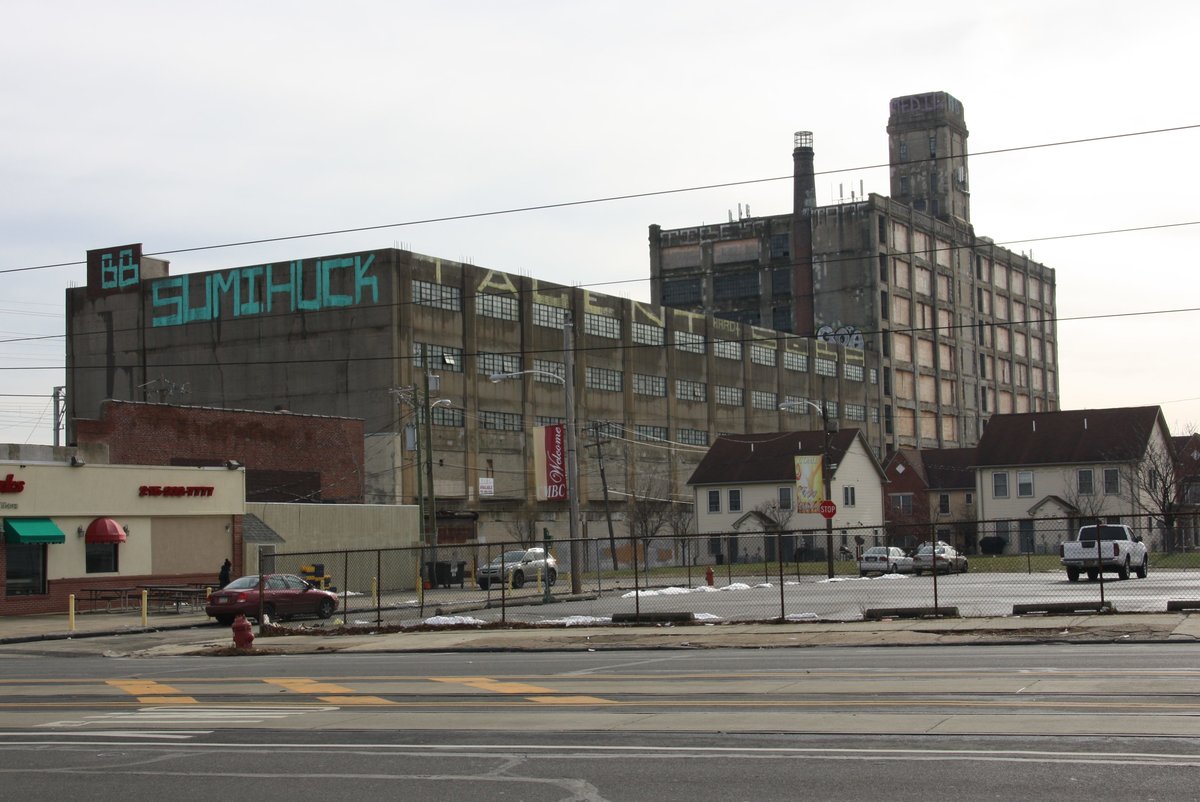 Back in late 2000's when the City was overhauling its zoning code, the framers of the new code set a goal of preserving neighborhood participation in the zoning process. While the purpose of zoning reform was to reduce the overall volume of construction projects that would need special approvals, members of the Zoning Code Commission also wanted to create a formal process for neighbors to participate in zoning decisions. And thus, the Registered Community Organization (or RCO) was born.

To understand some of the choices that were made in designing the RCO system, you have to understand how the process worked pre-zoning reform.

Under the old code, the way civic engagement around zoning worked was that the code was so tangled and inscrutable that many, if not most, development projects ended up being technically non-conforming with the code in one way or another.

If a project conforms to the code, you can just pull a permit to build "by-right" (i.e. without going through the political ringer.) If a project doesn't conform to the code, it needs a zoning variance and a vote from the powerful Zoning Board of Adjustment. The ZBA vote creates a veto point that gives neighborhood groups some leverage to do politics around construction projects, get the District Councilmember to lobby ZBA, and so on.

The solution that City Council landed on was to codify the way many civic associations were already dealing with variances, and try to make the whole enterprise more transparent. Existing civic associations and wards could apply to be officially designated as Registered Community Organizations, which would come with some public responsibilities like flyering neighbors within a certain radius of a proposed project. The City would notify RCOs about upcoming variance requests, and they would have to host a public meeting about the project within 45 days. The RCO's only real power, at least officially, is getting notified directly about projects, and convening these meetings.

Many civic associations are privately-managed non-profits, but the RCO designation requires a very minimal level of public accountability. RCOs have to submit their by-laws to the City Planning Commission during the application period (which are available from the City upon request) and they're required to have some type of elections. But in practice, there's been very little enforcement of this, and organizations that make their boards excessively difficult or expensive to join continue to be approved by the city for RCO status.

Political wards belong in this category, and it's well past time for the City to cut them out of the RCO game.

There truly is no scenario in which it would be appropriate for party ward organizations—the bodies charged with endorsing, electioneering, and sometimes fundraising for political candidates—to be officially designated by City Councilmembers as the official forums for neighborhood zoning business.

The opportunities for corrupt fundraising and extortion are almost too obvious to mention, particularly since elected officials can and do double as ward leaders (17 out of 66, by our count.) In a worst case scenario, a Councilmember-Ward leader could designate their own ward to hear zoning cases, and however indirectly, shake down developers for donations to the ward or politically-connected non-profits in exchange for supporting zoning variances.

Just yesterday, Jacob Adelman reported that the 14th Ward Democratic Party organization was the RCO to organize the community meeting about Post Brothers' proposed conversion of the hulking Quaker Building in North Philly into a 350-unit apartment building. The meeting happened last month, but the 14th Ward Democrats, led by Diane Monroe, still won't report the results of the neighborhood vote on the project.

Monroe tells Adelman that they'll tally the results of the vote before September 13th. Now, in my 4 or so years of attending Philadelphia zoning meetings, I've never been to a meeting with more than 200 people in attendance, even for very controversial projects, so taking a whole month to "tally" the vote breakdown seems fishy.

But it all makes sense in the next paragraph when Adelman reports the 14th Ward is trying to use the variance request (for an industrial to residential conversion) as leverage to exact a so-called "community benefits agreement" from Post to pay for other local priorities.

"Neighborhood representatives are also hoping to negotiate a so-called community benefits agreement with Post Bros. that obliges the developer to fund scholarships for area schoolchildren, employ nearby residents in the project’s construction, and help pay for improvements to the East Poplar Playground south of the Quaker building, among other provisions, Monroe said."

Without commenting on the substance of the requests, since these all sound like good things, the fact that it's the Democratic Party organization demanding these concessions is totally inappropriate. Their main job is endorsing and getting out the vote for politicians, including 5th District Councilman and Council President Darrell Clarke, who could spot-zone the land for the project if he wanted to, or lean on the ZBA to oppose it with some authority.

The wards are also not sufficiently porous organizations and are difficult for regular citizens to influence. The elections are every 4 years, and they don't have to make their normal meetings public, so its unlikely many people are having much interaction with their wards. The way most of these groups are run today, there isn't really a way to be involved with them if you yourself haven't been elected to a committeeperson seat.

It all adds up to a perfect—and perfectly corrupt—feedback loop of conflicts of interest, and City Council needs to close it by taking political wards out of the equation for RCO eligibility.