What Do We Know So Far About Philly's City Council Redistricting? 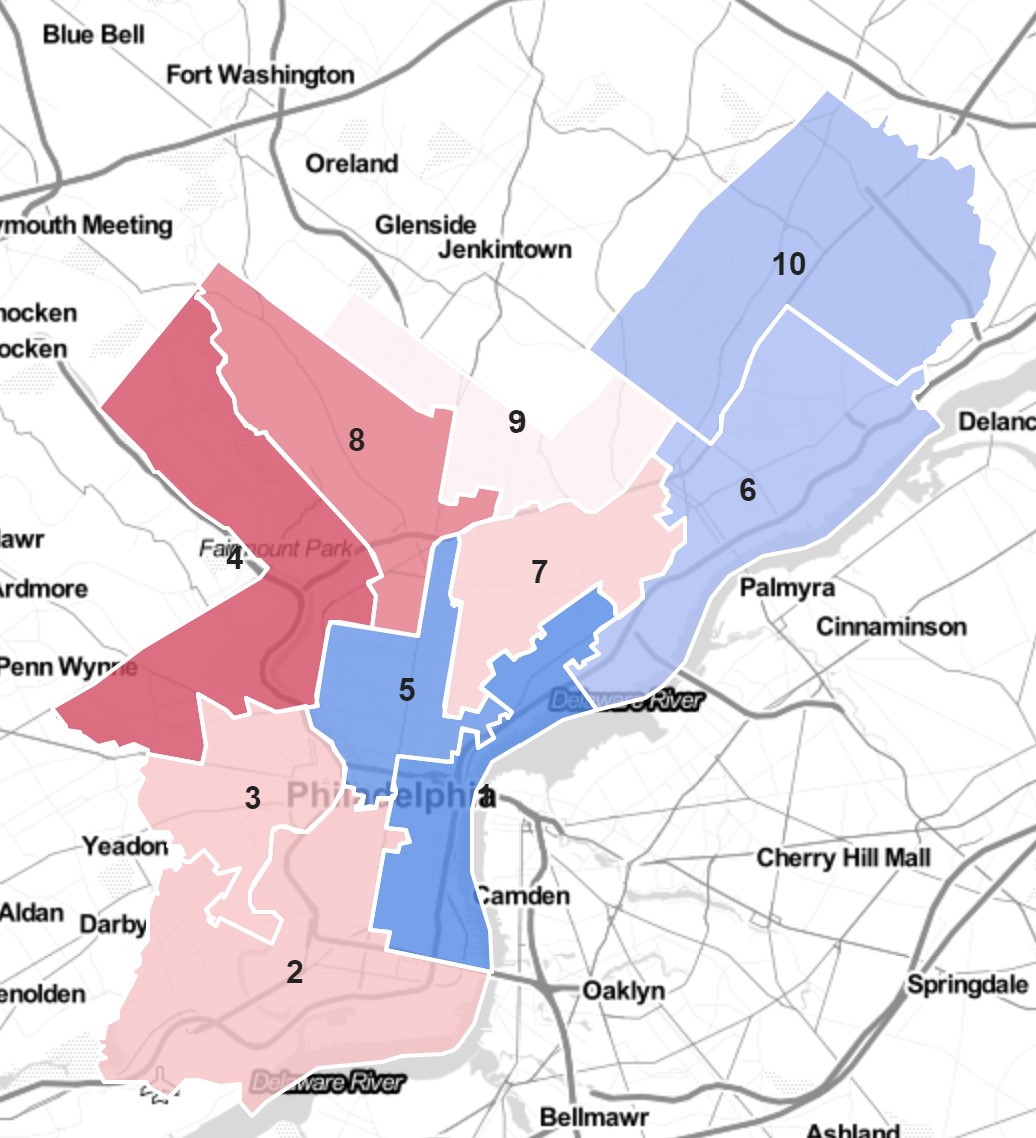 Last month we shared some initial population numbers for the ten City Council Districts from the 2020 Census, which will be the numbers used to redraw Council districts in the forthcoming redistricting.

We’re expecting to soon have some interactive mapping tools to share that people will be able to use to manipulate the maps and create their own suggestions for new district lines.

In the meantime, Jonathan Tannen at Sixty-Six Wards has some early analysis of the demographic and political leanings of all ten Council districts as of 2020, with some inferences about where some might need to pick up or shed turf to get to equal population levels.

In addition to population and demographic data, Tannen also looks at how each District voted in a couple of high-profile primaries that split the city—the 2016 primary between Hillary Clinton and Bernie Sanders, and the 2017 District Attorney primary—as a way of getting at the ideological valence of different parts of districts. 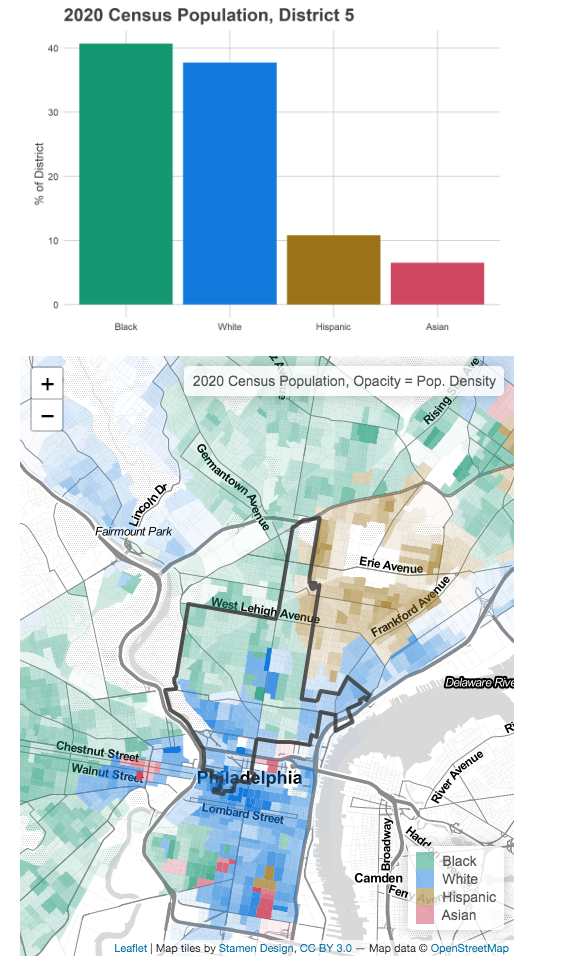 One unresolved issue is how much wiggle room Council will have when it comes to equalizing population. Tannen says they will try to equalize population within 5%, but other election experts have cited 10% as an upper bound. A new article by Katie Meyer at WHYY cites the 10% number.

“The only official criteria the Philadelphia Home Rule Charter gives are that the map must “consist of a ward or contiguous wards containing as nearly as possible the population factor obtained by dividing the City’s population at the preceding decennial census by ten.” That just means all the districts have to be connected, there must be 10 of them, and all must have roughly the same number of people in them. Generally, a population deviation of 10% or less is considered close enough in local redistricting."

That matters because 5% would end up requiring more boundary shifts, since most districts now are within the 10% range. The mapping technology of 2021 allows for enough precision that it should be possible to get very close to perfectly equal populations, and there isn’t a very good reason other than incumbent protection to allow more than 5% as an upper bound.

In fact, since the Mayor has a veto to use here, one way for Mayor Kenney to use his influence would be to announce early on that he’ll veto any map with more than 5% deviation between districts. There aren’t many direct ways for the Mayor’s office to influence this process, but the best way to try and establish some guardrails would be to make it clear to Council right at the outset what they need to do to avoid a veto showdown.

Meyer also flags an unintended problem that’s going to come up where, because District Council members have been abusing Councilmanic Prerogative to create District-wide zoning overlays, redrawing the Council district boundaries will also rezone people’s land at the same time.

The land-use question has gotten more complicated since the last round of redistricting. Council has imposed four district-specific zoning overlays — across the 4th, 5th, 8th, and 9th districts — and because that kind of bespoke building requirement has never before been in place over entire districts during a round of redistricting, it’s unclear if the requirements will simply conform to new district lines, stay within the old district, or become moot.

“Especially in those communities that are changing, or are close to areas that are changing, land use decisions are a big part of this,” said Christmas. “And for example, if there’s a neighborhood or community that split across two or three different districts, they will have a more difficult time advocating for the sort of development or the sort of changes or lack thereof in the community that they may want to see.”

This problem really underscores the absurdity of how some District Councilmembers have been abusing the concept of a zoning overlay, as it shows pretty clearly that the overlay regulations don't really have any relationship to the problems of a particular geographic area, and are simply being applied arbitrarily to an area where an elected official happens to have the power to enact them. And when those district boundaries are drawn, the area subject to the regulations shifts too.

The whole situation calls out for state intervention to prevent local officials from enacting these kinds of over-broad regulations, and require a much tighter relationship between the regulation and the specific harm being addressed. This will be the first round of redistricting to have to deal with this District overlays problem, and it will be a fascinating legal question to watch play out between now and February.