What Will the NYC Mayoral Race Say About Philly's Next Mayor? 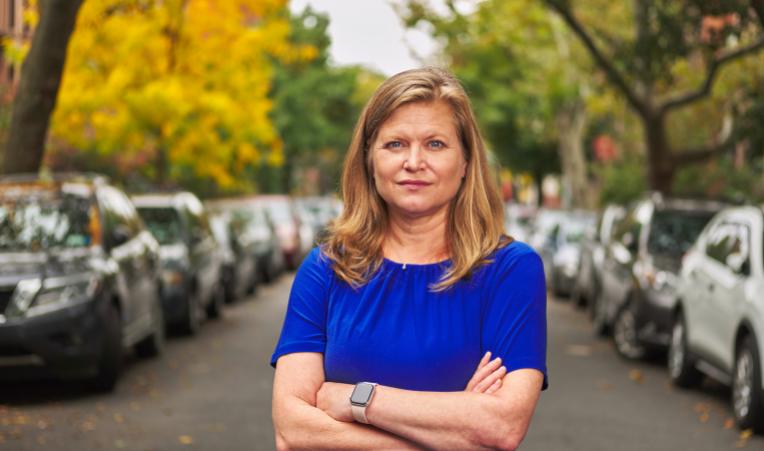 New York City’s Mayoral primary election is happening next month, and the results will be very interesting to watch from a Philadelphia perspective because of how Philadelphia’s Mayoral elections have often tended to mirror the political mood in New York.

This is too reductive of course, but there's still something to it, and especially this time around it’s reasonable to think we could see a strong parallel because of how De Blasio and Kenney specifically have been disappointing in very similar ways during the pandemic. So it’s worth paying attention to how the New York primary is trending as a sort of preview of the kinds of personalities or profiles that Philadelphia voters may find most appealing in the 2023 Mayoral primary here.

Former Presidential candidate Andrew Yang is likely the candidate most familiar to non-New Yorkers because of his national brand, but while he led in the polls for months, Yang has since slipped in recent surveys, most precipitously in the last few weeks. Yang initially enjoyed a large lead for most of the campaign on the strength of his superior name recognition, and his novel persona as an outsider businessman and popularizer of the universal basic income. But as more voters have started paying attention, and more critical press coverage and consequential gaffes have begun to pile up, his numbers have softened.

It would be a mistake to count out Yang of course, especially because of the difficulty in polling New York’s first ranked-choice election, where instead of voting for a single candidate in the primary, voters will have the option to rank their top five choices. So far the polling doesn’t seem to indicate any ranked-choice-related weirdness is in play. There aren’t any candidates who appear to be helped by the change who would otherwise be doing worse. But it does add an extra sprinkle of unpredictability since nobody has any clear idea in what order voters will rank the candidates.

According to a new poll by Emerson College and PIX11 News released earlier this week, the current top two contenders are former Sanitation Commissioner Kathryn Garcia in first place with 21%, and Brooklyn Borough President and former police captain Eric Adams in second place with 20%, within the margin of error. Yang trails in third place with 16%, followed by former Comptroller Scott Stringer at 10%. The other candidates, including progressive favorites Maya Wiley and Dianne Morales, didn’t break single digits, with Wiley at 9% and Morales at 7%.

Interestingly, when the poll simulated a 10-round ranked choice election, Kathryn Garcia’s lead over Adams grew to about 10 points. 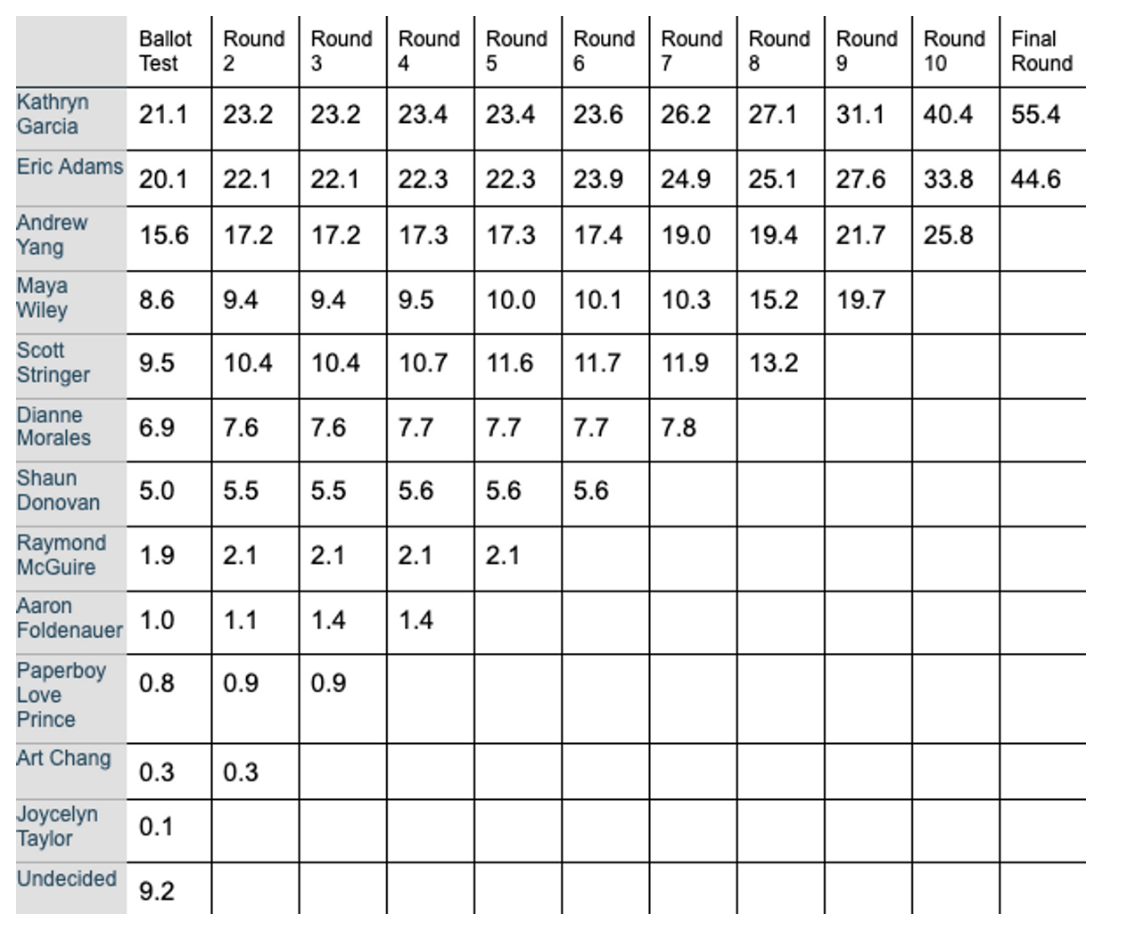 Again, this is a harder election to poll and it’s possible the polling may be missing something important. But what is notable is Garcia’s lead growing in the last few weeks from just 8% in mid-May, the last time Emerson polled the race. If nothing else, her candidacy seems to be strengthening as voters learn more about her in the closing weeks.

Adams is running a decidedly more moderate campaign befitting his profile as a former police captain with close ties to the Brooklyn Democratic Party organization, a strategy which has clearly paid dividends for him in the polls, as there are a lot of moderate Democratic elders who vote in municipal primaries. Adams isn't running a down-the-line conservative campaign necessarily—it's still a liberal big-city electorate after all—but he's the favorite of Rupert Murdoch's New York Post, and has gotten pushback from the activist wing of the party on several occasions over his positions on Stop-and-Frisk, guns, and criminal justice reform issues, and telling newer New York residents to "go back to Iowa."

Kathryn Garcia has been buoyed by the endorsement of the New York Times editorial board, who endorsed her alone despite having the option to rank more candidates. The Times endorsed her candidacy on the basis of her past strong performance as the city’s go-to manager for several major crises like Superstorm Sandy, and her expert knowledge of the Rube Goldberg-ian inner workings of a big city bureaucracy.

In a profile of Garcia in Gothamist this week, the journalist Elizabeth Kim described Garcia’s unlikely political appeal thusly:

"Some say that Garcia’s surge is a result of the pandemic as well as eight years of Bill de Blasio, who has frequently been criticized as a poor manager. That taken together, the crisis and current mayor have forged a sense of pragmatism in voters, leaving them craving technocrats over untested visionaries.

“New Yorkers want someone who knows how to get things done,” said Mitchell Moss, a professor of urban policy and planning at NYU. “There’s a genuine need for someone who can oversee the reopening of the city.”

Could that kind of approach play well in Philly’s election too? It seems possible Philadelphia voters’ experience of pandemic era Mayor Kenney could create a similar political opportunity in 2023 for Mayoral candidates who can credibly claim the bureaucratic know-how to make city government work better for everybody.

There’s some evidence from years of Philadelphia Resident Surveys that the top concerns Philadelphia residents have are about extremely municipal things like streets, sanitation, public safety, policing, schools, housing—all very practical things where Mayoral leadership and attention can really make a difference. 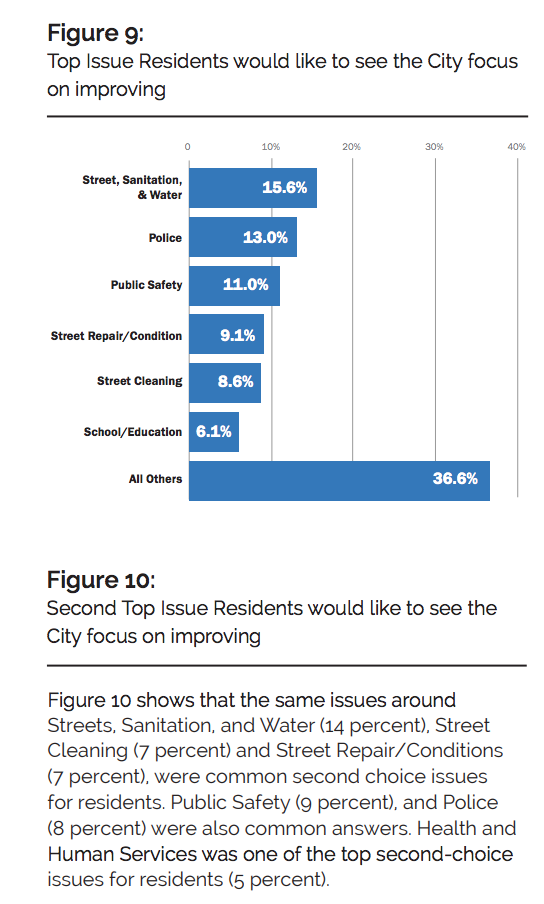 All of this is fully compatible with a robust justice agenda too, it should be said, and the point is not to counterpose managerial competence with an expansive vision for social progress. What the New York election suggests is simply that moral leadership alone isn’t primarily what’s going to make the sale with the voters, as there’s more of a desire right now to see somebody with experience running a large agency or organization take the helm.

You see this in how some of the more ideologically-motivated candidates in the NYC Mayor race, like Scott Stringer, Maya Wiley, and Dianne Morales, have struggled to grow their vote share, and it isn’t just a case of a split field. One notable thing about the Emerson poll is that even in the ranked-choice simulation, a consolidated left constituency maxes out at around 20% after a few rounds of run-offs. Ranked-choice voting would be expected to erase the spoiler effect from too many similar candidates trying to appeal to the same constituency, with successive run-offs consolidating second- and third-choice votes behind the most acceptable candidate (Wiley, in this case) after a few rounds of elimination. The issue is with the limited appeal of that kind of political style for a Mayor in this current environment.

The NYC field obviously doesn’t cleanly map precisely onto the expected candidate field or political environment in Philadelphia, but there are still some clear parallels between the types of candidate profiles that have emerged there and here, based on who is rumored to be considering a run. Two years is a lifetime in politics, and the vantage point from the Philadelphia of 2023 could look very different than it does today depending on the pace of economic recovery from the COVID-19 pandemic. But the NYC Mayoral outcome will certainly help set the tone, and shape expectations for what successful Mayoral campaigns may look like here.

For more Philadelphia political news, analysis, and opportunities for action, sign up for our weekly e-mail newsletter