What You Need to Know About the Ward Reorganization Meetings 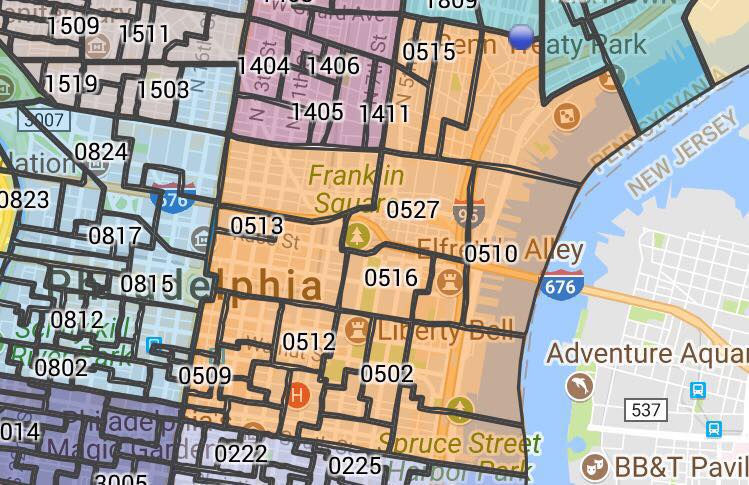 Primary Election Day may be over, but the fun continues for people who won their elections for party committee person seats on Tuesday as the focus turns to the all-important ward reorganization meetings.

Those are the meetings that determine who will hold ward officer positions like Ward Leader and other key roles.

The 69 individuals who are elected to Ward Leader positions at these reorganization meetings will then make up the leadership of Philadelphia Democratic City Committee, the city’s Democratic Party organization. According to the party bylaws, the meetings will all take place on Monday, June 6th at 8:00pm, and election winners will be mailed a letter with the location information and a certificate of election.

City Committee took a lot of arrows this primary season for actively throwing its weight around to challenge some sitting state legislators associated with the party’s left flank, so the actual leadership elections for who sits on City Committee that are happening right now should be of greater interest this year.

We’re still digesting what happened in Tuesday’s ward elections, and are still awaiting the results of the last few mail ballot updates, followed by the release of the unofficial list of election winners from the City Commissioners. You can follow along with the live results on this website.

Want to help us get a better understanding of what happened Tuesday? Take this short survey about your committee person race and share what you know about the political situation in your ward.

Based on our early read of the election results and conversations with party actors and activists in multiple wards where there had been organized campaigns, it does appear there could be leadership changes in the offing in some key places on the Philadelphia political map.

And that’s why it’s so important for everybody involved—especially first-time candidates— to understand the rules of these ward reorganization meetings because the City Committee Bylaws have some gray areas that can sometimes be used to bamboozle the participants and block majorities from enacting their will in electing their preferred candidates for ward leadership.

Pour yourself a big cup of coffee, crack open the Rule III section of the ‘Rules of the Democratic Party’, and read up on how the voting will work. Then, read this explanatory document we helped put together with some more context, which also covers some of the classic parliamentary dirty tricks that are sometimes used.

The group Open Wards Philly recently hosted a Zoom meeting focused on the ward reorganization meetings that provides a good overview, and includes a Q&A segment that covers some of the typical questions people have about this.

Watch the video on YouTube, and follow up with any questions you may have at [email protected], and we’ll try to get those answered for you.

Importantly, the window of time ahead of the ward reorganization process is when elected committee people have the most leverage over the ward leader candidates who are seeking their votes. This is the time when people associated with the Open Wards movement should be seeking out promises to pass Open Ward Bylaws shortly after the reorganization meeting.

The basic idea behind “open wards” is that the elected committee people—not exclusively the ward leader—should get to vote on most of the key business decisions in the ward, like endorsing primary candidates and spending money.

There’s a little more to it than that, and you can read more about it on the Open Wards Philly website, but the general takeaway for the moment should be that this is your moment of leverage to make something happen, and that leverage is going to disappear quickly after a new ward leader gets voted in.

Email us with any questions you may have, or request support for local organizing efforts at [email protected].