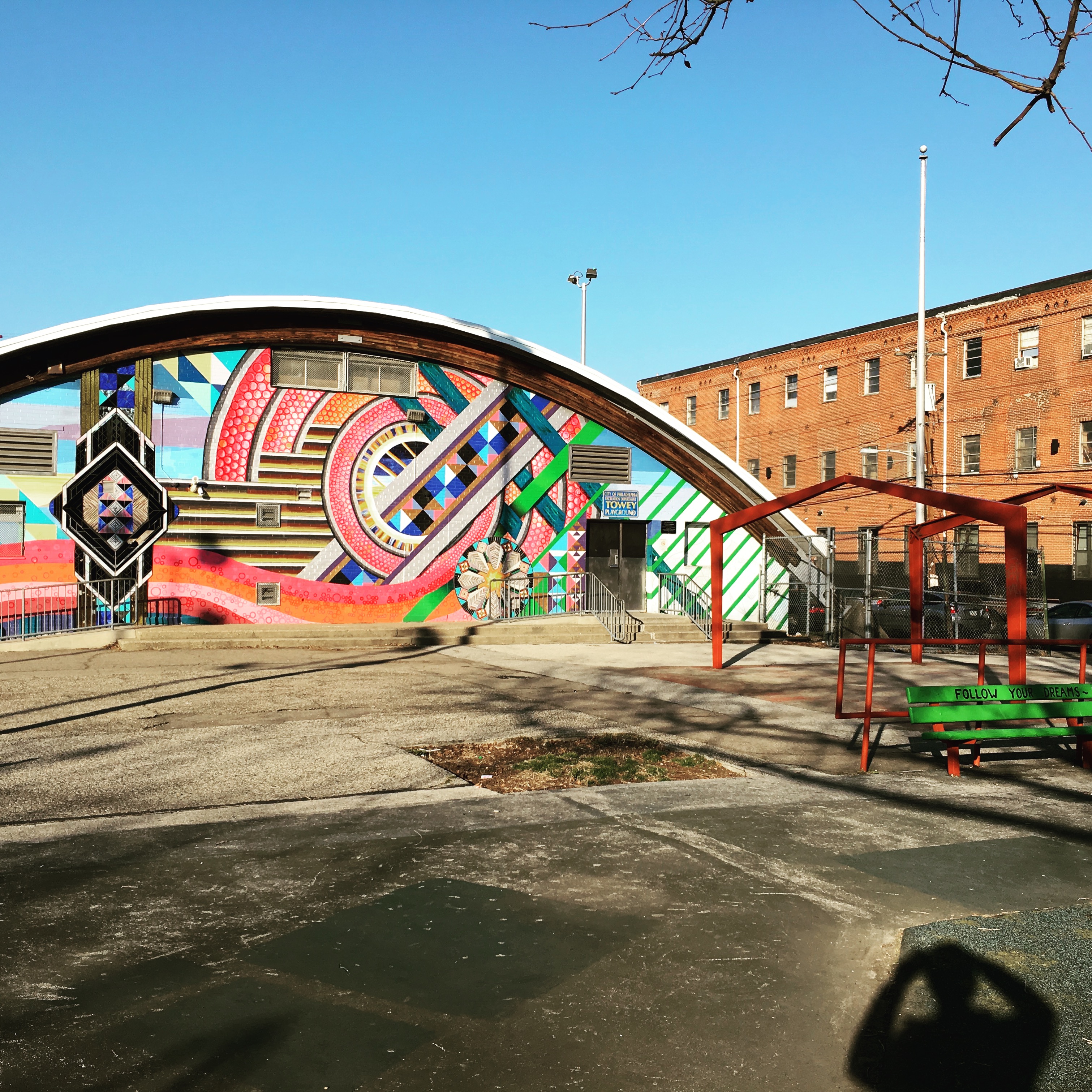 As Tricia Nadolny at the Inquirer reports, Kenney and Council have clashed over several aspects of the program, such as who will choose, manage, and build the projects. The internal wheeling and dealing over these points is ever-shifting and hard to keep track off, and some pretty big questions still remain unanswered. Here are a few things we're still scratching our heads about.

1. Who will choose the Rebuild sites, and more importantly, why?

City Council would like for City Council to choose all the Rebuild sites. The Kenney administration would probably prefer that Parks & Recreation, Fairmount Park Conservancy, and others who manage parks and public facilities all the time have more of a say. Additionally, the Administration tapped Interface Studios to assess the 400 potential sites along six measures: poverty, drug crime rates, public health, growth in household population (2000-2010), building permits pulled, and Reinvestment Fund’s Market Value Analysis. Those data allow the City to rank sites according to their capacity to increase equity and drive economic development. Presumably, they think those rankings matter. 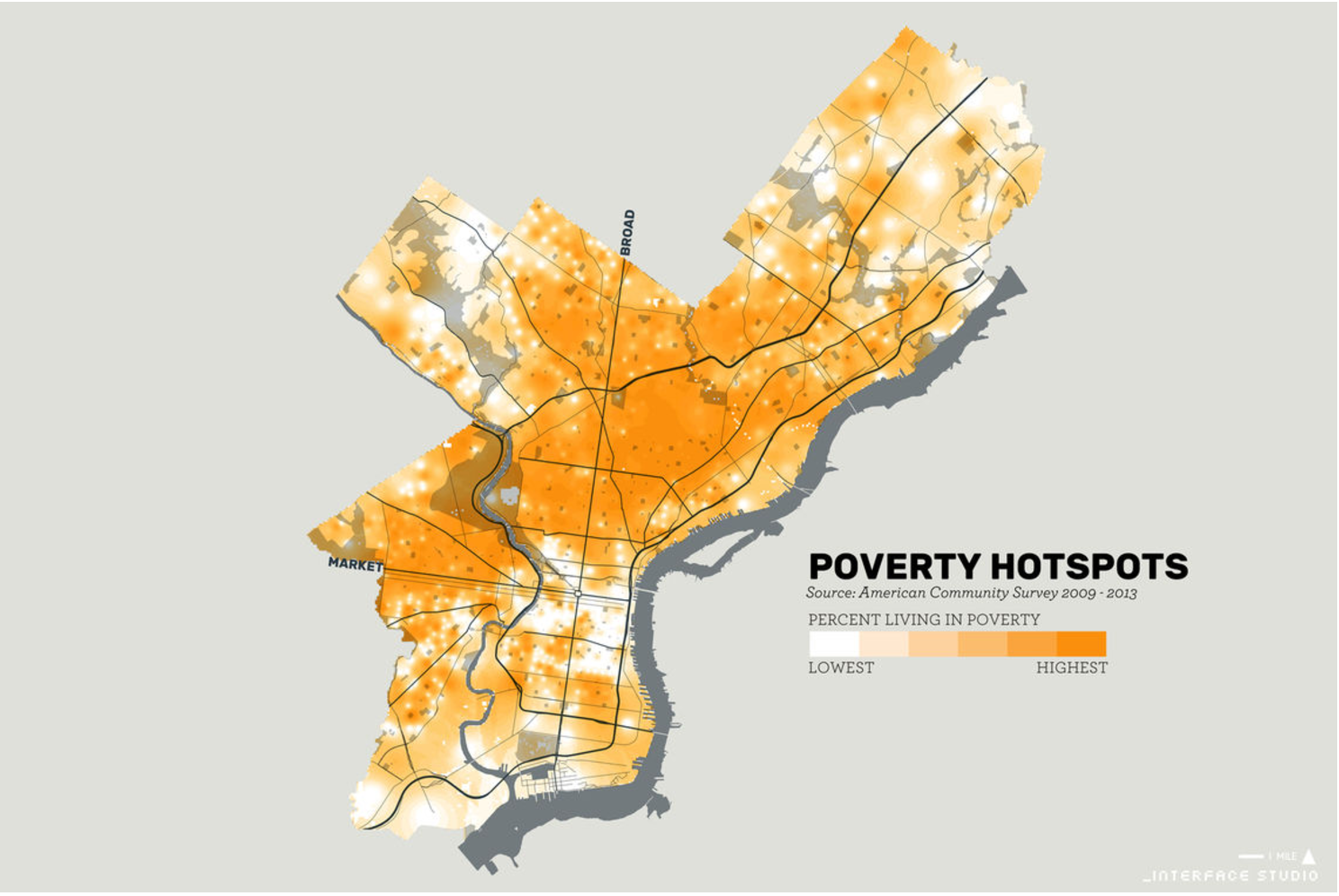 How much of a push-and-pull does the Administration expect? In an article about the public works project, Managing Director Mike DiBerardinis told PlanPhilly that Council members “know the sites in their district as well as anybody. And in most instances the data, I believe, will comport with their interests and with the community interests.” That said, he continued, “the data is really the start of the conversation, not the end. Again, I think on some points we will have to negotiate.”

There was inevitably going to be some back and forth with this question, and it matters for why the city will select different sites. Which branch of government (or the non-profit sector) is best-positioned to resist giving away all the money to facilities in the most politically-connected neighborhoods?

Nadolny says the administration "made a notable promise to district Council members, some who had voiced concern about having too little control — they get final say on which sites get refurbished." How much emphasis should we place on the word "final?" Who will get the initial say?

While Council President Darrell Clarke says he wants Council to pick the projects to ensure equity, the more likely outcome is that Council-selected projects will be biased toward where their voters live, neighborhood organizations are the loudest, and projects seem most achievable before the next election.

There's nothing wrong with politics being part of the process, but how large a part it will play will depend, in part, on the decision-makers.

2. Will each district get the same amount of money?

In a more Council-directed process, the sense of fairness and equity gets a bit warped. Are we going to say that, because Council Districts are relatively equal in population, each District should get roughly the same amount of money? But equal population doesn't mean there's equal need for reinvestment in parks and rec centers. Some Districts are wealthier than others though, and in many cases have supplemented the City's spending on parks with private dollars over the years. Should Council Districts with more resources and more privately-updated facilities receive as much money?

And, of course, Council boundaries are just lines on a map. If the Administration thinks it has a way to reasonably rank order all potential sites across the entire city, shouldn't it prioritize that list above an equal split--by sites or by dollars--between the ten Districts?

These questions remain to be answered. And let's not forget: park and rec facilities are sacrosanct for District Council members, and the Administration knows that. Remember Sturgis? The horse trading for Rebuild started during the soda tax negotiations. It will be interesting to see how fairness gets defined throughout this process.

3. What's the role of the non-profits?

Nadolny reports "the administration said it would allow smaller, neighborhood nonprofits to work as project managers on individual Rebuild sites, a role previously reserved for two of the city’s larger nonprofits."

Why does Council care about which non-profits are managing the Rebuild projects? There's an interesting debate over whether outside non-profits like Fairmount Park Conservancy and the Free Library Foundation or the City's capital program office should manage Rebuild projects. FPC and Free Library have proven themselves capable of efficiently managing park and library renovation projects, but some Councilmembers see a missed opportunity for the capital program office to build the capacity to manage a huge project like this. On the other hand, this is a gigantic $500 million undertaking, and lots of smart people in the administration seem to feel the capital program office isn't up to the task. And what is the value of ramping the office up to accommodate a once-in-twenty-years economic development project?

What's less clear is why Council cares about having smaller non-profits manage projects. The construction contracts were obviously going to be the subject of some intense politicking, but why so much focus on the project managers? Is the concern that the FPC and Free Library would be too from isolated Council input? In some respects, the capacity-building argument makes a lot of sense when we're talking about prioritizing smaller non-profits over two well-established local institutions. But this seemingly small question highlights the key philosophical uncertainty about this massive undertaking.

Is Rebuild, at its core, an economic development program that just happens to be pointed at parks, rec facilities, and libraries? If that's the case, long-term economic development and inclusionary goals will be favored. Or, is it a massive public works program that is primary concerned with providing the most transformative physical impact? This option prioritizes professional competency, cost efficiency, and data-driven decision-making.

The real answer is a both/and. But many, many expensive decisions will be made by weighing these two priorities, and time will tell which wins out.

4. What's with the RFP to design a new minority hiring process?

One interesting wrinkle in this saga from a couple weeks ago was a Request for Proposals (RFP) the City released seeking a vendor to create a minority hiring process for Rebuild. Accordingly, the RFP (Opportunity Number 21170208130535) is “primarily focused on the business side and is intended to result in a consultant contract to help maximize construction contracting opportunities for Minority, Women, Disadvantaged, and Disabled Owned Business Enterprises (M/W/DBE/DSBEs) and to support the growth and development of these businesses.”

Is this an admission that the City's normal process for contracting with minority-owned firms is broken? Or that the size of this project would overwhelm the existing process?

It's obvious that the city's current minority contracting system hasn't made a dent in the white suburban monoculture in the region's notoriously segregated building trades, as some minority-owned contracting firms simply act as pass-throughs for majority white subcontractors. How is the new process going to work? Is the firm that designs the process then going to be able to then bid on the construction contracts?

If you check out the list of people who attended the pre-proposal meeting on March 1st, you’ll see a bunch of frequent flyers, some big name industry folks, and some hacks. One the of concerns this raises is that you’ll have the same actors who benefit from the current system—where bureaucratic facility and political ties are clear competitive advantages—designing something that’s meant to open things up. As it is, the City’s focus on diversity and inclusion is a fairly one-dimensional accounting system that fetishizes percentages but ultimately tells us very little. Perhaps this new contractor will shed some light on potential fixes, though it will take some real political capital to make those changes happen.

5. Is this going to diversify the building trades?

One fascinating subplot of the Rebuild initiative is to begin to diversify the very white, very suburban building trades, who get all of the city's best construction jobs. The trades are more like a medieval guild than a modern union, with a very long and extensive apprenticeship program that has the added benefit (from their perspective) of limiting the labor supply for big construction jobs and inflating wages.

Politicians have been talking for decades about trying to integrate the trades (even the Nixon administration!) but they've made essentially no progress, as Tom Ferrick has documented. There are some less evil reasons why this is the case--there's a long history of fathers grooming their sons for apprenticeships--but there's also a history of violent resistance to integration, and it all adds up to a persistently white, male, non-city workforce.

The hope that many in the Kenney administration and City Council have is that, by creating a preference in the Rebuild contracting process for minority and women-owned businesses, the initiative will succeed in training up a more diverse construction workforce that will then go on to work on large projects like Comcast III after the Rebuild money is all spent.

But if we mark today as the starting line, and budget about 3-4 years for new construction workers to complete an apprenticeship program, how much Rebuild work can those workers realistically expect to get? The optimistic case is that even if those workers only get to work on 1-2 years worth of projects on the back-end of Rebuild, at least they'll be part of the Local 98 workforce when it's time to build Comcast III or other large high-paying projects. But however optimistic you want to be, there's still going to be a substantial lag time before the construction workforce begins to look like the city of Philadelphia.

Ali Perelman contributed to this article.