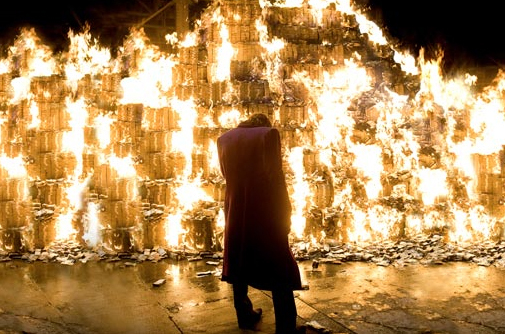 "Following a fatal Center City building collapse in 2013 and with some 100,000 tax-delinquent properties on the docket, Philadelphia officials have repeatedly vowed to use government land sales as a carrot to encourage scofflaw developers to clean up their acts. But a City&State PA review of 15 recent PRA development deals authorized or extended found that about a quarter went to businesses with outstanding tax bills or code violations [...]

The failure to detect these legal arrangements is problematic for the city. It is routine in the real estate business, and rarely nefarious, to spin off new LLCs for new acquisitions. In many instances, ownership of the LLCs can be easily traced through shared mailing addresses. The city’s still incomplete effort to upgrade and improve its computerized licensing system was supposed to fix the issue by automating this type of cross-referencing – but that project has been delayed for years.

However, even when developers applied for contracts using companies with outstanding code violations, they sailed through the approval process. Citro’s troubled student housing company, Temple Nests, faced few obstacles when he sought to scoop up the aforementioned lots near the university this year.

This underscores an important point from Claudia Vargas's report from a few weeks ago highlighting the City's chronically dysfunctional IT procurement and project management processes. While that article focused primarily on the cost-overruns and wasted taxpayer dollars, we should also care about this because IT is an obstacle and a solution to addressing many other city policy problems.

Vargas quotes L+I Commissioner Dave Perri on the eCLIPSE program's success in blocking permits from being issued to tax delinquent businesses, but as the City & State piece shows, people are still getting around this system.

Attempts to modernize the licensing system have endured similar twists. In January 2014, Nutter announced a $4 million project known as eCLIPSE(Electronic Commercial Licensing, Inspection and Permit Services Enterprise) for the Department of Licenses and Inspections. The hope was that it would enable contractors and residents to apply online for permits — instead of using paper forms — and give city inspectors instant access to such licenses and any violations in one online system [...]

Perri noted that just the half-completed eCLIPSE system has generated $12 million in revenue because it helps inspectors scour Revenue Department records and identify tax delinquents. Business and rental license applicants are barred from getting approved until they settle their tax bills. In years past, with a paper system across several offices, those cross-checks fell through the cracks.

“Folks were getting different permits without getting clearance on their taxes,” he said.

Until these IT projects are completed, we'll continue to wait to tackle some of the big issues that elected officials have prioritized, like regularizing property reassessments, collecting delinquent taxes, and implementing performance-based budgeting.

Vargas quotes 1st District Councilmember Mark Squilla, who points out that our lack of a functioning mass appraisal system for property assessments means the city is losing out on revenue from increased real estate values. The Nutter administration's Actual Value Initiative was supposed to keep property assessments up to date, but it's been 4 years since the last full citywide reassessment.

Pointing to Philadelphia’s outdated and technology-challenged property assessment system, Councilman Mark Squilla noted the city is losing money and keeping its citizens from getting tax breaks they may deserve.

“Values that are properly assessed would be a big bonus to residents and business. They are supposed to be doing assessments every year,” Squilla said. “The [upgrade] costs keep running on, which means every year we have to allocate additional dollars to a system that should have already been up and running.”

Technical.ly Philly's Juliana Reyes offered some suggestions in an op-ed response to Vargas's piece, with some insights on what the City could learn from private sector procurement practices.

It isn't that businesses necessarily always do this better—Reyes says mismanagement of large IT projects is as common in the private sector as it is in government, but is less reported on—though some organizations have done a better job than others of learning from past mistakes. She interviews some local experts who recommend the City take on smaller, more iterative projects where failures will be less expensive, instead of big all-encompassing moon-shot projects that try to do everything.

Reyes also recommends that people who write about IT procurement avoid shaming the city, as the fear of publicly failing contributes to the appeal of these problematic all-encompassing projects run by large contractors (See: SEPTA Key.)

We'll heed Reyes's advice and spare the shame, but we do want to add some urgency to the procurement reform cause because the fate of a number of important policy initiatives hangs in the balance.