'Get Mad, Then Get Elected': Five Takeaways from our Ward Elections Workshop 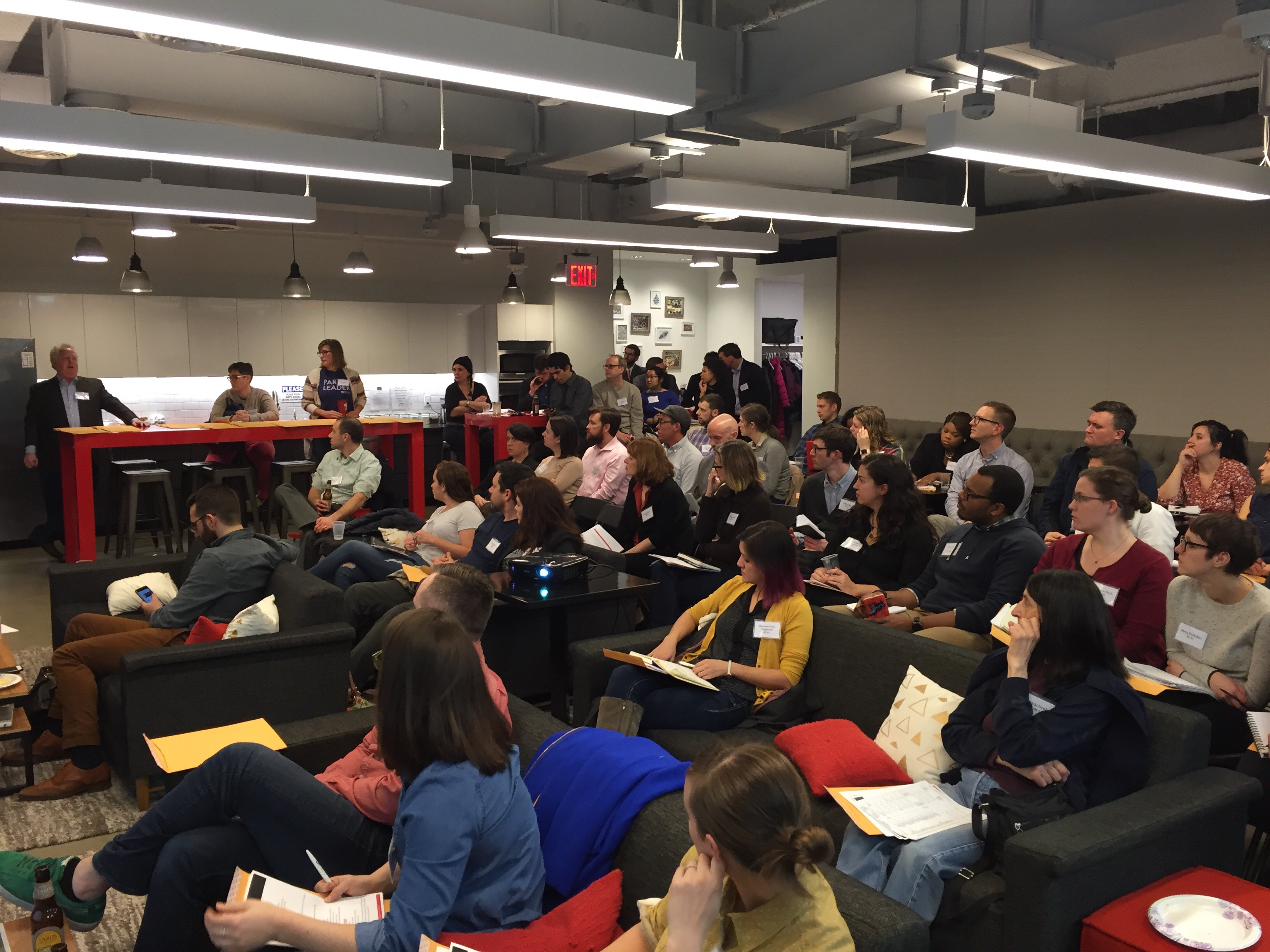 Over the past two weeks, Philadelphia 3.0 hosted two sold-out 'Get Mad, Then Get Elected' workshops that helped prepare nearly 200 Philadelphians from over half the citys wards to run for their first political office next year in the 2018 ward elections.

Why the 2018 ward elections matter

Direct person-to-person conversations are the highest-impact voter engagement activity for political campaigns, and the Philadelphia ward system provides a perfect geography for mobilizing that type of communication. As with any campaign tactic, the impact is small, but it's very real.

As Jonathan Tannen at Econsult showed in a recent blog post, there's some interesting evidence that in some cases, individual ward endorsements can have a bigger impact on election results than even the all-important factor of ballot position. (Read Tannen's whole post for more info and lots of qualifiers.) 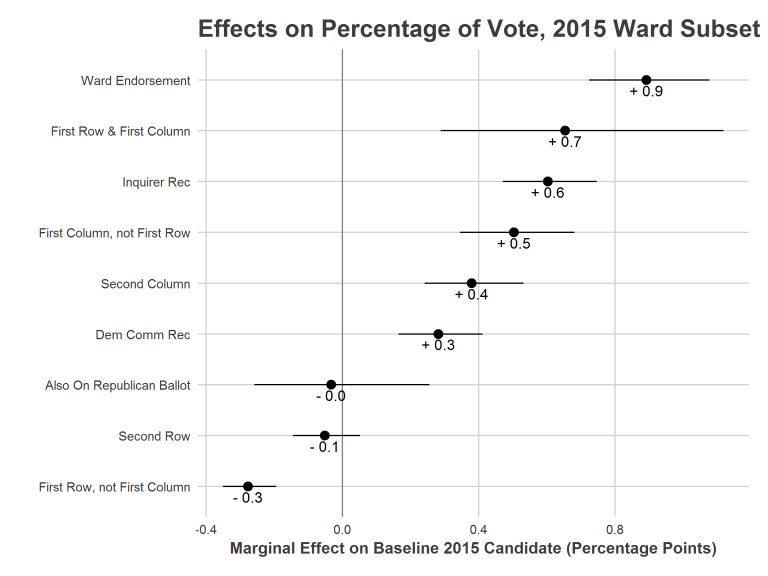 With each committeeperson responsible for persuading and mobilizing just a few square blocks of the city to vote for a candidate, and the larger candidate endorsement decisions typically coordinated at the ward level, political district level, or citywide level, wards are just a great vehicle for organizing political action. If you've ever canvassed for a Presidential campaign and were curious how the map was chosen for your walk list, this is how.

Anybody who's interested in creating a more competitive politics for City Council, state legislative seats, and other local races has a great reason to get involved in ward elections.

At the workshops, attendees heard a brief overview of how ward politics works, but the program focused mainly on two topics: how to be a great committeeperson, and how to plan a small DIY campaign in your division.

For those who couldn't attend and are thinking about getting involved in their neighborhoods, these tips and takeaways will be indispensable for building local power.

Learn by Doing the Job

The 2018 ward elections aren't for another year, but on May 16th, Philadelphians will vote in primary elections for District Attorney, Controller, judicial positions, board of elections, and more.

Out of the dozens of candidates who will run this spring, there are probably at least one or two you think would do a great job. Ask them to help circulate petitions for them to get on the ballot. Petitions can be picked up starting February 14th from the City Commissioners in Room 130 at City Hall.

A well-resourced campaign for District Attorney or Controller will likely have access to their political party's data file, so they'll be able to give you a very targeted list list of the super-voters in your division. This will give you the opportunity to meet a lot of regular voters who you'll one day need to persuade to vote for you.

Voter registration information is public information, and the City Commissioners  (Room 130 in City Hall) can give you a street list of all the registered voters in your division at no cost, with everyone's address and party registration status.

This is important to know, because again, committeeperson positions are party positions, so you don't want to waste time knocking on the doors of voters who don't belong to your party. (Talking to neighbors not from your political party isn't a waste of time in general, of course, only from the perspective of trying to win a party election.)

As Lauren Vidas pointed out, it's not uncommon to see more registered voters than households in a division, because Pennsylvania doesn't aggressively purge its voter roles very frequently (for good reason.)

You can turn your street list into a working street list for election day by marking it up with notes about who actually lives in each house, who's committed to supporting you, and more. As you get more involved in this work, you can come up with a more sophisticated record-keeping system, but a well-marked street list is a good bare-bones way of tracking campaign data.

Go to lots of public meetings

If you're going to run for a ward committee seat, you need to get to know your neighbors, and you have to become a person who's in the mix with your local civic institutions. People need to see you doing civic work outside of election season, so that when you go to ask for their vote, they trust that you're in it for the right reasons: public service, not just self-promotion.

Felicia Harris, one of our presenters who worked in the super-organized '505' division of the 50th ward (one of Philly's highest turnout wards, in Northwest Philly) put it best when she told attendees "it can't all just be business. People have to like you."

Jen Devor, a committeeperson in the 36th ward, recommended getting involved with neighborhood civic associations or becoming a block captain. While stepping into these kinds of roles sets you up to be the complaint department for your block or the broader neighborhood, it's also helpful for learning about what neighbors care about. When you go door to door to run for committeeperson next year, you'll be able to show real knowledge about what's happening in the neighborhood, and be able to speak to the neighborhood issues that voters care about.

Get more signatures than you need

Technically you only need 10 signatures to run for committeeperson, but as campaign consultant Dan Siegel pointed out, getting 10 good signatures isn't quite the same thing. He recommended collecting double the number that you need. Or better yet, why not use the petition-gathering opportunity to have conversations with all your target voters in your division?

Gathering petition signatures is easy in theory, but there are lots of ways to unintentionally do it wrong. First, because this is a primary election for a party seat, you need voters registered with the party you're running for. Second, sometimes people will tell you they're registered to vote when they're not. Siegel recommended registering people to vote at the same time as you're collecting signatures, so you can ensure they're registered.

No need to carry around a bunch of paper voter registration forms--you can register people using Pennsylvania's online voter registration app right on your smartphone or iPad. The last day to register to vote in the May 16th primary elections is April 17th.

Politics is about big ideas and grassroots mobilization, but it's also about spreadsheets. Lots and lots of spreadsheets.

After you identify your win number (strive for 10% higher than the top vote getter in the last election) you need to figure out which specific people in your division will get you there. And you need a way to stay in contact with them more often than twice a year at election time.

As you're canvassing for District Attorney or Controller this spring, collect email addresses and phone numbers from people as you go door to door. Tell them you're going to be sending out a newsletter about happenings in the neighborhood and opportunities for action.

If you're attending neighborhood events and meeting other people in the neighborhood, you're probably going to have some information people will be interested in, and they'll want to opt in to receiving communications from you. Mailchimp and Tinyletter are great platforms for managing email communications. Even if it's just once a month or once a quarter, sending out a few emails every now and then to tell neighbors about upcoming neighborhood happenings or political issues you're paying attention to will help establish you as a local political resource.

And of course, when it's time to run, you'll be able to send Get Out the Vote messages for your campaign to supplement your door-to-door canvassing.

There's still time to get involved with our ward elections project. Find your division on our map and sign up here for more information.