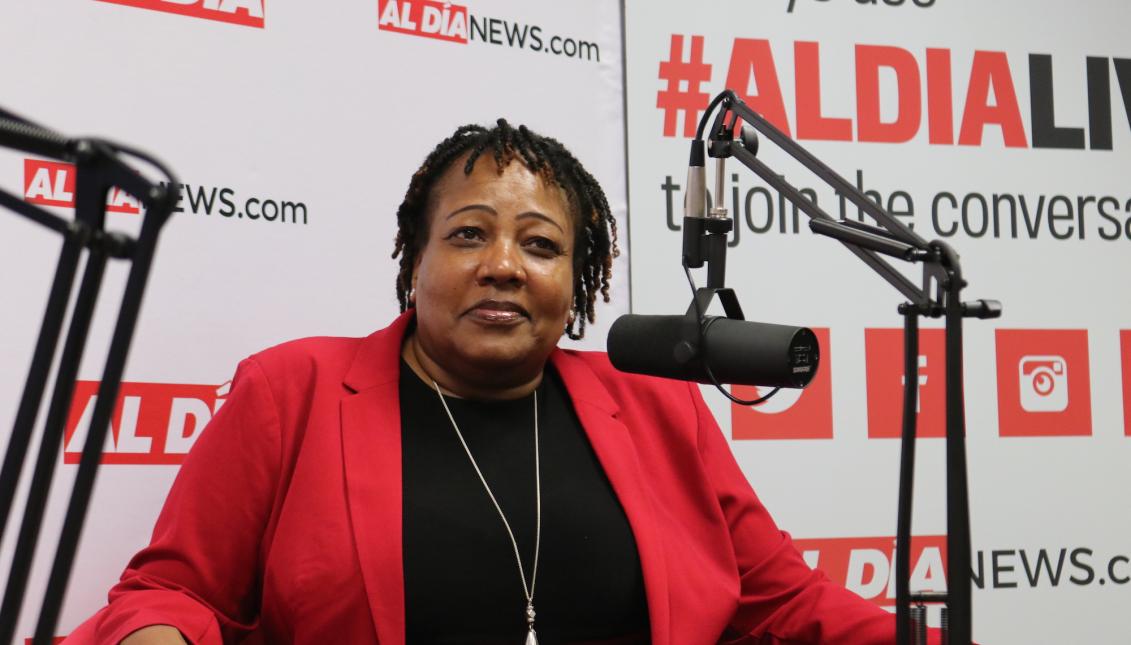 Newly-elected Sheriff Rochelle Bilal campaigned on a fresh start for the trouble Sheriff's office, which faced some weighty corruption issues under the two prior leaders, and won her election decisively.

John Green, who held the office prior to Jewell Williams, was recently sentenced to 5 years in prison last August after pleading guilty to a bribery scandal, and last May it was reported that there has also been a federal investigation into an official in the most recent Sheriff Jewell Williams's office as well, centered on an unnamed official in the real estate department accused of accepting bribes for giving buyers advance notice of Sheriff sales.

Bilal handily beat Williams in the election after he was credibly accused by multiple staffers of sexual harassment, and she had pledged to put the scandal-plagued recent history behind her during the campaign. But just this week we got some disturbing news that the old habits may be dying harder than anticipated, with the bizarre demotion and eventual firing of Bilal's newly-hired Chief Financial Officer Brett Mandel after he pushed back over off-the-books spending.

Bilal's team has since pushed back on Mandel after he took the allegations public, saying that Bilal is just a couple months into the new job and can't be expected to have cleaned up the mess yet. That's a fair point, but it's noteworthy that Bilal's office is also studiously avoiding denying the allegations either. One of the weirder tidbits in Inquirer reporter Chris Brennan's account, of which there are several, is when Bilal issues a statement about the Sheriff sale advertising contracts—one of the longest-running known sources of political grift in the system—through the outside vendor that places the ads.

Mandel also provided a memo he wrote to Miller, Sims, and Scholnick on Feb. 5 — five days before he was fired — about the Sheriff’s Office spending $6.3 million in fiscal year 2019, before Bilal took office, to advertise mortgage and tax-lien sales. Mandel called that spending “beyond the legal requirement“ to alert the public to those sales. He noted the firm placing those sales notices collected $719,320 in commissions that fiscal year for work that could be done by Sheriff’s Office employees.

Bilal’s statement to The Inquirer was provided by Grant, one of the partners in Cardenas Grant, the firm paid to place the advertisements. That firm’s contract ends on March 31.

It’s unclear whether Bilal will continue that practice and, if so, who will get the contract. Grant also refused to say if Bilal will use competitive bidding for future contracts with her office.

Bilal does deserve a longer runway to sort out the worst practices from her two predecessors, but the early reaction to this story does not inspire confidence, especially since Bilal really can fairly say at this point that she doesn't own any of those problems yet. The better thing to do when Mandel raised these issues would have been to establish a new policy, communicate it to the media, and then move on. The defensive positioning and the firing just makes it seem like Bilal plans to continue these questionable practices.

Again, it's early, but it's still worth keeping in mind that the last two Sheriffs came into office as self-styled reformers too, before the problematic internal political incentives got their hooks in them.

There's never been a time when the Sheriff's office was okay in the modern era, and it still makes the most sense to disband the office and disperse its various responsibilities to the Department of Revenue, the Land Bank, and the courts. We've seen time and time again how the set of cross-pressures within the office seem to turn decent people bad over their tenure, and it's enough to conclude that it should no longer be an independently-elected office. As with the City Commissioners, having a separate election for this counter-intuitively results in less accountability and less public attention than if the Sheriff were simply hired by the Mayor, and the Mayor could be held accountable for any scandals in that office.

It took a major sexual harassment scandal for Bilal to win the election, but this is like the exception that proves the rule. The stuff that should have led voters to fire the last two Sheriffs in any sane world did not even register electorally, which should make us more pessimistic about the prospects for holding the row office holders accountable through elections for anything related to their real functions.