Announcing the Winner of the 2019 Municipal Elections Pool

Last week, Philadelphia 3.0 announced our 2019 Municipal Elections Pool, inviting Philly political junkies to test their prediction skills and guess the outcome of the general election for City Council At-Large and other local races.

We asked participants to answer 10 questions, including ranking the At-Large winners by their vote totals, guessing the vote totals for the 6th and 7th place finishers, the margin in the 10th District race, the final percentage for Marsy's Law ballot question, how many wards Mayor Jim Kenney would lose, and more.

A total of 68 people completed the quiz, including lots of smart political campaign pros, staffers, ward leaders, and activists.

The results of the election contained some big surprises, but some people came closer than others to getting it right. The way we scored the quiz, it was possible to get 14 points: 1 point for each At-Large candidate correctly ranked in the first question, and 1 point each for a correct answer to all the other questions.

The poll was unexpectedly difficult, with the average score clocking in at a meager 2.99 points.

The winner, with 7 points, was Ruokai Chen.

Following Ruokai, tied for 6 points, were Leonard Bonarek, Mike Cibik, Joe Cox, Lev Hirschorn, and James Kennedy. James Kennedy won the tiebreaker question of how many total votes were cast in the election, coming the closest of all participants in the pool. James guessed it would be 291,000 votes, and the unofficial total currently available from the City Commissioners is 293,456.

Claire Adler, Courtney Bieberfeld, and James Onofrio all deserve special recognition too for being the only ones to guess all 7 At-Large winners, just not in the exact rank order.

Here's a chart showing the breakdown of people's predictions for the At-Large race: 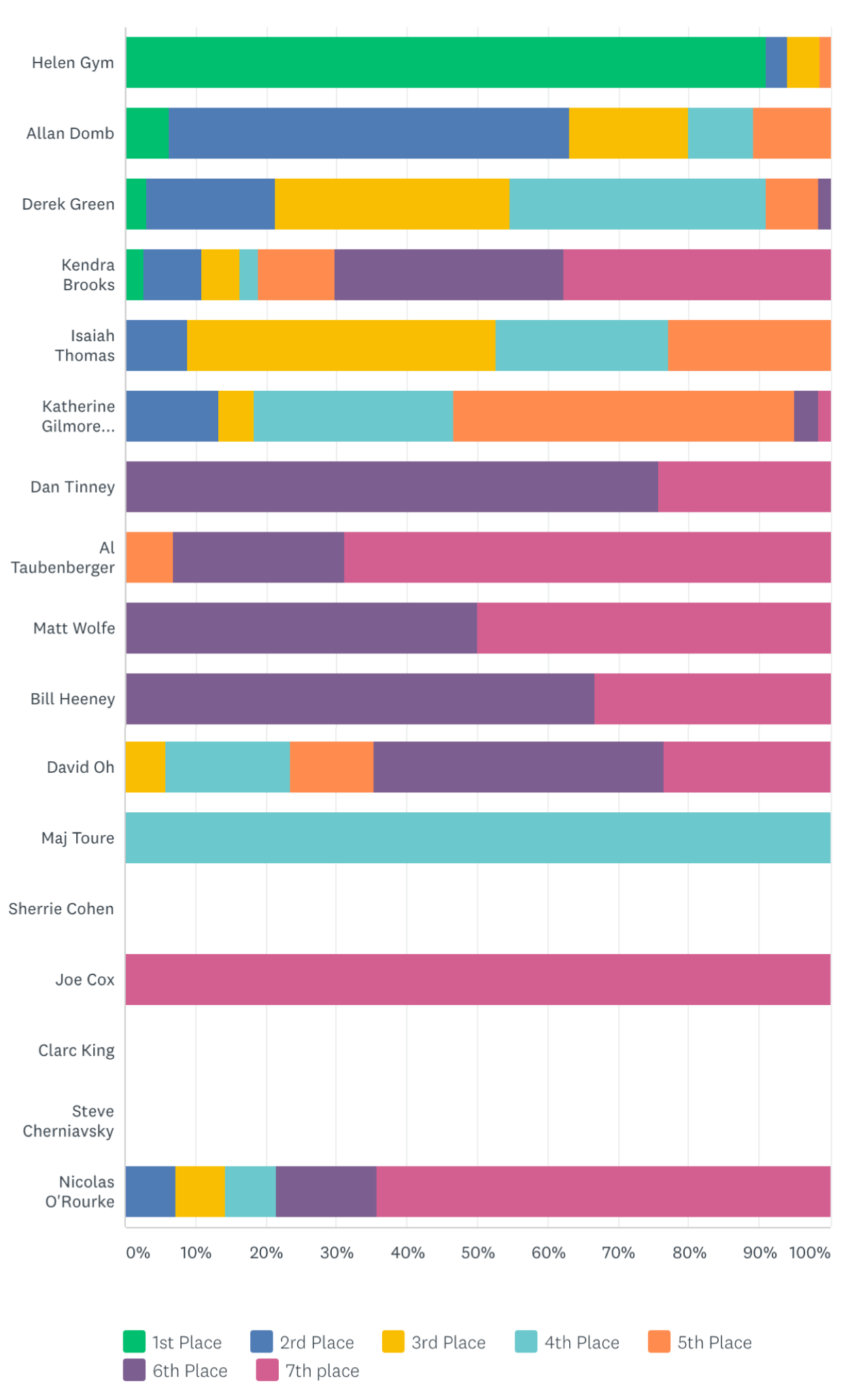 A few other fun facts from the pool: