Brady: Seth Williams Probably Not Getting Dems' Support in 2017 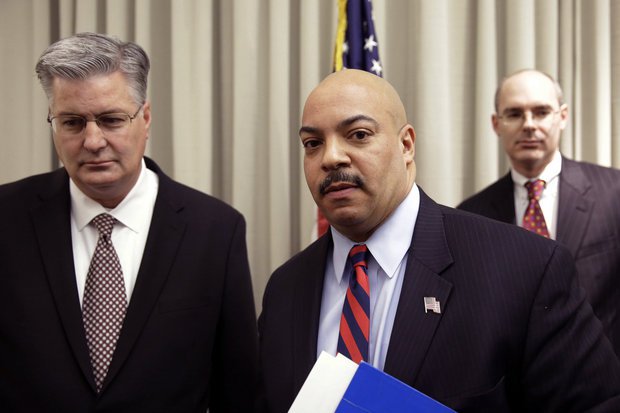 Incumbent District Attorney Seth Williams got some more bad news today as Congressman Bob Brady, chair of the Democratic City Committee, told Chris Brennan that the party is unlikely to endorse Williams as the party's nominee in the 2017 primary.

Brady tells Brennan he's been fielding calls from challengers, as well as from party officials who are unenthusiastic about backing Williams, and he envisions more of an "open primary" next year.

"As we're talking now, I think it will be hard for him to gain support," he said. "There's a lot of people who don't want to support him."

As Brennan points out, it is highly unusual for the DCC not to back an incumbent Democrat. They backed Chaka Fattah even after he was indicted on federal corruption charges, and they backed City Commissioner Anthony Clark even after it was reported that he hadn't voted in the last five election cycles and is rarely seen at work.

The only exceptions the DCC has made in recent years were for Maria Quinones-Sanchez in the 7th Council District and Brian Sims in the 182nd District--two politicians who managed to defeat party-backed choices--so the open primary would truly be an oddity.

Is Brady expecting the other shoe to drop on the FBI's investigation of Williams? Does he doubt that his likely replacement at DCC Jonathan Saidel will be able to hold the ward leaders together on an endorsement in the event that Brady steps down as chair after the November election, as has been rumored?