Cap and Trade: The Simple Fix for Neighborhood Parking Angst 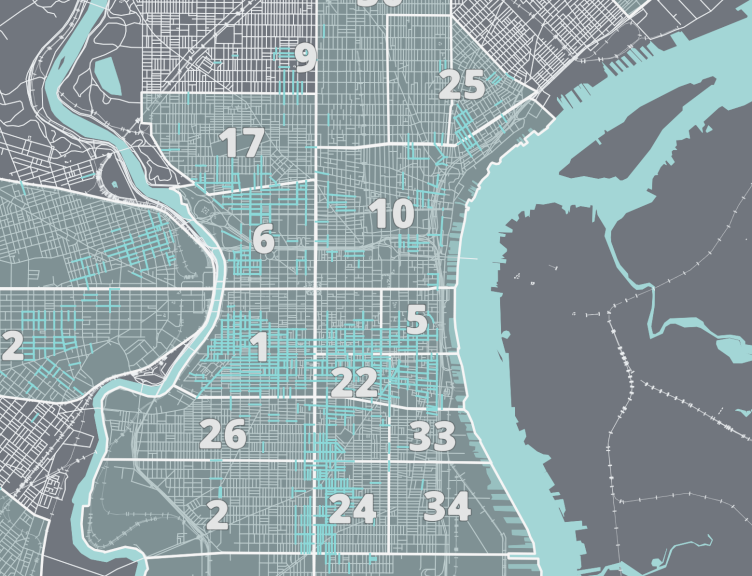 We've explained in some prior posts why this is such a bad idea, but for those looking for a Cliff Notes guide, check out this 5-minute video from Vox:

The proposed medicine is worse than the disease, but all this parking angst does stem from a real problem that local government is failing to address: the utter failure to manage curb parking in a sensible way.

At just $35 a permit per year, the PPA's permit parking program doesn't even raise enough money to pay for itself, let alone discourage people from using the street for long-term car storage.

And most city blocks don't currently use permit parking at all, as the City and PPA put the onus on residents to petition for permit parking on a block-by-block basis rather than opting in whole districts or neighborhoods.

The current approach is totally insufficient to address the problem of oversubscribed curb parking in any kind of comprehensive way, and the predictable result is streets clogged with cars parked long-term, and very minimal turnover.

As Gilles Duranton tells Jake Blumgart at PlanPhilly, increasing parking minimums has a certain logic behind it if we're just ruling out dealing with the curb parking mismanagement, but managing curb parking is a much better approach.

Gilles Duranton, chair of the real estate department at the University of Pennsylvania’s Wharton School, agrees that free or incredibly cheap on-street parking is the crux of the problem. As long as the existing parking prices (or lack thereof) remain in place, parked cars can occupy highly valuable public land without paying for it. As neighborhoods fill again with Philadelphians who’d also like to use use that land for cheap or free, parking conflicts sharpen.

“The root of the problem is that the city is massively subsidizing on-street parking,” said Duranton.

Just how large of a subsidy are we talking about? Market prices for off-street parking range from about $150-250 a month, which adds up to about $1,800-$3,000 a year. Council charges $35 a year, which rounds to about 9 cents a day per vehicle to park long-term on the public street.

This gets at why increasing parking minimums won't work to reduce tight curb parking. The availability of more off-street parking per se doesn't do anything to prevent newer residents from using the free on-street parking. As long as there's no cost to park on the street, it's always going to be everyone's first choice no matter how much off-street parking is built.

In both my current neighborhood in Fishtown, and my old neighborhood in Bella Vista, a surprising number of garage owners use their garages to store personal items and park on the street anyway. New buildings will often charge separately to use the on-site parking at a rate that's higher than the free or cheap curb parking, nudging car owners toward the free curb parking. People who own indoor spaces might also choose to rent out those spaces to someone else and park their own car on the curb. To free up more curb parking, there's no alternative to managing the curb parking.

But it's also almost impossible to imagine a situation where Council would vote to bump parking permit prices from $35 up to $1,800-$3,000 a year to make them competitive with private off-street options. In addition to the bad politics of a huge fee increase, it also runs afoul of the popular desire to treat long-time residents and new residents differently (despite the fact that the streets are publicly-owned land that belongs to everyone equally.)

The only workable political solution is to give long-time residents exactly what they say they want: free parking for themselves, and more expensive parking for new residents.

The way to accomplish this is a Cap-and-Trade system for parking permits.

Current homeowners feel that they have a weak 'property right' to the parking on their block. When new houses bring more cars to the neighborhood, the value of that property right gets eroded. The current parking permit system is a step toward codifying that property right, but the problem is that it's too weak. The PPA will just keep printing and printing them forever. In parts of Center City, the PPA has printed vastly more permits than there are curb parking spaces, greatly reducing the use value of the permits.

So the first step is to stop printing permits when you run out of curb spaces. The Parking Authority should take an inventory of the legal parking spaces in each permit district, and turn off the printer when they reach the limit. The second step is to make the permits tradeable, so the owners can sell them on Craigslist or eBay or Internet Yardsale groups on Facebook.

If you like your permit, you can keep it for as long as you want. Some people might decide though that they'd rather have the cash and sell their car, or even offload an under-used second or third car. Trade by trade, the value of the permits would eventually climb to their true market value, and we'd start to see some more curb parking spaces open on each block.

The permits would need to be tied to an address so that they would continue to be useful, rather than purely a store of value, like a taxi medallion. And in areas where permits already exceed the number of parking spaces, the permits could be reduced through attrition. Ideally the City would tax transfers at the point of sale, rather than continuing to collect the annual $35 fee. The revenue could be spent in the districts where the money was raised, or be used to reduce other taxes and fees.

What's in it for newer residents? While this is unquestionably a better deal for incumbent homeowners, there are major benefits for newer residents to solving the curb parking problem once and for all. For one thing, it puts the cost entirely on parking users, and doesn't force people who don't own cars to pay for their neighbors' parking the way Clarke's bill does. If the cost of curb parking has to go up, people who don't drive shouldn't get roped into paying for that. Permit Cap-and-Trade preserves the option not to pay, and speeds up the unbundling of parking costs from housing costs.

And on a citywide level, finally dealing with the curb parking problem would have enormous economic value. So much useful economic activity is continually being blocked over concerns about free curb parking, from dense infill housing, to neighborhood retail businesses, to bike share stations, to traffic calming street changes, and on and on.

Permit Cap-and-Trade would change the politics of parking by creating a new political constituency with a vested interest in growing permit values. Permit holders who might previously have opposed new apartments down the street, or a new restaurant around the corner, on parking grounds might find their views have changed.

This idea may be a little repugnant (why should incumbent homeowners get a huge, somewhat arbitrary windfall?) but it's the least-bad option out there. It won't reduce the overall volume of home building like Clarke's bill would, and it won't drive up the cost of housing. But it would solve the problem of parking congestion in a way that's less economically damaging than Clarke's parking minimums bill, and doesn't try to work against what long-time residents already believe about parking.