The Trump Administration Will End the Census Count a Month Early. Take the Census Today! 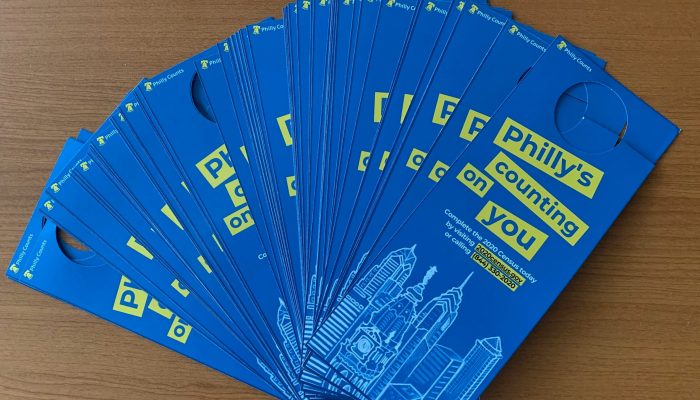 The Trump administration announced late Monday that the Census Bureau would be ending its count of the population a month early, even for the online collection form, in order to—they say—meet deadlines for reporting data for Congressional redistricting. The move alarmed Census experts and non-profits who have been ramping up door-to-door and other targeted outreach to harder-to-reach populations about the Census, and say an earlier deadline would lead to a less accurate count.

“This move will rush the enumeration process, result in inadequate follow-up, and undercount immigrant communities and communities of color who are historically undercounted,” U.S. Rep. Carolyn Maloney, chairwoman of the House Committee on Oversight and Reform, wrote Census Bureau director Steven Dillingham in a letter on Tuesday [...]

As of Sunday, 37% of U.S. households hadn't yet responded to the census questionnaire. Some of the 500,000 door knockers hired by the Census Bureau have started visiting those households, but they weren't expected to go out in force until next week.

Facing delays caused by the pandemic, the Census Bureau had earlier this year pushed back wrapping up field operations for the once-a-decade head count from the end of July to the end of October.

The bureau also asked Congress in April to extend the deadline for turning in apportionment data used for drawing congressional districts from Dec. 31, 2020, to April 30, 2021. Top Census Bureau officials have said it would be impossible to meet the end-of-the-year deadline, and that the bureau expected bipartisan support for the request.

The bill passed the Democratic-controlled House, but hasn't gone anywhere in the Senate, where simply by doing nothing, Senator Majority Leader Mitch McConnell can enforce the unrealistic end-of-year deadline, and force an early end to the survey period in ways the White House is openly saying they think will benefit Trump and Republicans politically.

An accurate Census count for Pennsylvania is so critical because, among other things, the state is once again expected to lose Congressional representation in the next reapportionment, so we need every person counted in order to hold down our lossses, and get all the representation PA residents are entitled to. It also matters for redrawing the state legislative maps, and making sure Philadelphia, Pittsburgh, Allentown, Harrisburg, and many other central cities that have seen some growth in the last decade get the representation they need to effectively counter anti-city legislation in the state capitol. And in Philadelphia, it matters for a fair City Council redistricting (and aspirationally, ward redistricting!)

These counts drive the political process in all kinds of quietly important ways that have material consequences for real people, so make sure your friends and neighbors get it in, make sure your representatives are talking to their constituents about it, and let's all do our part to make sure Philly Counts.