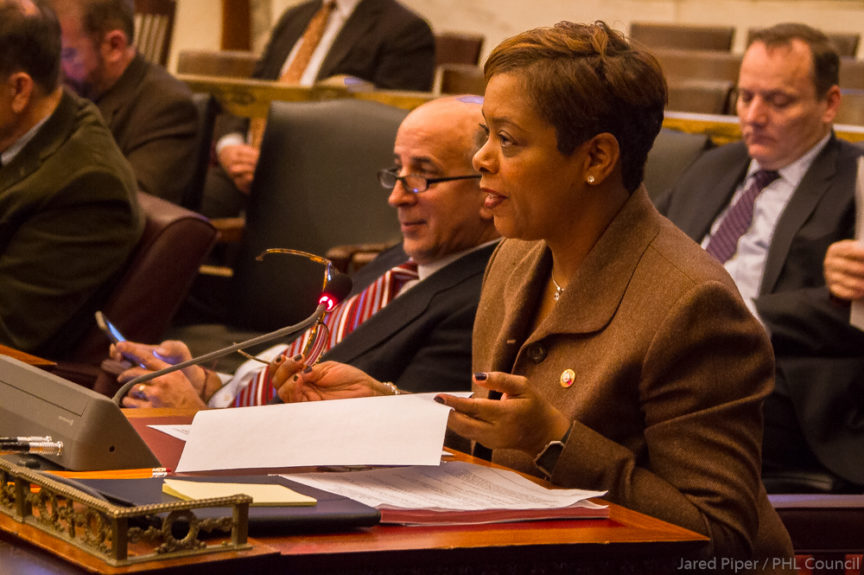 Councilmember Cindy Bass has penned a response to my op-ed in the The Philadelphia Citizen taking issue with the idea that her daycare ban bill 1. is a ban, and 2. is an unusual or misguided response to complaints about daycares. In it, she makes several misleading or incorrect points to bolster what is a very weak case for a District-wide ban.

Despite the confident headline, "My Legislation is Common Sense," the real news here is that Councilmember Bass is actually pulling back the bill in response to criticism.

"I think it’s important to provide background and context for this proposal. I introduced the bill after years of meetings and feedback from constituents, business owners, community leaders and groups, and commercial corridor organizations in the 8th District. They shared concerns about the oversaturation of daycare facilities inadvertently affecting business corridors. Bill 180751 is intended to address their concerns and support vibrant and diverse economic development.

However, I have decided to hold the bill to allow more time for my constituents to review it and offer feedback."

As I noted in the original piece criticizing this bill, there's just no evidence of oversaturation, and in fact, the Reinvestment Fund report cited by Bass as proving there's a surplus of child care options actually found that parts of the 8th District have an acute relative shortage of certified childcare providers. 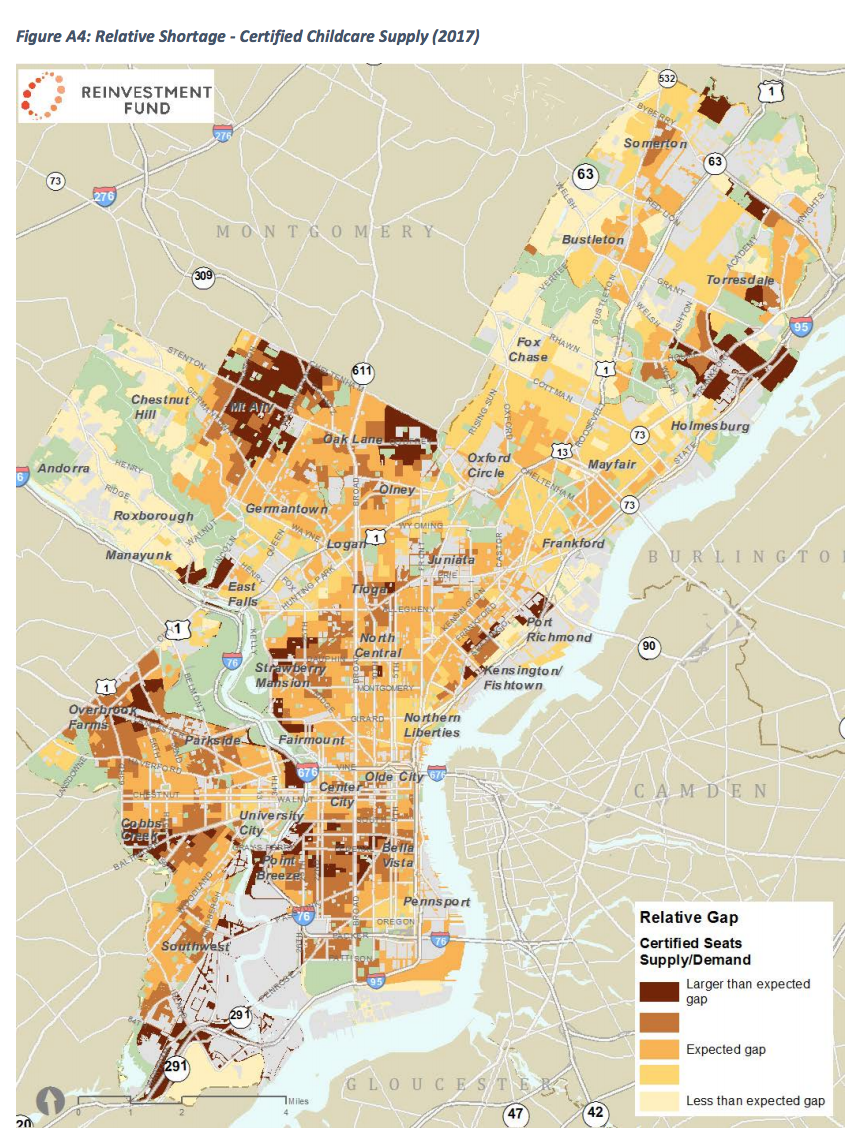 Councilmember Bass also falsely claims that the bill does not ban daycares, when it straightforwardly does this:

There are misconceptions and misinformation about what the bill does and does not do. Bill 180751 DOES NOT ban the opening or expansion of daycare facilities in the 8th District. Any claim that it does is patently false. I want to repeat: Daycares can continue to open in the 8th District. Additionally, no existing daycare would be affected by this legislation.

What this bill does is create a zoning overlay that would require business owners seeking to open new daycare facilities or expand already existing centers to go through the same zoning process as is currently required of most Philadelphia businesses. This process includes applying for a zoning variance, talking with neighbors at a community meeting, and being approved by the Zoning Board of Adjustment. A zoning overlay is an accepted community development tool used in City Council and would also be applied to tire shops under this bill. The 8th District has a thriving and growing business sector and this process has not been, and will not be, a barrier to entry.

First, this is a very silly denial because the term "prohibited" is right there in the bill. If it passes, daycares become a prohibited use under the zoning code within the entire 8th District. This is the plain meaning of the text. Second, most businesses that open in Philadelphia do not have to go through the zoning variance process to open up. Like not even close! And on the semantics of the word "ban," the existence of lighter-touch forms of regulation like special exceptions puts the lie to this claim. She went with the harshest available option, so opponents of the bill are totally justified in characterizing it as a daycare ban.

As Councilmember Cherelle Parker explains, in a statement rebutting Councilmember Bass's comparison of the daycare ban to in-home daycare legislation that Parker passed, the difference between a variance and a special exception is that in the case of a variance, the burden of proof is on the applicant, and with a special exception, the burden is on the neighbors to say why the use is harmful. The whole thing is worth a read: 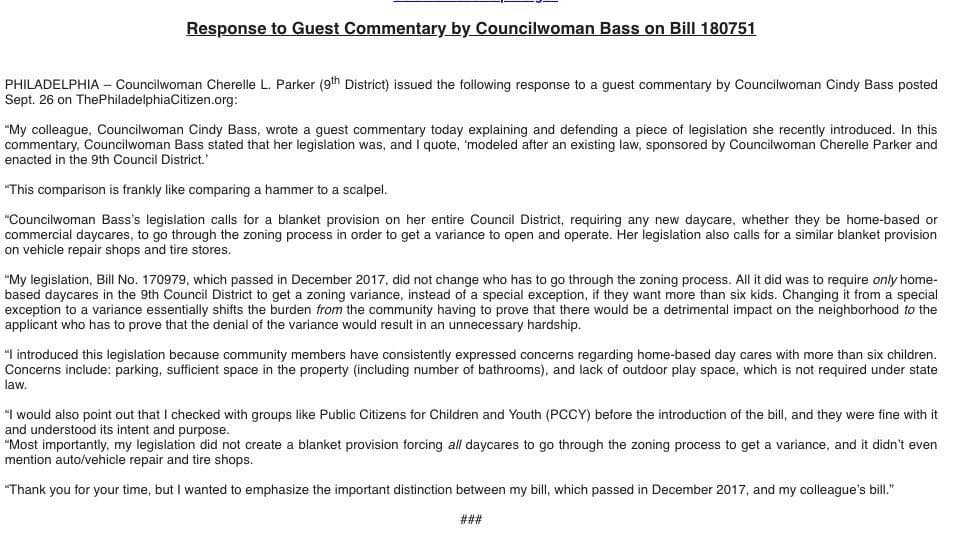 Councilmember Parker explains that she made it harder to open only in-home daycares with more than six children for a number of reasons, and decided to make people go through the variance process to do this, where the burden of proof would fall harder on the applicant. While a harder hurdle to clear, focusing only on in-home daycares seems a lot more targeted to some of the specific problems cited by Bass and supporters than a blanket ban, and it also helps illustrate a more middle-of-the-road option that Councilmember Bass could have taken if she meant what she said about not intending to create a barrier to entry for new childcare providers.

Looking at the big picture, the zoning variance process is only supposed to be for seeking exceptions to the rules based on a hardship. It isn't meant to be the routine process for doing anything, and that's another major reason why this is bad legislation.

One of the key reasons we had the Zoning Code Commission (ZCC) between 2007 and 2012 was because Councilmembers were using zoning to create veto points to haggle on the details of all kinds of projects and uses that should just be rubber-stamped. It's not what zoning is meant for, and is an abuse of power. In 2018, Councilmembers should be striving to have the existing rules allow most of the common types of things people might want to use land or buildings for, as long as they don't harm anyone. And no, daycares don't fit into the harm category!

If zoning reform is working, the ZBA should see its caseload dropping dramatically, at least as a fraction of total projects, because we've written the by-right rules so well that most activities are just getting their zoning permits over-the-counter, with no political discretion involved.

The further away we get from the heady days of the ZCC, the more the old way of gumming up the works to extract concessions seems to be reasserting itself, but the zoning reformers of the late 2000's had this right, and it's worth defending and building on what they accomplished. This bill is a direct affront to that hard-won rule-based vision, so there's a much bigger issue at stake here about Council zoning norms in addition to the immediate concern of avoiding a politically-induced childcare provider shortage.