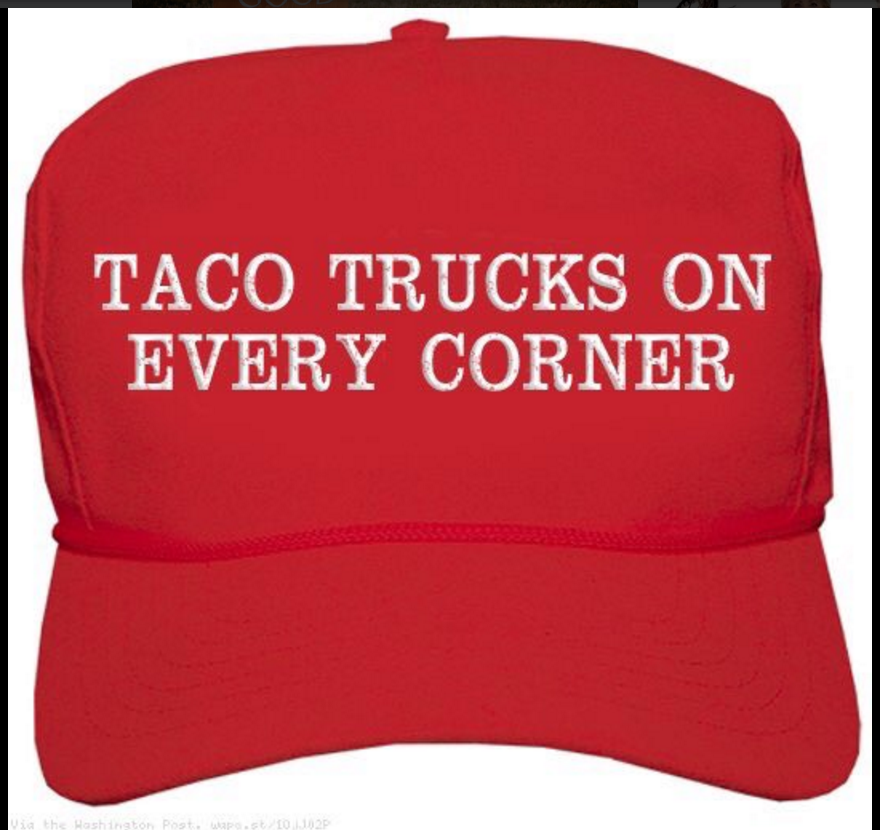 Last Thursday, Latinos for Trump co-founder Marco Gutierrez delighted the Internet when he warned darkly that if Donald Trump loses the election, there'll be a taco truck on every corner.

"My culture is a very dominant culture,” Gutierrez told MSNBC, "It is imposing and it’s causing problems. If you don’t do something about it, you’re going to have taco trucks on every corner.”

Those of us with human taste buds thought that sounded downright utopian, and by mid-morning Friday, social media was abuzz with memes cheering on the ubiquitous taco trucks that would proliferate under a hypothetical Clinton administration. 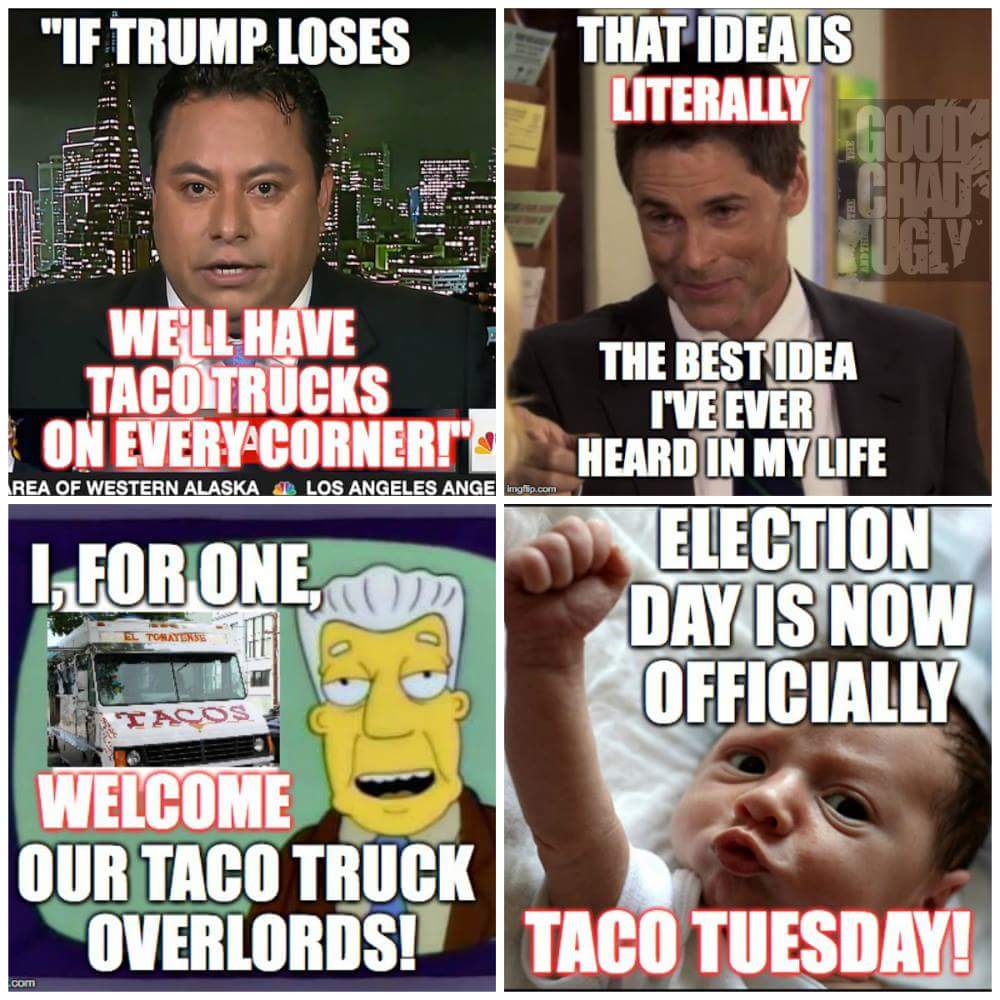 With local interest in food truck politics cresting, it's worth pointing out that the main obstacle to a taco truck on every corner isn't a Donald Trump Presidency, or even the overall volume of immigration into the United States of America--it's City Council.

In Philadelphia, a food truck operator can't just park on any corner of the central business district and start selling food to people. As Jared Brey reported last winter, L&I keeps a list of streets where food trucks are prohibited from doing curbside business, and it covers most of the Center City and University City office districts (my bold):

Currently, the Dept. of Licenses and Inspections keeps a list of “prohibited streets” where street and sidewalk vending are not allowed. [Rob] Mitchell [owner of The Cow and the Curd, and vice president of the Philadelphia Mobile Food Association] said those restrictions make it almost impossible to open a new food truck in the area stretching, roughly, from Front to 40th streets, and from Bainbridge to Vine.

The City does allow food trucks to cluster at LOVE Park, and there was a decent-sized market before construction started, but now that it's all fenced off the truck pod is greatly diminished. There are also two mobile vending zones sanctioned on Spruce Street and Market Street on Penn's campus. Even so, this is a far cry from a taco truck on every corner, and it's far off the mark from what Philadelphia, and America, need.

Back when I used to work near Independence Mall, the lunchtime options for takeaway food were pretty lackluster, with the important exception of Chinatown about a ten-minute walk away. West of the Mall, there are a lot of nice eat-in places, but takeaway options that are both cheap and delicious are hard to come by. The area north of Market West has the same problem.

The situation calls for food trucks to spice things up by injecting some more quick, affordable, and creative cuisines into the downtown lunch economy. The Mobile Food Association had been beating this drum for years, to no avail, until last winter when 1st District Councilman Mark Squilla introduced a couple of bills aimed at unleashing a little lunchtime innovation.

The first bill, which Council passed and Mayor Nutter signed, allowed food trucks to operate on private property for the first time. If you own a parking lot, you can host a food truck pod on it, if you like.

The second bill would have created a new category in the code for Mobile Food Vendor (distinct from Street Vendors, as well as Peddlers, Hawkers, Hucksters, and Transient Vendors who are all actually named in the code), and would have allowed them to operate by-right on city-owned property located within the Central Business District zones (CMX-4 and CMX-5.) That bill proved more controversial with incumbent restaurant owners and never made it out of Council's Rules Committee.

Even the second bill wouldn't have legalized food trucks on every corner though, and to his credit, Squilla told PlanPhilly he planned to introduce bills legalizing curbside vending in Center City later that spring. He never did introduce that bill.

This may seem like a small-ball issue, but it's not. Hospitality is big business in Philadelphia and an important source of growth in the city's economy. Our restaurant industry is closely intertwined with the fast-growing leisure travel sector that contributes billions in tourism dollars to Philadelphia's economy each year. So it's important for our local elected officials to consider the impact on innovation from walling off the largest market in the city from mobile vendors, and who is hurt by this.

The local food truck scene is full of first-time business owners, many of whom came to Philly from other countries, who took a risk on a tasty family recipe and parlayed it into a full-time job. In many cases this is a way for people to grab the first rung of the economic ladder, or test the market for a new food concept.

South Philly Barbacoa, which recently ranked at #6 on Bon Appetit's Hot 10 list of America's Best New Restaurants, was started by Cristina Martinez and her husband in their apartment, then became a mobile business, and is now a highly popular brick-and-mortar restaurant.

Nathan Winkler-Rhoades, co-owner of the Pitruco Pizza truck, launched Enjay's in University City and more recently helped create the pizza menu at the critically-acclaimed Wm. Mulherin's Sons in Fishtown. There are dozens of other stories just like that.

Some of the most creative people in the local restaurant business have benefitted from testing their ideas first as low-overhead concepts. Our local elected officials should be encouraging this by allowing them to access the city's largest lunchtime markets. It's time we stopped hoarding this opportunity: City Council, tear down L&I's unjust vending wall around Center City and University City, and make lunch great again!