City Council’s New “1,000 Affordable Homes” Announcement and the “Where?” Question 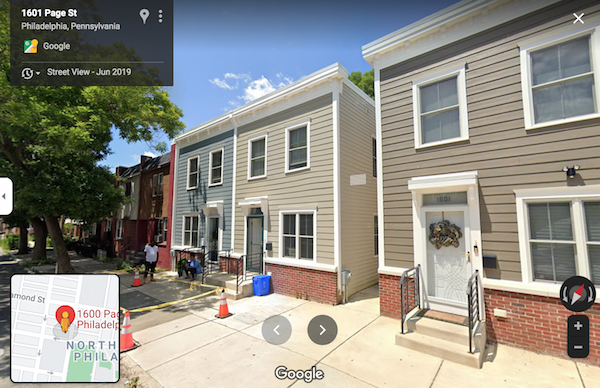 The City of Philadelphia owns in the neighborhood of around 6,000 vacant properties, so if this were to be successful, it would devote a sizable chunk of the city’s land holdings to affordable housing for homeownership purposes.

Combined with some other recent cases before the Land Bank, and ones soon to be on deck at upcoming meetings, there are some encouraging signs that the various housing power players are coming around—conceptually at least—to the idea that city-held vacant land represents an important opportunity to address the shortage of affordable housing in Philadelphia.

Of course, the idea of providing city land at nominal cost to developers in exchange for deed restrictions on rents or home sale prices is not a new idea in city housing policy, and has been tried in various iterations over the years, but nothing like at the scale proposed by Council President Clarke. City Council has made some positive moves in this direction already, like the 2019 legislation that created a streamlined process for acquiring Land Bank land for mixed-income housing, which has recently led to a faster pace of land disposition for housing than had been the case at any point in the last decade.

The Building Industry Association has recently called for building on this law with their Blueprint for Attainable Housing, which calls for a policy that’s strikingly similar to what's proposed in Council President Clarke’s most recent announcement, but is also different in some key ways.

That document calls for an approach of providing city land at nominal cost in exchange for regulated rents and home sale prices in the resulting housing projects, retooling zoning density bonuses to finance more below-market homes, retaining the property tax abatement for 20% below-market-rate projects, and various other regulatory and policy changes.

The core of it, though, has to do with the disposition of city land for affordable housing uses, and BIA pledges that its members could deliver 6,000 affordable homes over 10 years with no direct fiscal outlay from city government. They estimate 1,000 units could be built within the first 3 years. It's unclear how long of a timeline the Council initiative may have, although the whole $400 million in Neighborhood Preservation Initiative funding is intended to be spent within 4 years.

The “homes” vs. “units” distinction is worth flagging here, because the Building Industry Association document is counting rental housing as part of the mix, whereas the CP Clarke initiative is exclusively focused on single-family homes for homeownership use.

According to sources, neither fellow members of City Council, the Building Industry Association, or any other housing-related group had any input on this initiative before Clarke’s announcement—something that should make us more skeptical about its likelihood of success.

There’s a good reason why this fairly obvious idea hasn’t gotten very far in the past, and that is the “where” question that always bedevils most worthy land and housing-related ideas under the unofficial Councilmanic Prerogative governance system that controls such things. The fact that right before the press conference was the first time most of Council President Clarke’s colleagues had heard about the initiative is a tell that Council hasn’t yet agreed on which specific city parcels should be in play for this, and that alone should cast a lot of doubt on the whole enterprise.

Council President Clarke of all the members of Council comes to this issue with some of the least credibility when it comes to making wise choices about city land and affordable housing. The latest example is the recent debacle over Habitat for Humanity’s Page Street affordable housing project in North Philadelphia. In that situation, Council President Clarke held up a simple land transfer from the Redevelopment Authority to the Land Bank for 7 months after promising the land to Habitat to build 7 deeply-affordable homes—all because a handful of nearby residents who’d been using the Page St lot for illegal parking showed up to a Council hearing to complain.

In the end, one deed-restricted affordable home was deleted from the project to appease the parking complainers, and the land was finally transferred this month. But 6 families with mortgage approval in-hand still had to wait an extra 7 months just to accommodate the City Council person’s extended song-and-dance routine for the project opponents.

Dan Pearson at the Inquirer editorial board penned a must-read op-ed last week about the ways in which City Council’s grip on land, the Land Bank, and the land disposition process generally has directly resulted in more blight, less housing, and a diminished quality-of-life for many residents as a result of poor maintenance. That’s partly a funding problem, but it’s also partly a problem of City land-holding agencies behaving like hoarders and unstrategically holding onto assets they're unlikely to maintain or redevelop, while creating problems for neighbors in the here-and-now.

In a first, the Land Bank lost an Act 135 conservatorship case against a property in North Philadelphia that was blighted for 7 years. Incredibly, the Department of Licenses & Inspections even testified against the Land Bank, another city government agency, and the end result is that the building will be demolished due to its imminently dangerous status.

It would be ideal if Neighborhood Preservation Initiative (NPI) funds were used to restore more of the city’s existing blighted property holdings to make them habitable for new owners, and in a two-fer, reduce blight and its associated problems on more of the blocks that play host to these city properties.

But the 1,000-home goal won’t be reached through repairs and rehabs alone, and not every vacant rowhouse shell can be preserved, so new-construction housing is undoubtedly going to be part of the mix. And there, City Council should consider more of the policy opportunities presented in the BIA’s Blueprint for Attainable Housing.

While there’s of course room to debate BIA’s claim that their strategy would result in 6,000 affordable homes within 10 years, Council President Clarke is currently aiming at a much lower number than that, and his office should be asked why they’ve landed on a goal that’s six times less ambitious than what the BIA Blueprint plan says could be produced with a strategy that’s facially very similar, and requires no direct funding outlay in the city budget.

Is there a way to get more housing out of each piece of city land through density bonuses, as the Blueprint document suggests? Would Council consider more of a blend of single-family rowhomes, duplexes and triplexes, and denser apartment buildings as part of the strategy to get the total number up? While 1,000 homes is certainly a round number, there’s nobody who thinks this comes close to meeting the scale of the need that exists in Philadelphia, so why not aim even higher?