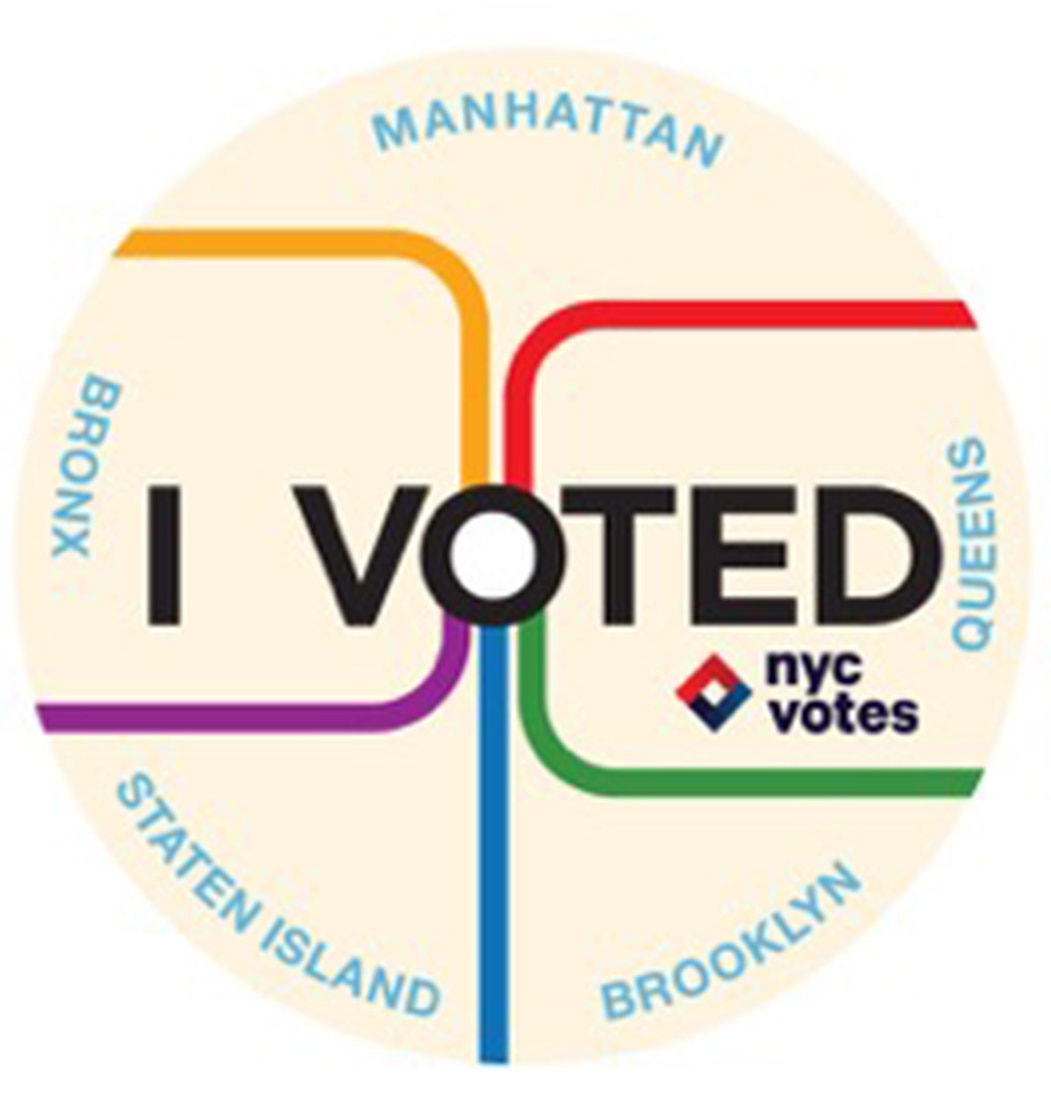 Philadelphia is going to be getting new and stickier 'I Voted' stickers to distribute on Election Day this year, Jonathan Lai reports, and the new design will be decided based on an art competition and a public vote. A similar process in New York City resulted in the subway map-themed sticker pictured, designed by artist Marie Dagata.

The complaints roll in every election. For something called a sticker, they don’t do all that good a job of actually sticking. And why are they so generic? Some places have custom stickers that reflect the specific city, town, or state.

Now, Philadelphia is scrapping its current stickers and holding a competition to find new designs to showcase pride in both voting and the city. The commissioners on Tuesday will announce the competition in partnership with the School District, with submissions accepted through January.

Lai notes that the competition will source submissions from elementary, high school, and college students, and adults, and the public will get to vote on six semi-finalists.

This may seem like small-ball issue, and it is compared to all the really big structural changes we still need to make at the state and local levels to ensure everybody can exercise their right to vote.

But beyond the stickiness factor, which is legitimately annoying but not the end of the world, there's an important civic pride element to this that could plausibly have a real effect on encouraging more of a culture of voting.

Some studies have shown that both social identity and peer pressure have important impacts on voting behavior. Social identity may outweigh policy preferences as a reason for voting at all, according to research from Duke University. This is what's behind the recent messaging turn where more campaigns now ask people to "be a voter" in the upcoming election, rather than asking them to vote. It's about connecting it back to people's identities.

"For some people, the act of voting itself is primarily about identity -- not about the direct personal benefits of a vote, Huettel said. The chance that an individual's vote will have an impact on the presidential election is slim-to-none in most cases, because of the sheer number of people who vote and because of how the Electoral College system is set up.

But if you cringe after reading that fact, you're not alone. The act of voting carries a strong sense of identity, which is reinforced by the social media streams we wade in on a daily basis.

"People are deciding to vote not because their vote has a material effect on their future, but because the act of voting signals something to themselves and others," Huettel said.

This adds to a political science theory called "expressive voting," which reasons that people have non-rational motives for voting. "In our model, we are specifying that these expressive votes are motivated by identity," Jenke said.

So by tapping into the Philadelphia identity—a very strong and expressive identity!—with a special Philadelphia-branded voting sticker, it's possible this could have a small but real effect on turnout—especially if the stickier stickers can get more mileage on people's clothing!

To submit a sticker design, follow this link to the rules and submission forms.