Commissioners bail on order to modernize machines before 2020 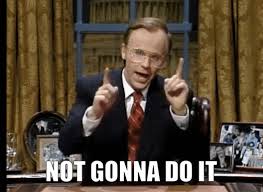 Last week, the Pennsylvania Department of State issued an order requiring that all counties in the Commonwealth transition to auditable voting machines in time for the 2020 Presidential election. The goal: Make sure there are paper backups of all votes cast in the most highly-scrutinized election in American history. The City Commissioners announced this week that they aren’t going to comply.

As we’ve written previously, the Department of State’s forward-looking approach to election security has the potential to spur transformative change in our election system. Not only are our current voting machines vulnerable to hacking, they are incapable of providing verification of the accuracy of election results. In short, because the computers that power our voting machines always think they’re right, in the absence of paper ballot backups, it is impossible to know when they’re actually wrong.

Advocacy for paper ballot backups has been part of the election modernization toolbox for a while, but a recent surge in public concern about the integrity of elections is driving a push for policy change. This order by DOS, along with an election modernization platform advocated by Governor Tom Wolf, has the potential to force Pennsylvania’s election administration into the 21st Century.

Enter the Philadelphia City Commissioners. Immediately after the State’s order was released, the Commissioners Office responded that they would not comply with the deadline, and instead would roll-out the new machines citywide the following year.

The Commissioners haven't articulated why they don't plan on complying with the State order, but its safe to assume the reasons lie in the most challenging aspects of buying and implementing new election technology.

There are three primary complications associated with procuring voting machines. First, a county can only purchase machines certified by the Department of State. As a result, the procurement process is dictated by DOS's certification timeline. But DOS has already certified one machine and more will be certified soon. Hopefully, the Commissioners plan on attending the demonstration of new voting technology in Harrisburg (at the Farm Show Complex, naturally) next Thursday.

Secondly, training poll workers on new technology can be challenging. Attendance at voluntary election board training sessions is spotty at best, and many divisions lack a full complement of election board workers to train in the first place. So there is reason to be concerned about growing pains.

And finally, voting machines are expensive. In 2015, the Commissioners requested $22 million for new machines, and were flatly rebuffed by City Council. Some assistance will be provided by the states and, hopefully, the feds, but the burden will largely fall on the City.

There's also the "national news story" risk to the Commissioners. One can imagine that there is concern about debuting a new technology during what everyone expects to be a fraught Presidential election cycle. Philadelphia’s turnout could turn the tide in Pennsylvania and, consequently, dictate the outcome of the election.

But these concerns don't absolve the City and its election administrators of their responsibilities. Philadelphia doesn’t get to hold off on investing in the integrity of its elections until the stakes are (relatively) lower, simply because the stakes will be lower. According to the National Conference of State Legislatures, states and counties “were already moving toward paper ballots before 2016. But the Russian hacking incident has brought the spotlight to this issue."

The current election climate obligates the City, at all levels, to commit to securing our election system for 2020. Anything else puts the integrity of our elections, and citizens' faith in the democratic system, at too great a risk.