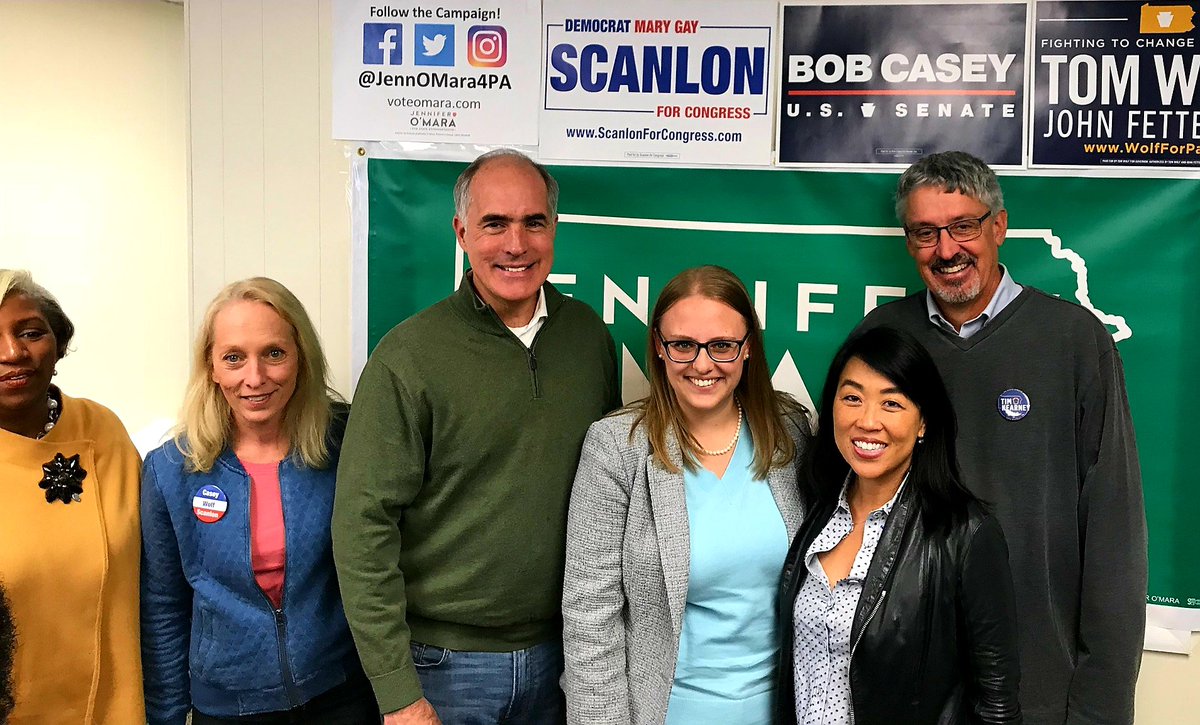 Philadelphia doesn't have very many competitive general election races on the ballot this November 6th, other than at the very top of the ticket, so many local activists have been interested in going to canvass in the southeast PA suburbs instead on these final weekends before Election Day, where some extra voter turnout could help swing competitive races in Congress and the state legislature.

For those just tuning in to the southeast PA races, who are interested in where the parties see the final battlegrounds in these last few weeks, a consultant friend just shared some helpful information about where the parties are going on the air this month in Southeast PA. The following districts are all accessible by SEPTA regional rail, so they're perfect for a day trip to canvass.

These are the districts where there have been the biggest last-minute ad buys, but I'm told there are other races worth working on in Districts 18, 29, 53, 142, 152, 162, and 168 that haven't attracted quite the same amount of ad spending.

165th District: Democrat Jennifer O'Mara is facing off against freshman Republican Alex Charlton in an evenly matched district, and so far her fundraising has greatly outpaced his. Now the Republicans are trying to come to his rescue in the final stretch.

61st District: Democrat Liz Hanbidge is taking on incumbent Republican Katie Harper, who was narrowly reelected in 2016 in a D+3 seat Hillary Clinton won by 17 points. Hanbidge was outraising Harper by two-to-1 as of this summer, but Republicans are coming in at the end for Harper.

151st District: School board member and assistant D.A. Sara Rothman is the Democratic candidate running against Todd Stephens, who has so far won by comfortable margins in a D+3 District that Hillary Clinton won by 14 points.

These are the Senate seats where Democrats have fielded a challenger and Republican opponents are on the air, indicating they're probably the most competitive.

6th District: State Rep. Tina Davis is the Democratic nominee running against long-time Republican incumbent Robert Tomlinson, who has traditionally had no trouble getting reelected in this suburban Bucks district, but the ground is quickly shifting. Both Barack Obama and Hillary Clinton won this District, which leans slightly Democratic at D+2.

10th District: Democrat Steve Santarsiero is running for an open seat being vacated by Republican Chuck McIlhinney, which sits almost entirely within the Congressional District he ran for in 2016. Rep. Marguerite Quinn is the Republican nominee. The District has an R+1 lean, but Hillary Clinton won it by 4 points.

12th District: Maria Collett, an attorney and nurse, is running to replace retiring Senator Stewart Greenleaf, whose son, Stewart Greenleaf, Jr., is the Republican nominee. The District, in suburban Montgomery and Bucks, voted for Hillary Clinton by 5 points in 2016, and backed Barack Obama in 2012.

26th District: Swarthmore Mayor Tim Kearney is running against Republican incumbent Tom McGarrigle in a D+6 District that Hillary Clinton won by 16 points in 2016. McGarrigle won the seat narrowly 52-48 in 2014.

44th District: Kinesiology professor Katie Muth is the Democratic nominee against well-funded 15-year incumbent Republican John Rafferty in a slightly Republican-leaning R+3 District that went narrowly for Hillary Clinton in 2016, and for Mitt Romney in 2012.