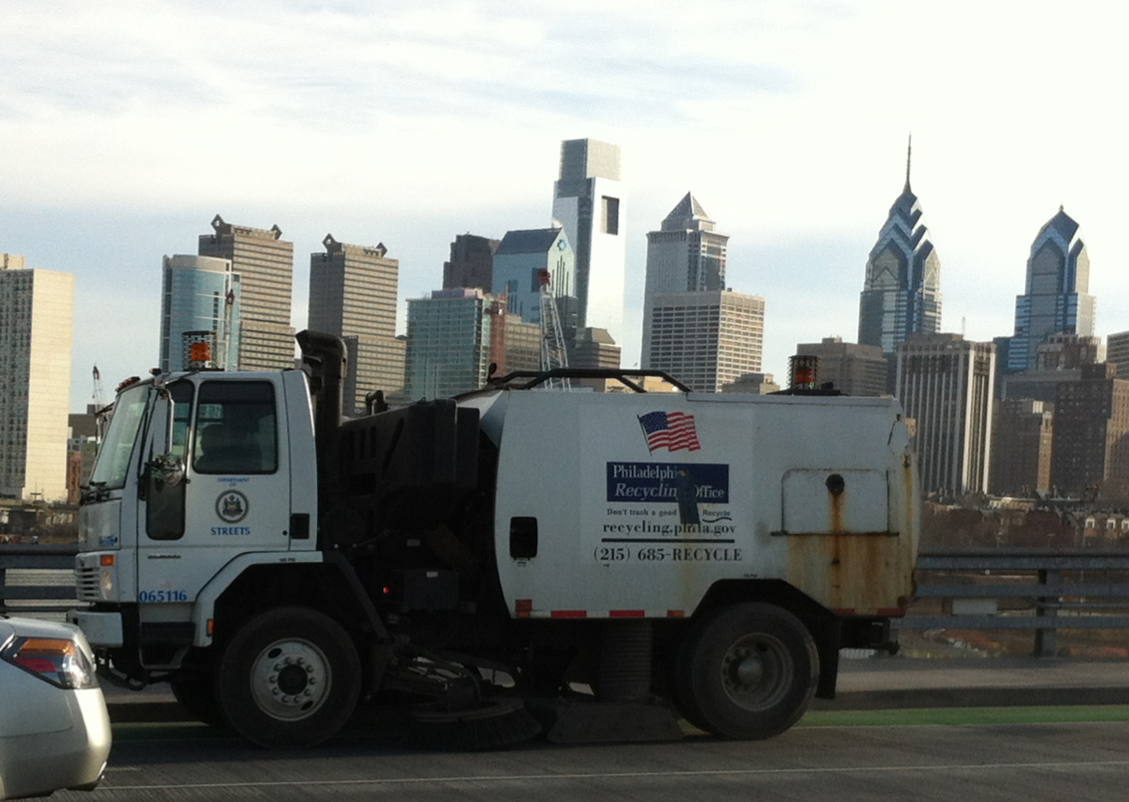 Welcome to 2018. The Eagles are Super Bowl champs, the Sixers are in the 2nd round of the NBA playoffs, Meek Mill is free. And even broke-ass Detroit has street sweeping.

As truly everyone is aware, Philadelphia—the only American city with a filth-based nickname—is the only major US city without regular, citywide street sweeping. Street sweeping is, but any conceivable measure, a rudimentary municipal service. It is a core government function. The lack of street sweeping is deeply insulting to this city’s residents. But just to add some injury to an already profound insult, as of this week, even the notoriously underfunded city of Detroit has street sweeping.

(nb. Detroit filed for bankruptcy less than five years ago.)

So what’s going on in Detroit? "Here's something you probably didn't expect," Mayor Mike Duggan offered, "This May, you're going to see street sweepers on the streets of Detroit."

In short, the midwestern city is reconstituting its pre-2010 street sweeping service, which was eliminated eight years ago due to budget cuts.

As street sweeping programs go, the setup in Detroit is pretty typical. Sweepers will be out from May through October, which seems reasonable, considering Michigan winters. The sweeps will run in ten-week cycles, with every residential street getting cleaned three times per year. Crews are expected to clean nearly 330 blocks, out of 2,000 total miles, each day. 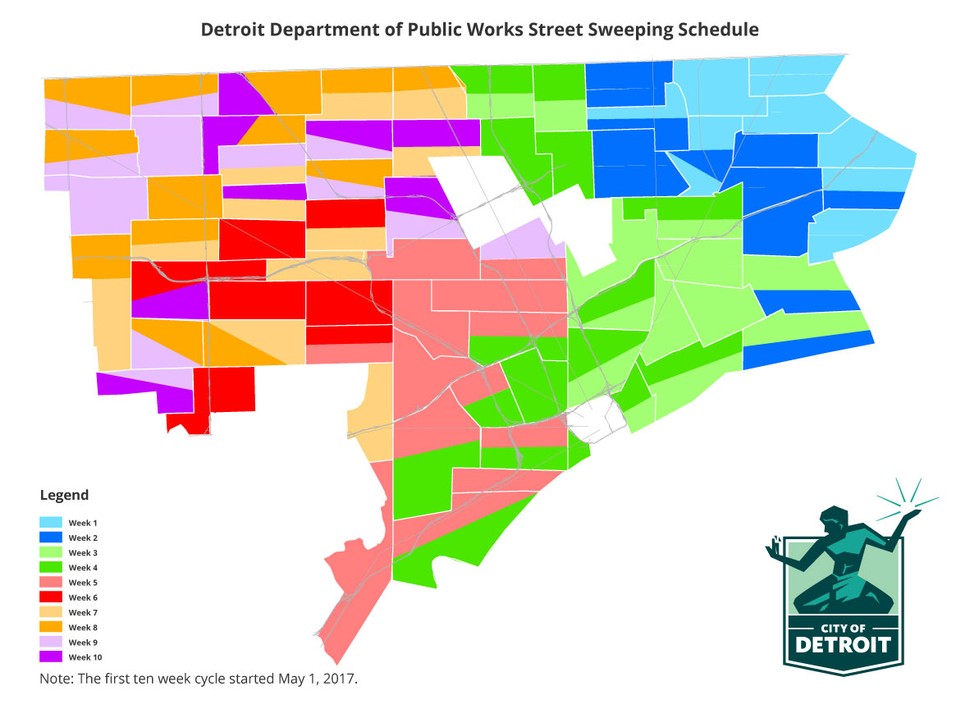 And, like every successful street sweeping program, the City is requiring that parked vehicles be moved so Department of Public Works crews can clean the roadways.

Notably, local electeds in Detroit see the value in delivering this basic service. “It says to city residents that city services are back, that we are doing the things they demand and deserve,” offers Scott Benson, a Councilman representing the city’s 3rd District.

Unfortunately, there is no reason to be optimistic about the City delivering a street cleaning program at any point in the near future. The Zero Waste team argues that the program’s exceedingly modest cost—$12 million upfront and $5 million annually—would come at the expense of addressing short dumping. There is absolutely no reason to believe that would be the case, and it ignores the fact that clean streets are both a municipal money-maker and money-saver.

(Reminder: Detroit was nearly $20 billion in debt as of 2013, and currently has a street cleaning program.) 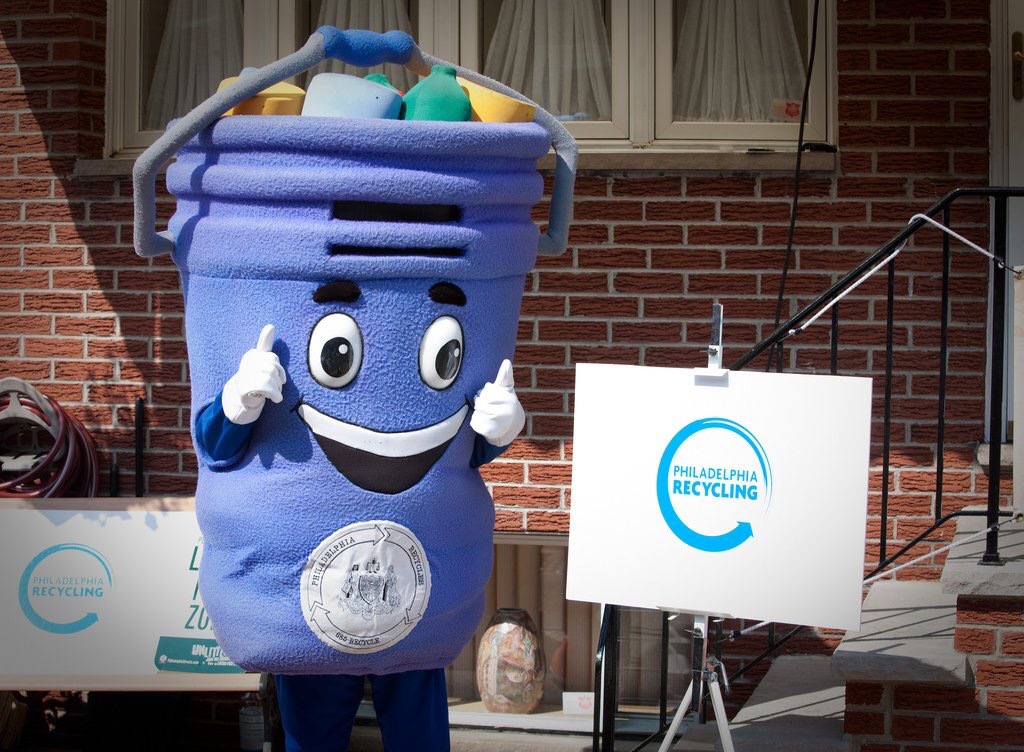 (Curby Bucket knows he needs a lid, and the city needs street cleaning)

At the administration level, the Mayor says we need “neighborhood buy-in,” which roughly translates to “unfettered access to street parking.” Unfortunately, that means street sweeping, which only three years ago was part of Mayor Kenney’s campaign platform, has been relegated to Ask Again Later status.

Over the years, the City has leaned into a number of cutesy, overly-engineered strategies—spoken word poetry, nostalgic missives, litter indices, spring clean-ups—to avoid regularly cleaning our dirty streets. All the while, everyone knows that the only way to keep streets clean is to clean them. Which is why every other major city does it.

Now, with Detroit cleaning away, the island of unswept top-50 US cities shrinks to Philadelphia, Memphis, and New Orleans. Here's hoping we don't make the final two.