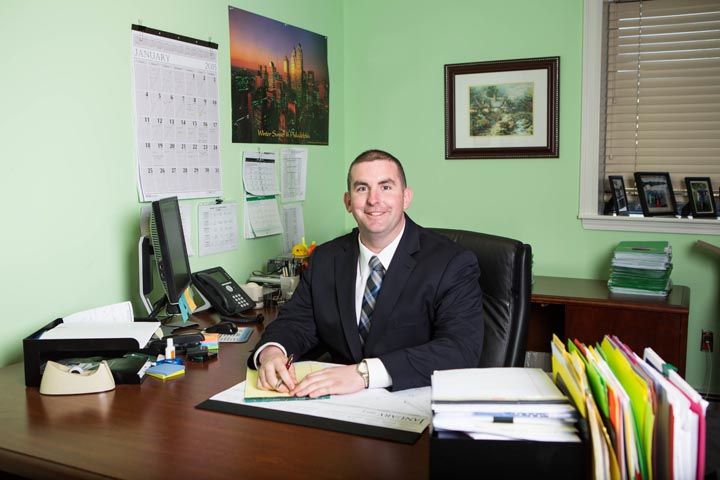 Two Inquirer articles out this week about the intra-labor rifts and the intra-Republican Party rifts that are shaping the battle lines for Philadelphia's fall general election together help to explain why Republican challenger Dan Tinney is the biggest beneficiary of all the excitement.

Juliana Reyes has a piece up looking at the At-Large race through the lens of the split between the building trades unions, and the service workers and health care workers unions, for the two At-Large seats that are effectively reserved for non-Democrats.

Last weekend, five service-worker unions, all of which are represented on the Working Families board, announced their endorsement of O’Rourke and Brooks: SEIU 32BJ, Unite Here, District 1199c, SEIU Healthcare PA, and the Pennsylvania Association of Staff Nurses and Allied Professionals. (Other unions and labor groups, including the Philadelphia Federation of Teachers and the AFL-CIO, said they have yet to go through their endorsement process for November.)

Notably, both groups of unions are supporting at least one newcomer, leaving incumbent Republican David Oh without any major outside support (although it's too early to say what PFT or AFL-CIO or the public sector unions will do.) The city Republican Party also seems unlikely to come to David Oh's rescue, as they left him off their sample ballots in the spring, and Oh proceeded to come in 5th place in the Republican primary.

Extrapolating from Oh's poor performance in the Republican primary to the fall general election, where voters will be predominately Democrats, isn't exactly an apples-to-apples comparison, but the other Inquirer piece by Sean Collins Walsh about some of the internal Republican Party political dynamics fills out the picture even more and helps explain why the Working Families Party slate is such a threat to David Oh in particular.

The Working Families Party slate's electoral math is a bit of a long-shot, but it seems likely they could get a lot more votes than prior third-party efforts even if they ultimately aren't successful. And the votes for the WFP candidates would partly be coming from some of the Democratic voters or Democratic-leaning independents who would normally cross over to support Oh.

"Further complicating matters for Republicans this year are well-organized third-party campaigns by progressives hoping to steal from the GOP the two seats that are effectively reserved for non-Democrats. While few Republicans believe the third-party campaigns will win one of their two at-large seats, [Republican committee person Dan] Pearson said their efforts may hurt Republican candidates, such as Oh, who depend on voters from outside the GOP base [...]

In the primary, Republican ward leaders left Oh off their sample ballot, the list of party-recommended candidates distributed on Election Day, but he squeaked in for the general election by finishing fifth in the seven-candidate field.

Oh’s policy priorities reflect his need to reach outside the GOP base and appeal to other groups, such as millennials. His proposed student debt tax credit, for instance, would offer a $1,500 break on the city wage tax for Philadelphians with more than $35,000 in student loans."

Another factor that could potentially hurt David Oh's support is increased scrutiny of party loyalty from Democratic City Committee this fall. DCC Chair Bob Brady doesn't approve of elected Democrats and ward leaders endorsing non-Democrats, since voters can only select five candidates for At-Large Council, and there are five Democrats on the slate. Endorsing a non-Democrat effectively means encouraging people not to cast a vote for at least one of the five Democrats, which the Party doesn't like even if all five are shoo-ins.

This could cut both ways for Oh, since some Democratic ward leaders have included Oh on their sample ballots in the past, but might avoid doing that this time with City Committee exercising more scrutiny. In reality, it does seem likely that the DCC bylaws requiring party loyalty to the Democratic ticket will be selectively enforced against people supporting the Working Families Party ticket, but the heightened attention to this could have a chilling effect on all non-Dem endorsements by official Party actors.

So Oh is getting squeezed from two sides—from the Republicans and building trades who are working to convince Republican voters to back Dan Tinney, plus either Al Taubenberger or Bill Heeney, and from the Working Families Party candidates who are expected to eat into some of the Democratic cross-over support he can normally count on—and barring a long-shot win from both of the WFP candidates, the big winner from all this really looks likely to be Dan Tinney.