Deeley: Get Your Mail Ballots In a Week Before Election Day 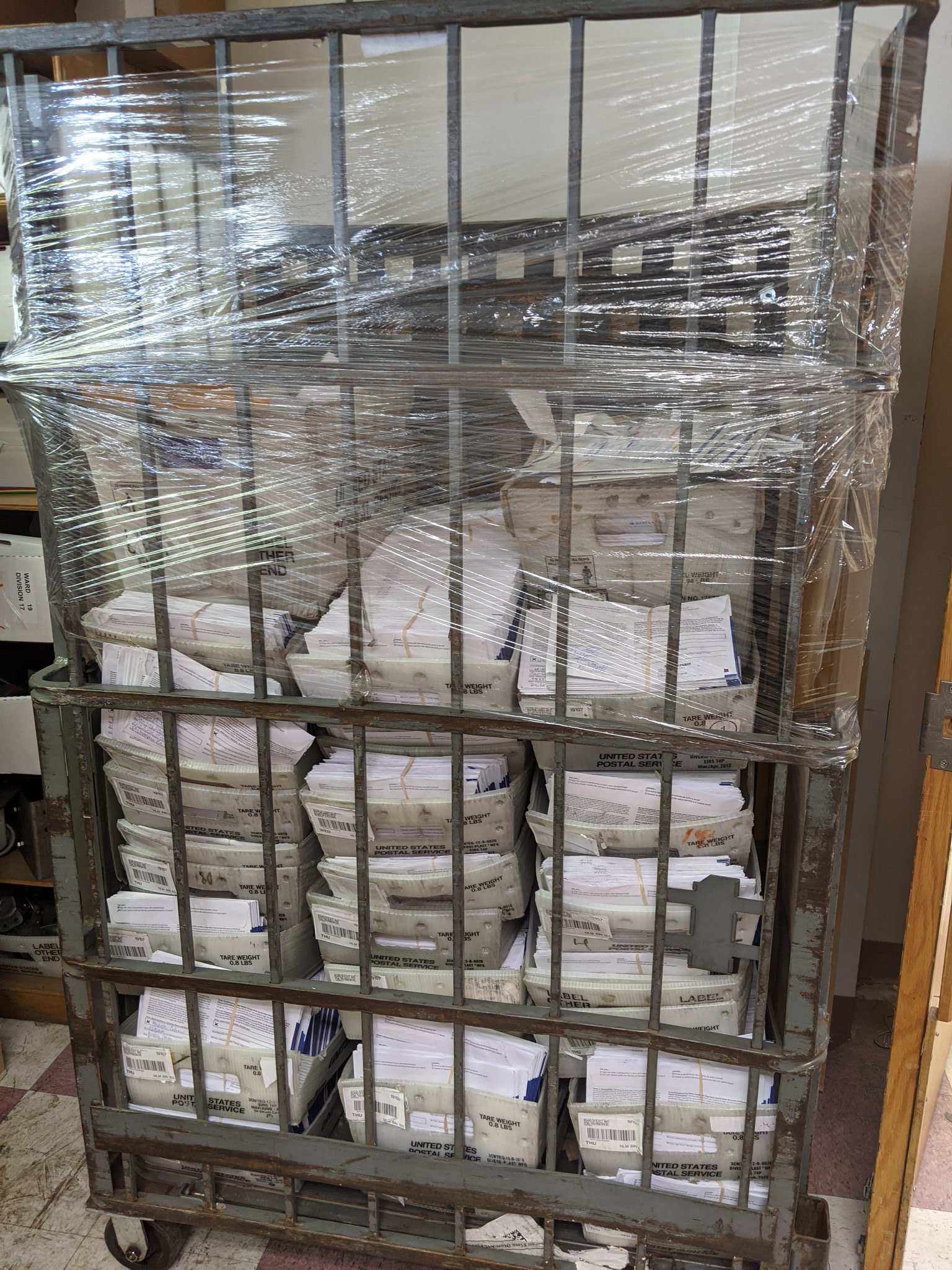 Pennsylvania’s expanded vote-by-mail policies were a lifeline during the primary in June. The roll-out wasn’t perfect though, in ways officials and election observers are still piecing together, and this week the Inquirer added to that body of analysis with the alarming finding that as many as 92,000 Pennsylvania absentee voters may have been effectively disenfranchised by mundane logistical issues like postal delays.

Many voters applied for mail-in ballots by the official deadline, but got them too late to mail them back with enough time for their vote to count in the election. What the Inquirer analysis finds is that the closer to the May 26th deadline people applied, the more likely it was that they “didn’t vote”—which could just mean their ballot wasn’t counted because of how late it was received. Reporter Jonathan Lai explains the trend:

Before May 12, almost 90% of voters who requested mail ballots ultimately voted, and the vast majority did so by mail. But many mail ballot applications, almost two out of five, were processed within three weeks of the election. And for those voters, only about 76% ended up voting.

That’s a significant difference: Without that drop-off, about 92,000 more Pennsylvanians would have voted in the primary, according to the Inquirer analysis [...]

To get a wider picture of voter behavior, The Inquirer combined a dataset of every approved mail ballot request for the June 2 primary election with the July 13 voter roll, which records the method by which a voter participated in the primary election. (Two counties, Northumberland and Susquehanna, were excluded from the analysis because they did not have data for the primary.) Of the more than 1.8 million voters in the analysis, 1.09 million had their applications processed before May 12 and almost 976,000 of them ended up voting. More than 713,000 voters had their mail ballot requests processed on or after May 12, and 545,000 of them ultimately voted. 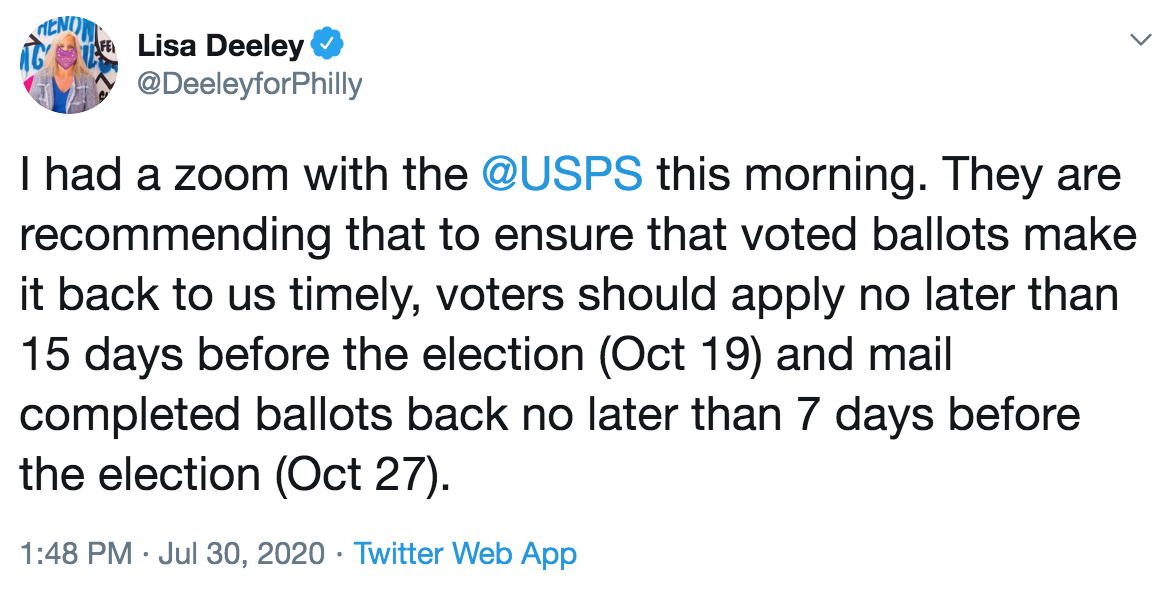 This is why it’s so important that everyone who is able to do so request a mail-in ballot right now, as soon as possible, so that the City Commissioners can process them while demand is low, and get people their mail ballots quickly. Pennsylvanians can begin voting in just 45 days thanks to Act 77.

The sooner that voters submit the applications, and the sooner they complete and return the ballots, the easier and faster it will be for the Commissioners to tabulate the votes on Election Day—especially if state-level legislative changes are made to allow election officials to begin processing, but not scanning, absentee ballots before Election Day. The processing part is what took the longest after primary election day, and once the ballots were processed, the scanning and vote counting went very quickly. There's a very short window in August for the state legislature to act, and any law would need to be passed by early September at the latest.

A few other story lines from this week help underscore how gravely serious the mail-voting issue is, and the consequences of failing to improve on the process for the general election.

A Trump campaign donor is now in charge of the U.S. Postal Service and has been making eyebrow-raising cost-cutting measures that are causing days-long mail back-ups across the country. It might sound a little too conspiratorial to say they’re carrying out intentional sabotage of state mail voting systems if the President wasn’t also out there this week aggressively hinting that’s what he’s trying to do.

In addition to calling for a delay of the election—an act that, thankfully, would require a vote by Congress—the President also tweeted that the Election night vote tally must wrap up on election night, clearly wishcasting the Pennsylvania nightmare scenario.

There hasn’t historically been a partisan skew to mail voting, but due to President Trump’s fraudulent attacks on the legitimacy and security of voting by mail, it’s become more polarized along party lines, with registered Democrats telling pollsters they’ll vote absentee at higher rates than registered Republicans this fall.

An example offered by Cook Political Report shows that, due to a asymmetric polarization of mail voting, an 8% rejection rate for absentee ballots could be enough to shift the result from a Biden win to a Trump win.

In the Philadelphia primary in June, the absentee ballot rejection rate was much lower at 3.8%, but we still don’t know what the statewide figure was.

Add in the specter of high-profile litigation looming over all this, and a picture starts to form of how thousands of well-meaning people abiding by the state’s official deadlines could nonetheless be disenfranchised in November if no further changes are made.