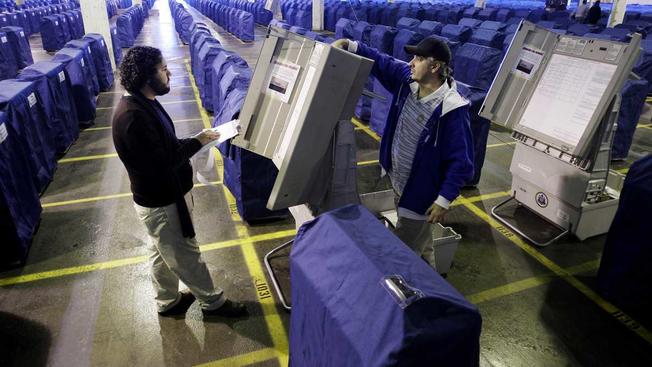 The long and winding saga of Pennsylvania's mandated voting machine upgrade is quickly drawing to a close as a final hurdle—a high-stakes game of chicken between the Wolf administration and Dauphin County Republicans—was finally resolved at the end of 2019 with County elected officials caving, and the voting machine purchase moving forward.

We had written about this previously, and the gist is that Dauphin County officials were balking at a state mandate to replace their voting machines from the Wolf administration, which had threatened not to certify election results from counties whose machines did not produce a paper trail.

Dauphin fell into that category, but officials maintained the machines worked fine, and initially refused to budge, setting up a stand-off with the Wolf administration that could have led to Dauphin County voters' votes not counting in a critical Presidential election, in the worst-case scenario. That would have been a disaster for the actual voters and their rights, and in partisan political terms, Hillary Clinton won Dauphin County in 2016, so it's likely this outcome would have damaged the Democratic ticket more than the Republican ticket in a must-win state for the Democratic Presidential nominee.

By a vote of 2-1, the commissioners Monday approved a resolution to purchase a new voting system, just one day before the state’s deadline to do so. This keeps Dauphin County in compliance with the requirements of the Gov. Tom Wolf Administration and a court settlement it signed in 2018 for all 67 counties to have election systems in place that provide a verifiable paper record of every voter’s choices by the April 28 primary [...]

Dauphin County was the only county in Pennsylvaniathat did not adhere to the new rules, noting in November they were comfortable with the county’s current machines, particularly after hearing about paper jams, vote-counting malfunctions, long lines and other problems in other counties that debuted new machines.

But commissioners earlier this month got word that the state’s top elections officials threatened a lawsuit and said the county would be unable to share in state aid that could help cover 60 percent of the purchase of the new machines.

Commissioners approved a resolution to purchase a voting system from Clear Ballot Group. Director of Elections and Voter Registration Jerry Feaser told them this system will use hand-marked ballots that are then fed by voters into a scanner. At the end of Election Night, thumb drives containing the scanned results are pulled from the scanners and brought back to the elections office to be counted, and the paper ballots are collected and stored separately for backup.

Even as this chapter closes, with all counties having purchased new machines up to the state standards, the story's not over yet, as we'll soon have many more examples of how the new machines actually perform in the April primary, when voter turnout is expected to vastly outpace what we saw in the municipal year practice run. It's a little scary to think about Dauphin County using the new machines for the very first time in a very high-turnout year—articularly with the paper ballot system that confused many Montgomery County voters and poll workers in the first round—so hopefully county officials will be taking all necessary precautions to train their poll workers and get the word out to residents about their new systems before Election Day in April.