Education is the Biggest Determinant of Mail-Voting in Philadelphia 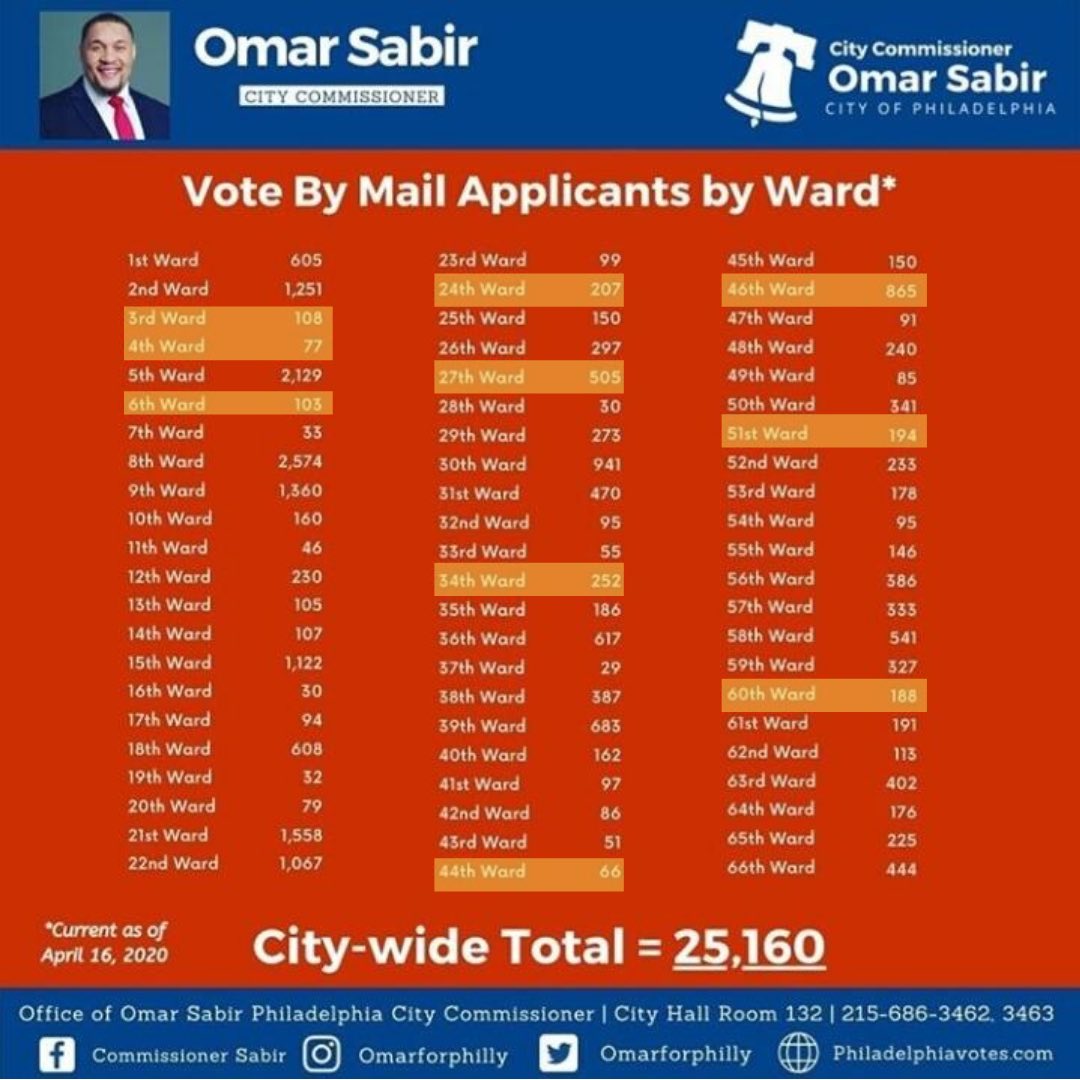 Political analysts are still poring over the Pennsylvania primary results, and particularly the absentee voting patterns and some of the observed differences in which demographic groups chose to vote by mail or not.

The narrative so far has been that in Philadelphia, whiter, higher-income precincts voted by mail at high rates, while primarily Black precincts had much lower rates of mail voting, while in some places partly or mostly making up for it with high-for-a-primary rates of in-person voting.

AFL-CIO Data Director Mike Johnson shared a new analysis on Twitter digging deeper into this, and what he found was that the biggest predictor was not race, but education level. Having a Bachelor's degree accounts for about 68% of the variation in vote-by-mail usage, and usage is even more tightly correlated with having a more advanced degree.

And while educational attainment does correlate with race and poverty to some extent, race or income levels alone don't offer much predictive value. 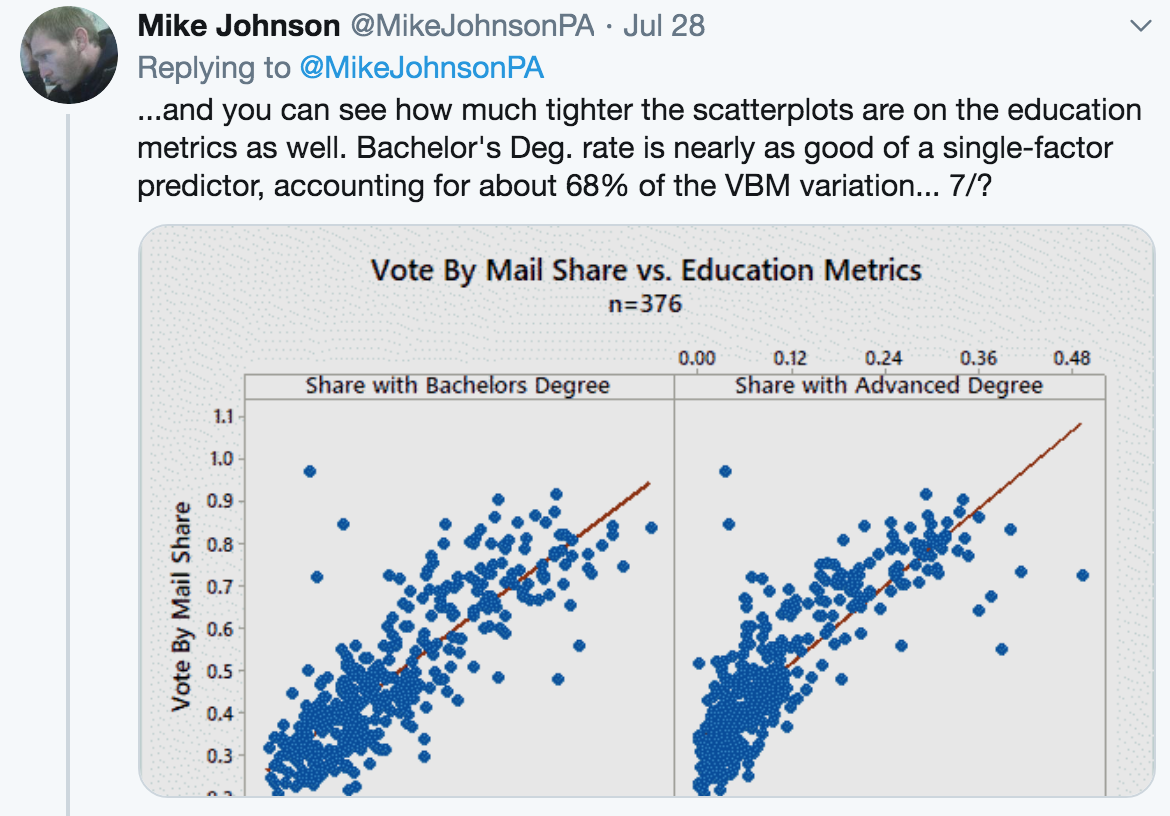 It’s a subtle but important insight for everybody trying to figure out where there is still the most discomfort with vote-by-mail, and what can be done to increase people’s trust and comfort levels with the process, which will remain the safest voting option come November.