Get Mad, Then Get Elected 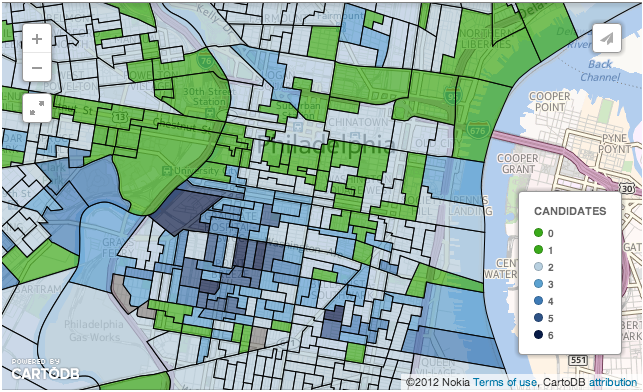 There's a lot of grief and anger here in Philadelphia in response to the outcome of Tuesday's election, with many of the city's voters (and not just Democrats) feeling like they've been stripped of their power and agency in national politics. That's a perfectly natural response to losing an election, and people should take the time they need to cope. But in the days ahead, we have to channel that frustration into building Philadelphia's political power back.

As America's longest-serving woman in Congress, Senator Barbara Mikulski, once said, "Don't get mad. Get elected." On Twitter, Andrew Stober suggested updating this to "Get Angry. Get Elected."

But however angry you want to get, the important thing is to get more involved in politics, not less.

In our overwhelmingly Democratic city, there's a power vacuum opening up in the party apparatus that's just waiting for people like you to fill it. Consider:

There are so many opportunities for people who are hungry for political change to step forward and do a better job representing Philly in Washington, in Harrisburg, and at City Hall than the people currently in power.

Philadelphia 3.0 exists to help you make the most of these opportunities, and we're especially interested in helping reform-minded citizens get into their first elected office, whatever that may be.

Whether you see yourself running for ward committee in your neighborhood, or a seat in the state legislature or City Council, we want to talk to you.

Sign up here, even if you're just curious, and we'll get in touch with next steps.