The Good Parts of SB421 Are Really Good 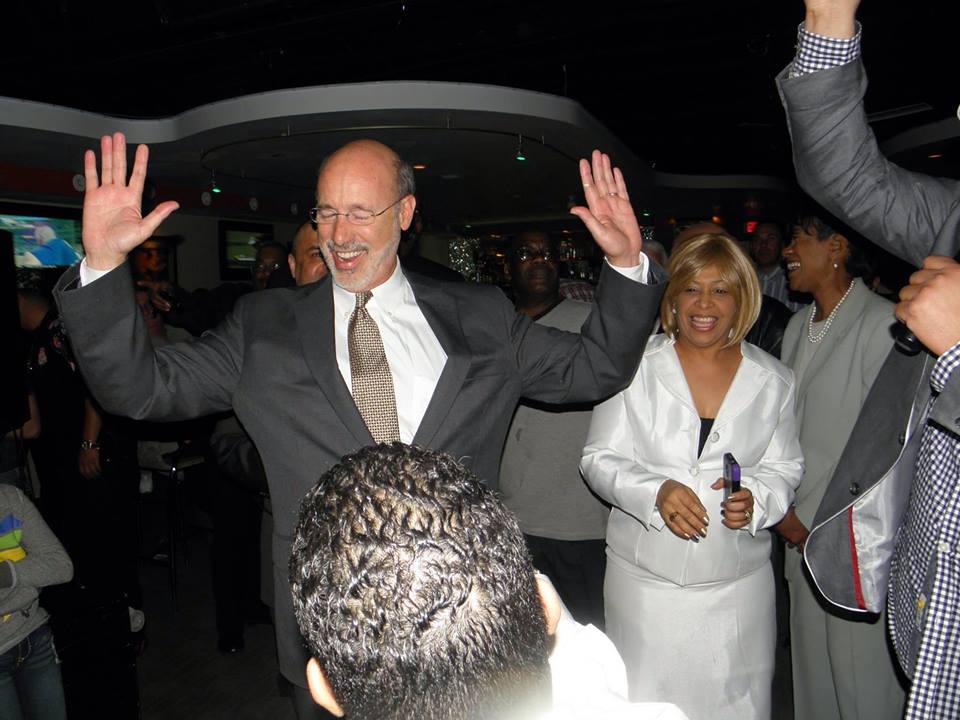 (Tom Wolf didn't give away the store—SB421 is mostly good)

SB421, the compromise election reform package supported by Governor Tom Wolf and legislative Republicans, is now law, and was signed by Governor Wolf Thursday afternoon. It's a genuinely historic moment for Pennsylvania, long a backwater when it comes to voting access, but bill supporters have had to do a bit of an awkward celebration dance, given how most media coverage of the bill was focused on House Democrats' opposition to the removal of the straight-ticket voting option. Given those dynamics, and some Democratic elected officials' determination to cast it as a big loss for their party even in the aftermath, it may not yet have dawned on generalist supporters of expanded voting access just how much they won in this bill, which was a lot.

First, as we outlined in our last post on this topic, we're specifically not arguing that the straight-ticket voting option is bad on the merits. At least when it comes to state and federal candidates running in general elections, knowing that a candidate is a Democrat or a Republican probably tells you about 90% of what you need to know about how that person would vote in office. The idea that straight-ticket voters are insufficiently informed about what they're voting for is wrong. And losing that option will undeniably have some drawbacks for Democrats, although exactly how much is unclear.

The bill also contains many other changes, some of them really big changes, that Democrats would have been absolutely thrilled to pass under any other circumstances, and the significance of those changes has been badly shortchanged by the outsized focus on straight-ticket.

Here's the summary of changes from Governor Wolf's statement:

• A new no-excuse vote-by-mail option that allows all voters to use this convenient option, removing barriers under current law;
• The longest vote-by-mail window in the country, a 50-day period before the election for all voters to request and submit a ballot by mail;
• 15 additional days to register to vote, cutting the current registration blackout period before the election in half and making Pennsylvania one of the most flexible, voter-friendly voter registration states;
• A new permanent mailing list for voters allowing voters to request to automatically receive an application by mail for a mail-in ballot or absentee ballot each year;
• Extended deadlines for voters to submit absentee or mail-in ballots up until 8:00 p.m. on the day of the election. The current deadline is the most restrictive absentee ballot deadline in the country at 5:00 p.m. on the Friday before the election, resulting in thousands of ballots being ineligible each election;
• Making the online application for absentee ballots put in place by Governor Wolf part of law.

Having the longest vote-by-mail window in the country also means that Pennsylvania will now have one of the earliest early-voting periods in the country, with voters having the ability to cast a mail-in ballot up to 50 days out from an election. If SB421 had been in effect for the May 21st primary, for instance, voters would have been able to start mailing in ballots as of April 2nd. The introduction of early voting, vote-by-mail, and a permanent mail-voter list of people who will always receive a ballot in the mail for every primary and general election could mean a major change for the better in how voters participate in Pennsylvania elections.

Taken together, these changes represent a big step away from the idea that voting should happen on a specific day, in a specific place, at a specific time. They also help create some momentum for further changes like eliminating the 15-day voter registration blackout period and moving toward same-day registration.

Additionally, we know that the biggest barrier to voting for communities of color is lack of voter registration. This reform package will allow tens of thousands more Pennsylvanians to be registered to vote than otherwise would have, including many for whom vote-by-mail will play a determinative role in their ability to participate in the electoral process.

This is important because much of the opposition to the elimination of straight-ticket voting is rooted in a concern that the reform will disenfranchise voters of color. The most compelling evidence on this front is provided by the North Carolina example. In 2014, following the elimination of the straight-ticket option, the state saw a decrease in down-ballot votes cast by voters of color. When we zoom out a bit, though, we can see that high use rates of straight-ticket voting is, in part, an outgrowth of maps drawn with the goal of decreasing down-ballot competitiveness, aka gerrymandering.

The high rate of straight-ticket voting in communities of color is, to a large extent, a function Republican legislators packing Democratic voters of color into select districts. Districts that are packed in this way have a very limited possibility for competitive down-ballot races, so Democratic voters have little incentive not to press the straight party button. Looking at North Carolina, the elimination of straight-ticket voting, without a contemporaneous move toward more competitive down-ballot races, resulted in an increase in the number of undervotes in communities of color. Importantly, North Carolina will continue to be instructive here. As the state moves toward fairer maps -- and more competitive down-ballot races -- in 2020, we will be able to see whether the elimination of straight-ticket voting matters in districts with competitive races further down the ticket.

One additional point to consider about the safe-seat Reps' opposition to SB421 is that the expansion of voting access isn't universally great for everybody, and safe-seat Democrats may have some self-preservation incentives they're considering. Even while more time to vote and a shift toward vote-by-mail may be good for the statewide electoral fortunes of the Democratic Party, it could also introduce more of an X factor into primary elections, and safe-seat incumbents don't like that.

It could mean more new voters and lower-propensity voters participating in primary elections, which are the main source of electoral competition for the safe-seat members. That's why some safe-seat Republicans were also grumbling about SB421. Vote-by-mail, early voting, and an extended voter registration deadline will reward more organized campaigns who can make effective use of the 50-day mail-in window to communicate with voters and bank lots of votes before Election Day.

The typical Democratic ward's Get Out the Vote operation,  as it currently exists, is not going to be super adept at influencing voters this early, since the reigning approach is built around influencing voters with sample ballots as they walk into the polling place. As more people opt to fill out their ballots at home, the further things move away from the physical polling place being the focal point of voter persuasion activity, and the more politicians who rely mostly on traditional ward support to win primaries will be left at a disadvantage. Seen in that light, it's not too surprising that many safe-seat Democrats seemed to find their reasons for being against the biggest expansion of voting access in Pennsylvania in 80 years.