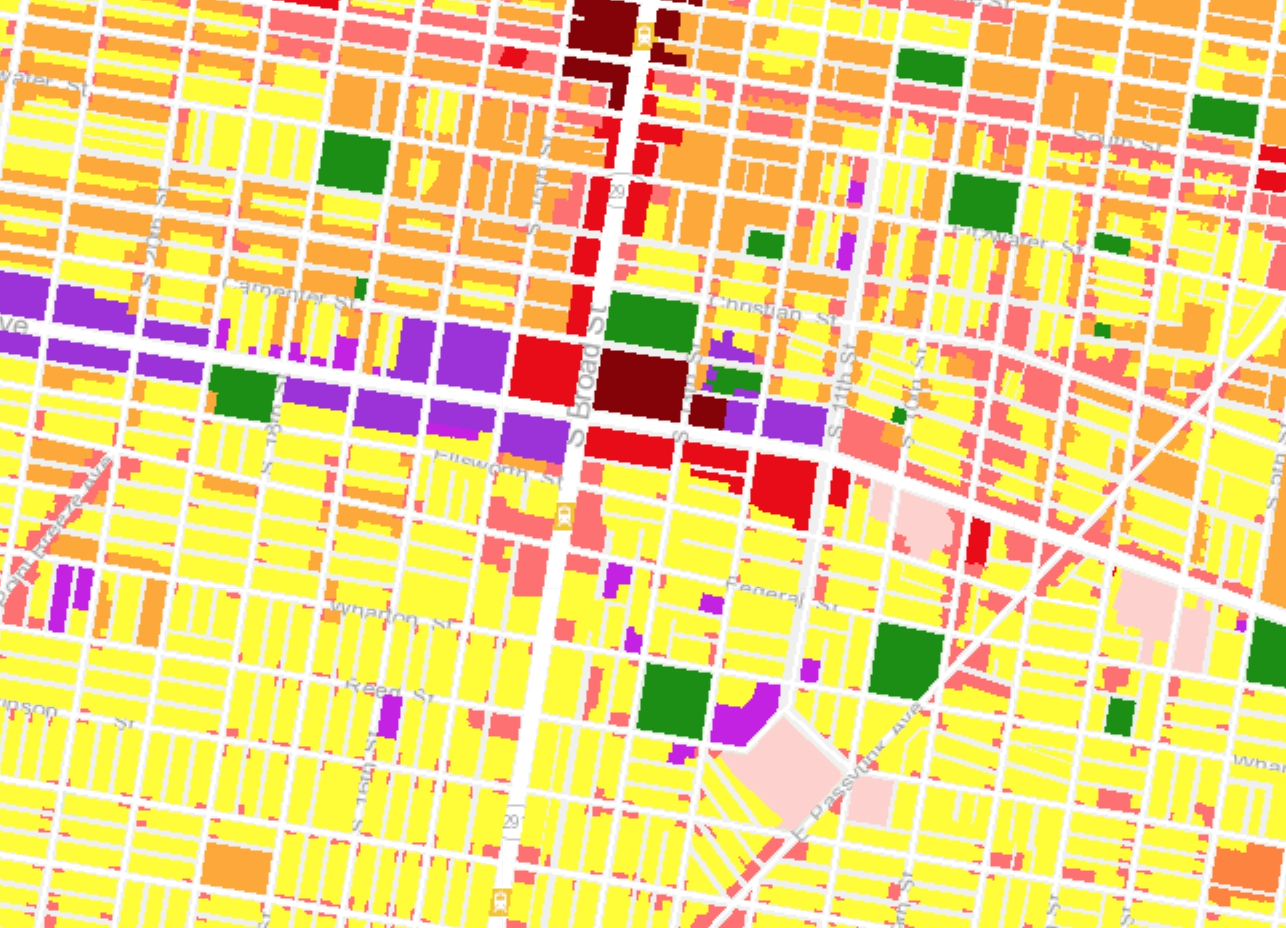 (Single-family zoning in South Philly, all along one of our two subway lines)

The Kenney administration debuted a draft version of their Housing Action Plan overview this week, and while the plan isn't yet complete, so far it's looking pretty underwhelming.

The headline target for homes created or saved is a nice, round 100,000 units over 10 years, and while PlanPhilly's coverage summarizes the strategy as "adding" 100,000 "new" units, the bulk of the agenda is really mostly about preserving and restoring existing homes and helping their current occupants stay in them, rather than significantly adding to the housing stock. 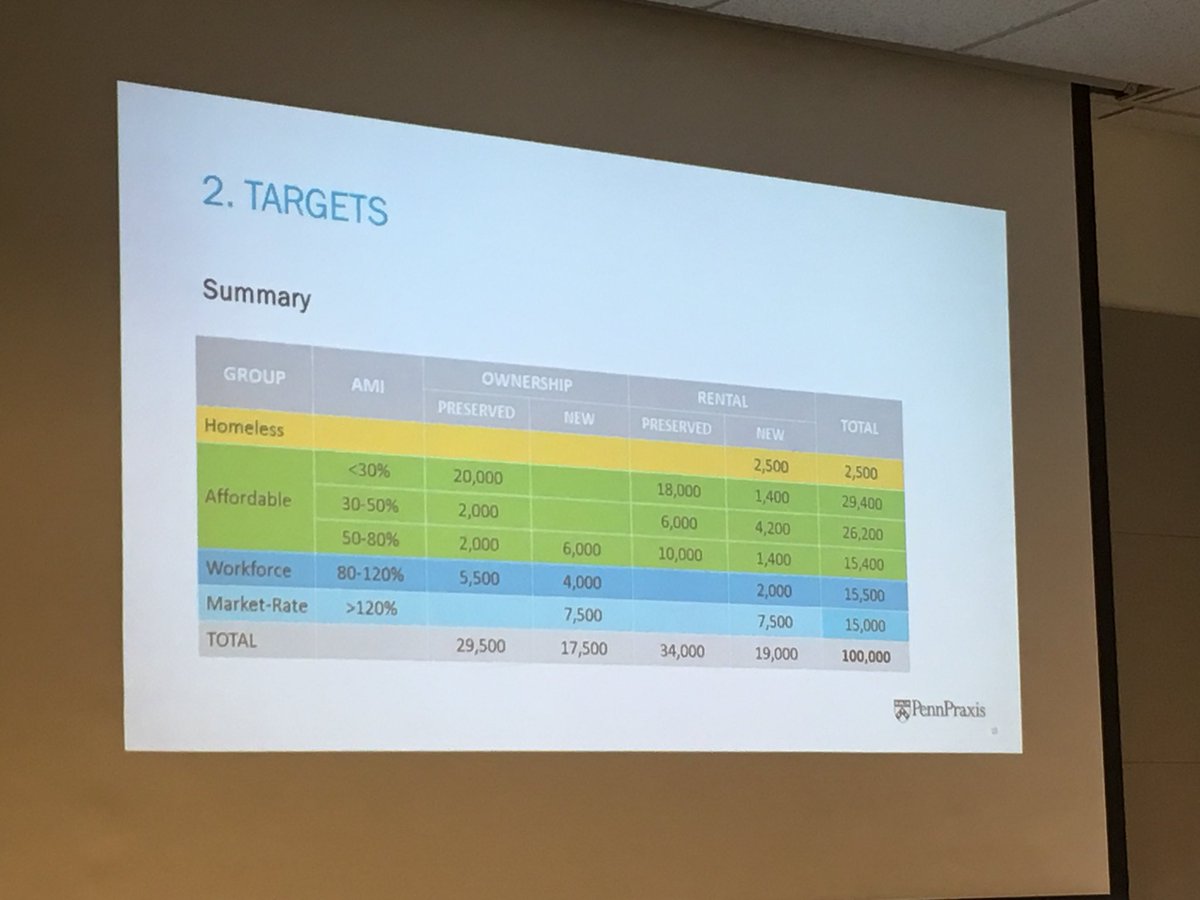 To be clear, it makes sense to focus on neighborhood stabilization first and foremost in a city where the biggest housing problem facing most neighborhoods by far is still depopulation and disinvestment. The trouble is that the overall housing production target of 100,000 is both totally insufficient compared to the number of cost-burdened households who need housing, and also difficult to achieve the way the Task Force wants to address the issue, given the City's resource constraints and how we spend the affordable housing money we do have. 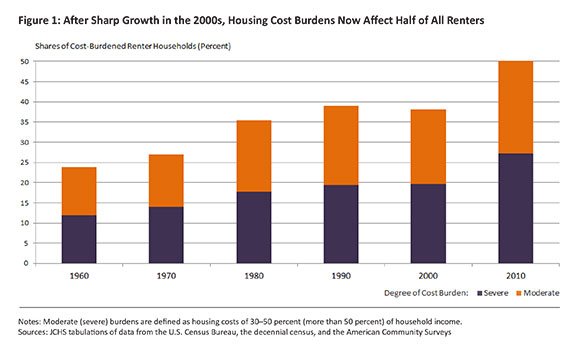 There's no giant pot of housing funding forthcoming from the Trump administration or from Republicans in Harrisburg, and in the absence of that, any strategy relying on new publicly-subsidized housing to fulfill any significant share of the city's housing needs is going to be doomed from the start.

Philadelphia is currently producing about 70% of the housing called for in the report, so the 100,000 unit target is not a huge jump, but the ideas for increasing total housing production so far amount to a lot of small-ball tinkering around the edges with no clear theory of how to make it happen.

For instance, the draft doesn't have any ambitious zoning reform goals or plans to induce more private housing investment in the places where housing markets are already strong, which is really the lowest hanging fruit. It costs the public negative dollars to rezone low-density areas of centrally-located strong-market neighborhoods to allow denser housing to be built.

It would be trivially easy to stoke a lot of new housing construction in neighborhoods close to Center City with good access to transit like Logan Square, South and North Broad Street, or neighborhoods around the Parkway by rezoning them for more mid-rise and high-rise buildings, and it would come at no cost to taxpayers. In fact, it would generate lots of tax revenue both in the short term and especially in the long term as the abatements expire—tax revenue that could be used to fund more below-market rate units.

The problem is that the Kenney administration is actually planning for decline instead of growth in market-rate housing construction, rather than setting a stretch goal for building more than we are now. The goals for market-rate housing production are set at a curiously low 1,500 units per year—far lower than what we've been building in almost every year of the post-Recession period.

The draft target (which isn't yet finalized) sets an overall goal of just 36,000 of new housing units over 10 years, or 3,600 a year. That's only 2.2 units of new housing built per 1,000 Philadelphians per year. But the market-rate target is even lower than that, at just 1,500 units per year, which we've greatly surpassed every single year since 2011—the third-worst year of the housing slump during the Great Recession! 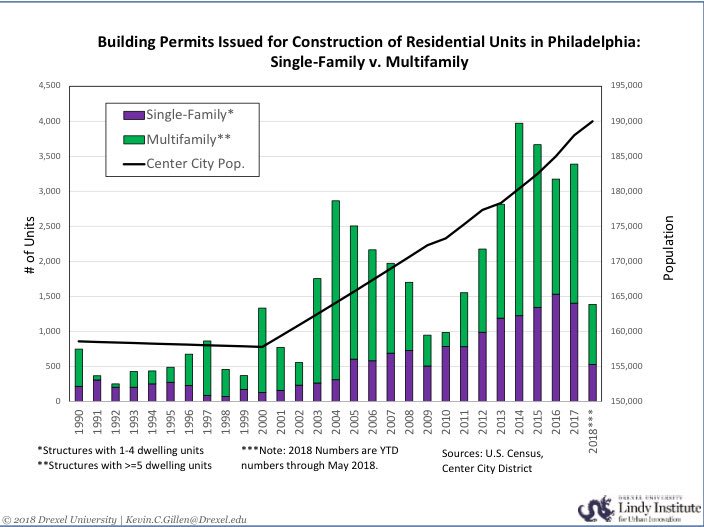 That very low target is going to have bad side effects as it feeds back into other policy choices the Planning Commission makes around things like the zoning remapping they suggest to Council, as there's going to be zero urgency to think about the affordability trade-offs with downzoning neighborhoods.

Just because we're hitting the 1,500 market-rate units a year target, though, won't mean things are getting better. Especially since, in reality, the market-rate part of the housing market is going to continue to be the biggest game in town by far for the foreseeable future.

One reason the Task Force lowered its ambitions for market-rate housing creation to Great Recession levels is that the consultants on the project seemed very bought into the "peak Millennial" theory that Philadelphia's population could soon begin to shrink as more Millennials decamp for the suburbs, and are replaced by a smaller generation coming up behind them. City Observatory has done some good work pushing back on this theory, noting that the "peak" in this case just means the population is more likely to plateau or grow at a slower rate, rather than shrink.

Even if we think plateauing growth is likely, or that we'll have a recession sometime in the next 10 years that will reduce housing output, building roughly as much housing as we have been in recent times would still land us in a bad place.

After all, it’s been a Seller’s Market ever since 2014 and all the units we've been building are getting absorbed. For-sale housing inventory is at an historic low, while land prices keep climbing. Data on rental vacancies is harder to come by, but the last figures reported in the media had the figure in a healthy 5-6% range after years at an extremely tight 2%. 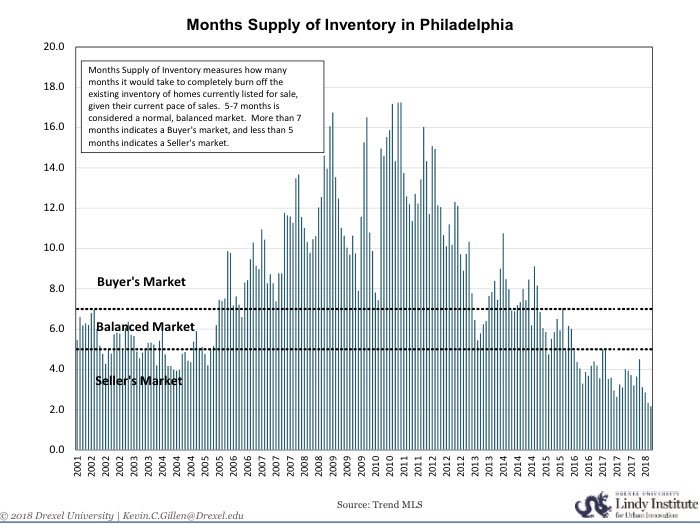 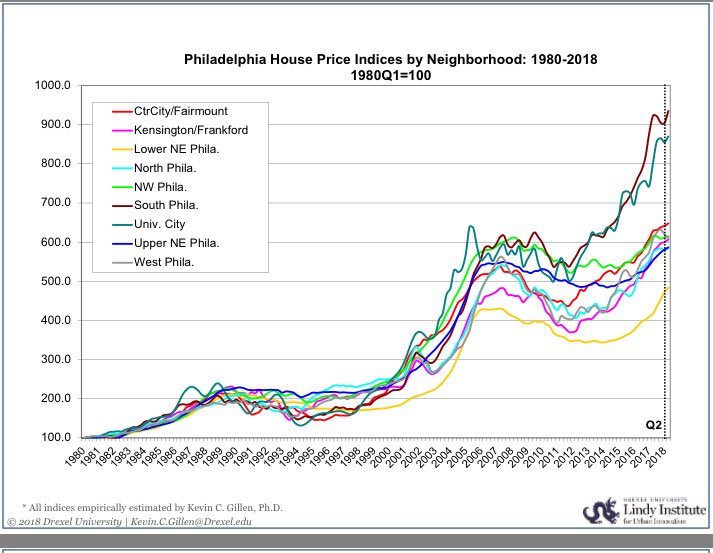 Maybe there's a slowdown ahead that isn't showing up in Lindy's quarterly reports, but for the time being, Philly isn't doing enough to stoke more housing investment, either for market-rate or below-market rate units. The Kenney administration, and even moreso City Council, have powerful tools in their zoning toolkit to make it happen, but first they have to want to use them. We aren't seeing that they do with this draft.