Jewell Williams is Right? It's Time to Move More Sheriff Powers to the Mayor's Office 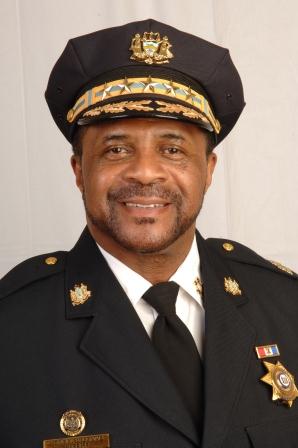 Outgoing Sheriff Jewell Williams has been caught before spending what's left of his term plotting to punish the enemies he believes contributed to his loss in the May primary, and Chris Brennan reports on a new Williams plan to undercut incoming Sheriff Rochelle Bilal by moving certain contracts and responsibilities from the Sheriff's office over to the Kenney administration.

The plan would have turned key functions over to the city administration, but Williams disavowed the effort Tuesday after The Inquirer raised questions about it, rescinding the proposal made by Chief Deputy Ben Hayllar and Undersheriff Joe Vignola [...]

The proposal would have deprived the next sheriff of a key source of political power, supervision of an account that collects millions of dollars each year from sales of foreclosed properties and the placement of advertising for those sales [...]

The pitch did not specify which department in the administration would have taken charge of the lucrative advertising for sheriff’s sales, including “the choice of advertisers, placements of the legally required ad, confirmation of their placements, and payment.” [...]

In addition, Hayllar and Vignola offered control of the Sheriff’s Office account that takes in and disperses $150 million to $190 million annually from sheriff’s sales, along with the authority to select the title company in those transactions.

They also asked the city to take over the office’s information technology functions, and to hire the sheriff’s chief technology officer and an employee who distributes money to debtors after sheriff’s sales proceeds are used to pay off mortgages, utility bills, overdue taxes, and other debts.

In the article, this all reads as vaguely scandalous because it's just so obvious why Williams is trying to do this stuff, and it's all for the wrong reasons. He's mad he lost the primary, and is either trying to weaken Rochelle Bilal politically because she beat him, or he's trying to shore up his influence and the influence of city Democratic Party insiders over the advertising spending, or a little of both.

But while it's still very confusing exactly what the upside is for Williams and his friends in placing more Sheriff functions under the Mayor's control, it's pretty easy to see what the benefits would be for the citizens of Philadelphia. And that's why it's such a shame that Williams is walking this back.

Philadelphia shouldn't have an independently-elected Sheriff in the first place. and it would make a lot of sense to break it up and redistribute the functions the Sheriff currently oversees to the relevant city agencies, like the Land Bank, the Department of Prisons, and Department of Revenue.

While it seems likely at this point that Rochelle Bilal will do a better job than Williams, or at least run a much more ethical office, but fundamentally, there's no good reason why we would want any of the functions the office currently oversees to be housed under a separately-elected office that most people don't know anything about.

There's especially nothing to be gained from splitting off the tax foreclosure process so it's unaccountable to the Mayor and all the relevant city departments that interact with it—the Revenue Department, the Land Bank, Public Property, L+I, and so on.

Williams should reverse-reverse course on this plan and proceed with transferring these functions over to the Mayor before his term is up, and also include the real estate office while he's at it. The sooner the city administration can bring the entirety of the property foreclosure pipeline in-house, the sooner we can start to get a handle on issues like foreclosure prevention, tax delinquency, blight, and speculation that are impacted by our broken Sheriff sale process.