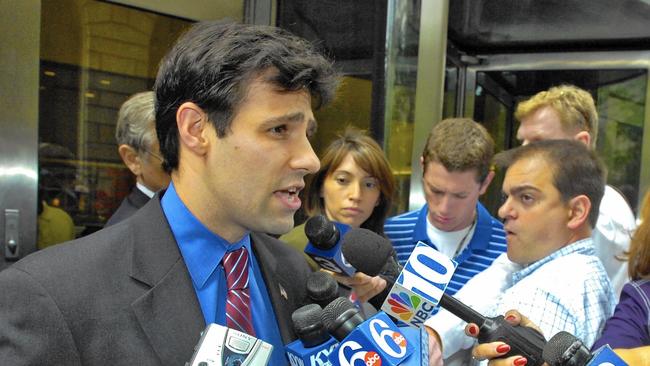 At Philadelphia Magazine, David Gambacorta has an important read on the state of play of civil asset forfeiture reform in Harrisburg, where a well-intentioned bill has been watered down to the point of near-meaninglessness.

Civil asset forfeiture is a wonky-sounding name for when prosecutors seize property from people who haven't been charged with a crime. "Forfeiture" is a bit of a misnomer, since the people doing the forfeiting don't actually have a choice to give up their stuff.

Journalist Isaiah Thomas, formerly of Philly City Paper, did some award-winning reporting on yebrow-raising uses of this practice in Philadelphia, showing that it was quite a cash cow for District Attorney Seth Williams's office. This issue has gone on to garner national attention from other investigative journalism outlets, has become an important policy focus for the civil libertarian litigators at Institute for Justice, and even got the John Oliver treatment.

For those interested in a more comprehensive look, IJ's "Policing for Profit" report is a great introduction to the issues. They gave Pennsylvania laws a grade of D-.

District Attorney Seth Williams has defended the practice in years past, saying he's seized millions of dollars in cash from drug dealers. But critics have pointed out that there's a lot of other personal property in the system as well, some of which was taken from innocent and sympathetic people.

The problems could be fixed at the state level, as Gambacorta explains, but they could also be fixed locally by a District Attorney who wanted to take a different approach. Luckily for voters, there's going to be a contested District Attorney primary next year where Philadelphians can make a choice about which direction we want to go in.

Williams wouldn't comment on Gambacorta's article, but his challenger Joe Khan did, and had this to say:

“There are ways to achieve goals that are probably laudable without having a scorched-earth approach that basically leaves a lot of people homeless and penniless, and in a much worse situation that they need to be,” he said. “As I see it, the District Attorney’s Office’s use of civil forfeiture suffers from some of the same problems we’ve seen elsewhere, which is the D.A. not understanding or grasping the difference between situations where you can do something versus situations where you should do something.”

We'll be interested to hear more specifics from Khan regarding the scenarios he thinks are appropriate, but are encouraged to see the D.A. primary shaping up to be a substantive contest between candidates who have real differences on issues that matter.