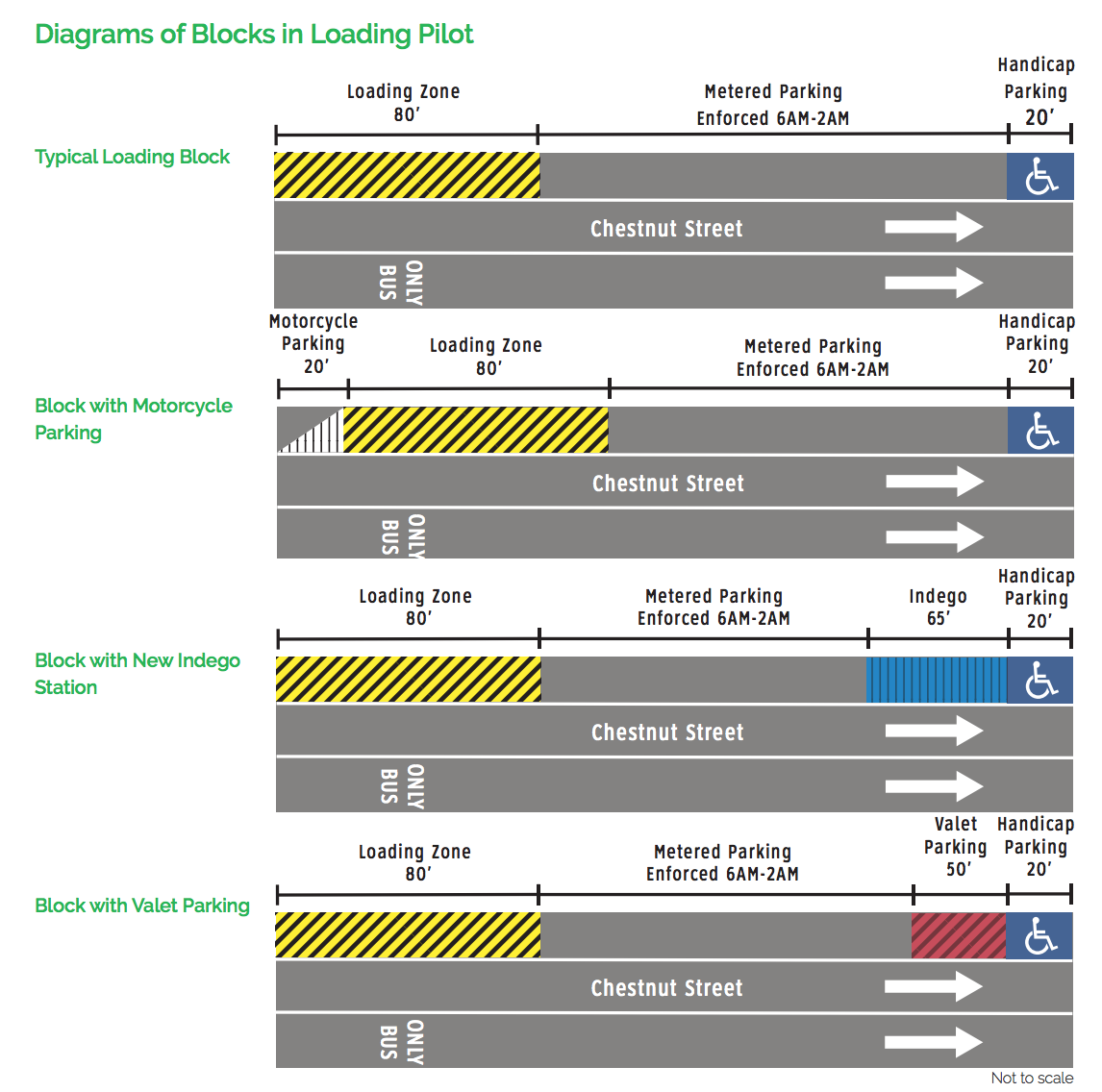 As Center City has become increasingly traffic-clogged, due to a combination of more driving, more e-commerce deliveries, and more roving ride-hailing drivers, the Kenney administration, Philadelphia Parking Authority, and other agencies have made congestion fighting more of a priority, and this week they announced a six-month pilot where they'll test out some appropriately aggressive steps for managing loading on Chestnut Street.

"In partnership with Delaware Valley Regional Planning Commission (DVRPC), SEPTA, and PPA, the City will alter parking and loading regulations on Chestnut Street from the 600 block to the 2000 block. The project includes:

Currently, parking rules for the majority of the north-side curb of Chestnut Street from 20th to 6th Streets allow loading from 6 a.m. to 10 a.m. However, when parking is permitted, the lack of loading zones causes loading to spill onto travel lanes. This leads to congestion and safety problems. During the pilot, trucks and marked commercial vehicles are no longer prohibited after 10 a.m., and may utilize the 20 minute loading all day long or pay to park in a metered area during the posted hours. By creating additional loading zones during the pilot period, the City hopes to reduce congestion and improve travel times."

This is of particular interest to SEPTA, who have seen buses slow to a crawl on their major downtown routes, reducing the benefit of taking the bus, and cutting into their ridership. One of the metrics the City will use to judge the success of the loading zones pilot is whether it improves bus travel times.

Another pilot by the same inter-agency team found that enforcing the rules for Bus Only lanes on Chestnut and Market improved bus travel times by 6.4% on Chestnut and 4% on Market. That may sound pretty small, but improving bus service is a game of inches, and finding small amounts of time savings here and there is the only way to make a difference. It seems plausible that getting more delivery trucks to pull all the way over into real parking spaces when loading and unloading—rather than double-parking in travel lanes—could keep traffic flowing better for everybody, however incrementally.

The growth of e-commerce has flooded downtown and many neighborhoods with delivery vehicles, and as the release notes, this has made the current loading restriction times unrealistic. And under the circumstances, it makes more sense to prioritize keeping travel lanes clear than prioritize street parking. The benefits of taking that side of the trade-off are most clear to people when it's a busy downtown commercial street like Chestnut or Market, but the same logic can be applied everywhere delivery trucks are double-parking, even though trading some street parking for loading zones is bound to be more contentious the further you get from the commercial core. If pilot proves there are some real decongestion benefits, that's a conversation we need to have.