The Downsides of Postponing Assessments for Yet Another Year 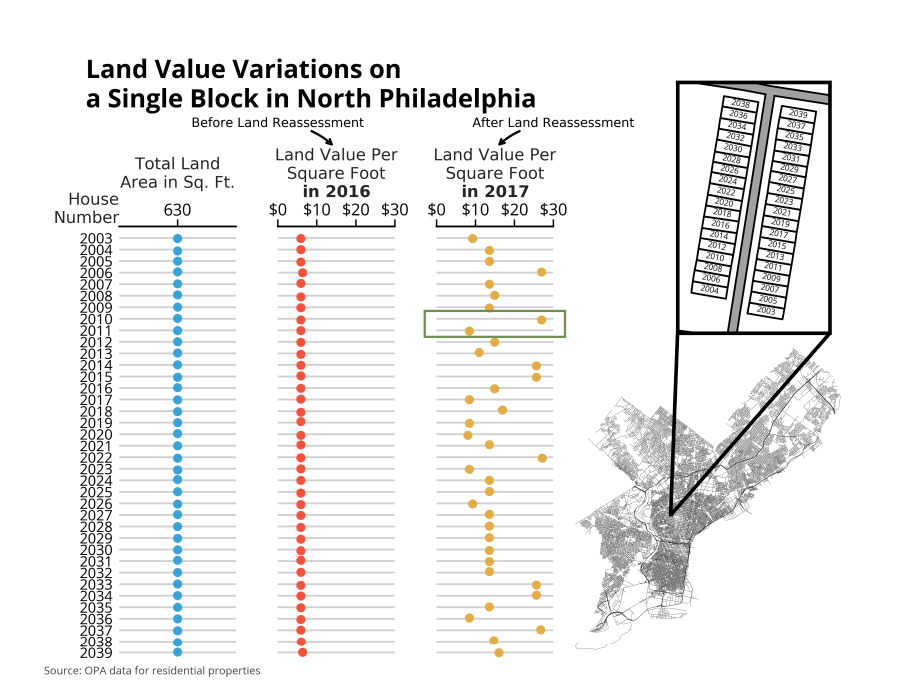 (Another missed opportunity to address known inequities | Image: Office of the Controller)

The Kenney administration announced this week that they will be postponing real estate reassessments for an additional year, after also postponing last year’s reassessments, citing the impending CAMA system rollout and COVID-related complications as compelling reasons to delay marking assessed values to market.

The administration is still searching for a new Chief Assessment Officer for the Office of Property Assessment after their lead assessor Michael Piper came under heavy scrutiny from City Council and members of the public following the last round of assessments. And the city is still saying their computer-assisted mass appraisal system (CAMA) is just around the corner, as they have been saying for years.

The few places where market values have been rapidly rising will welcome a temporary reprieve from accurate assessments, but this decision also has some big downsides.

First, it’s not the case that everybody’s assessments have gone up—there are some neighborhoods where property values have still been dipping, and this decision means that property owners in those areas will have been overpaying property tax bills multiple years in a row, with no anticipation of redress when the actual values are finally recorded. Controller Rebecca Rhynhart released an analysis of the fairness and accuracy of property assessments in January 2019 and found that lower-income areas of Philadelphia were more likely to be over-assessed as a result of policy choices at OPA. 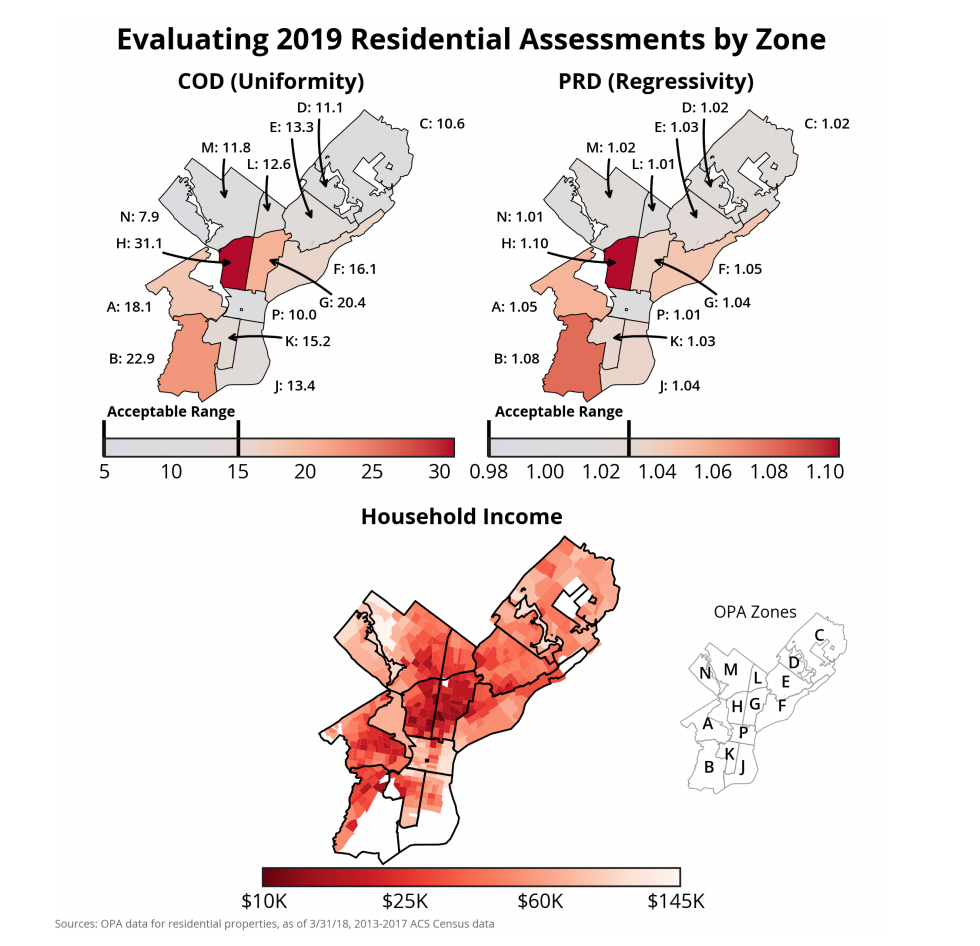 Secondly, the Kenney administration is only creating a political headache for themselves next year, when people will see the last 3 years of value appreciation show up all at once in their tax bills after the next assessment. This has caused a lot of confusion and acrimony whenever OPA’s taken a few years off at a time, and the politics can get ugly.

There’s a lot to unpack with reassessment politics, but a big part of the issue is that nobody likes seeing their taxes go up, and some of the complaints you hear about inaccurate assessments are really complaints about accurate assessments. If residential price growth stays on its current trajectory, people who are upset about property taxes going up every year in appreciating neighborhoods aren’t going to be happier under a more brutally accurate CAMA assessment system either.

It’s true that OPA’s accuracy has declined over the last couple rounds, according to the Controller’s analysis, and this has to do with the amount of deviation from the accepted accuracy range that’s considered standard among assessors, and also how OPA chooses to assess vacant land, tax-abated properties, and land underneath underutilized properties like auto-body shops and strip malls in appreciating areas, which has contributed to a lot of the weird same-block variation in land values that many people have observed over the years. According to some unofficial analyses, the amount of potential revenue forfeited as a result of these policies since 2013 totals in the high hundreds of millions, so this isn’t just an academic concern.

Unfortunately, City Council’s involvement in this situation recently has mostly involved calling for policy changes that would make the assessments even less accurate, and increase the difficulty of marking property values to market. That's too bad, since they’ve also played an important and productive role on this issue in the recent past that they should try and reprise. In advance of the Actual Value Initiative in 2013, which finally got Philadelphia onto a regular reassessment schedule after some earlier litigation, Council passed a raft of programs to protect long-time homeowners, low-income homeowners, and seniors from big jumps in their property bills.

A new paper from researchers at the Philadelphia Fed and Stanford University from April 2020 found those programs were wildly successful, and found “no sign of a large-scale departure of elderly or long-term homeowners in gentrifying neighborhoods within five years after adoption of the new policy.” Under the circumstances, it would be much better for Council to spend their time looking for ways to close any remaining gaps in this system rather than moving away from the AVI concept of regularly marking assessments to current market values.

Issues like tangled titles for inherited properties, and incomplete participation stemming from the requirement that people apply for these programs instead of being automatically enrolled, could be fixed to make the practical effects of our property tax system much less regressive, while continuing to collect on real market values from people who can better afford to pay.

Stay up to date with this issue by signing up for our weekly newsletter, featuring news, analysis, and opportunities for action in Philadelphia and Pennsylvania.