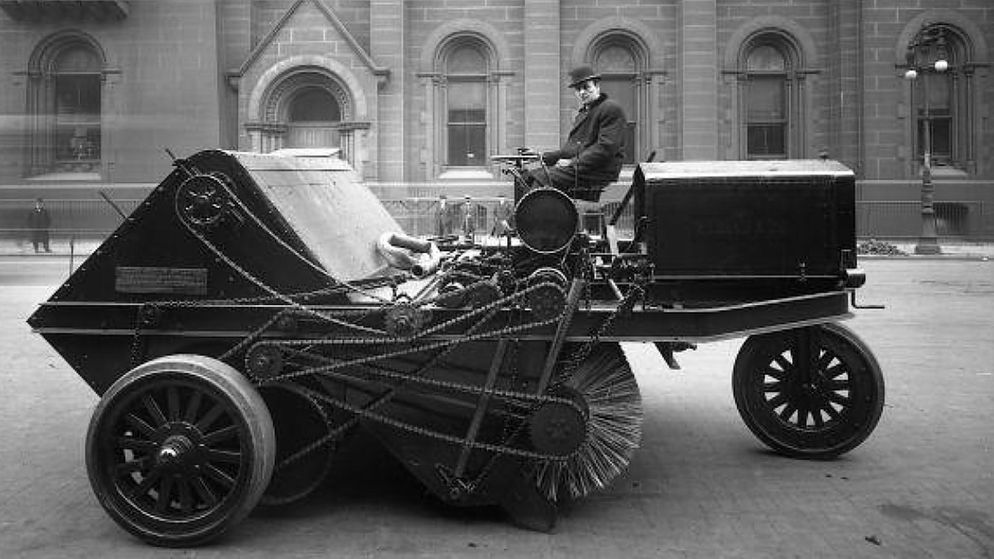 As Kenney explains to Radio Times listeners, while he's generally unsympathetic to the notion, popular in some quarters, that storing a large personal item for free on the public streets all year round should come with zero public responsibilities, he's also just going to keep stalling indefinitely because he thinks restarting the program it would cost him votes.

“We are looking at reinstituting some form of street cleaning,” said Kenney. But he explained that city politicians are apprehensive about the idea because of former Councilman Frank DiCicco’s brush with electoral death over asking people to move their cars to make room for the sweepers. DiCicco represented much of South Philly east of Broad Street between 1996 and 2012.

“He put all the signs up, move your car one day a week,” recalled Kenney. “But he was concerned with his re-election because people were so angry about having to move their cars when the streets were being swept … Think about how insane that was. So everyone was gun-shy after that.”

Kenney mentioned that Manhattan residents have to move their cars twice a week for street cleaning, and they don’t seem bothered by it.

“We are trying to figure out how to do it on a regular basis without having a revolt of people who don’t want to move their cars,” said Kenney. “I don’t want to just do it in neighborhoods that want to accept it. I would like to have a comprehensive program of doing it. I’m sorry we haven’t done it yet.  But we are working on it.”

Just to be clear about what form the "revolt" would have to take to stop the program, it would mean the largely unorganized Philthadelphia coalition of random people upset about moving their cars somehow banding together to organize electorally and successfully support Alan Butkovitz or Tony Williams to beat Kenney in next year's primary.

Anything short of that, Mayor Kenney would have the option to simply ride out the opposition. Just the mere fact of some people being upset about something does not require the Mayor to act. If Kenney restarted the street sweeping program, and some people got mad about it, there's nothing forcing Kenney to roll it back or anything. That would be on him.

And there's not really much City Council could do to cancel the program during budget season either. Council has the power to increase or decrease the total Streets Department budget, but they don't have line item veto power over individual programs. There too, Kenney could simply stand pat in the face of opposition if he wanted to, and dare members to cut Streets funding to cancel the program.

Where Council does have power is over the ability to make parking rules. Any time a block goes to permit parking, that requires a Council ordinance. It's less clear how the Mayor could force the issue here other than using the bully pulpit to call out the members holding back progress. In all likelihood, it's probably the South Philly members, Mark Squilla and Kenyatta Johnson, who'd be most reticent about making residents move their vehicles for the sweepers. Maybe they're even backchanneling to the Mayor that he shouldn't do this.

But by refusing to name names about who's really holding things up, Mayor Kenney's providing unnecessary political cover for the people holding up a priority that he promised to do during the 2015 campaign.

We know what it looks like when Mayor Kenney really wants to get something done. Remember that time his staff sent activists to publicly confront Councilwoman Maria Quinones-Sanchez at an event during the soda tax debate? That's what we'd see him doing on the street sweeping issue with recalcitrant Councilmembers if he really wanted to get this done. Kenney is all but telling us he wants to keep his promise, but is being held back by vague unnamed political forces.

Mayor Kenney, tell the public who the Philthadelphia Caucus is on City Council, and let them absorb all the political fallout.

At any rate, it's clear that street sweeping advocates need to turn up the heat in 2019 and raise the cost of inaction for politicians standing for reelection. You can help keep this issue on full boil by signing and sharing our street sweeping petition and helping build a bigger base of people who care about this issue.