Further down the list were John O'Neill (11), Teresa Carr Deni (9), and Tariq El-Shabazz with 8 votes.

To be very clear up front, this is is not a scientific poll. It was conducted entirely online using the 'ranked choice' voting tool OpaVote, and it received a total of 439 votes over the last month. We promoted it for the past month to our email subscribers, and also ran ads on Facebook to promote it outside of our usual base of support. The selection bias issues are huge, the demographics of people who take online polls are different from the Philly electorate who will be voting on May 16th, yada, yada, yada.

That said, the results have value for taking the temperature of high-information voters who are paying closer attention to the District Attorney primary than most, and who have greater influence in low-turnout primaries. Among this group, it's not too surprising to see Krasner rising to the top.

That Krasner was able to secure an outright majority (53%) of first-choice votes in the first round makes the 'ranked choice' voting element of this poll a bit more boring than what might have been, but it's still pretty interesting to see who this group's second and third choices were.

The way ranked choice voting works is that the candidate with the fewest first-choice votes (Tariq El-Shabazz in this case) was eliminated in the first round. But those voters' votes weren't wasted--they were redistributed to their second-choice candidates. Three of El-Shabazz's votes were redistributed to Rich Negrin, 2 to Larry Krasner, 1 to Joe Khan, 1 to Michael Untermeyer, and 1 to Teresa Carr Deni. (See the table below for the full results.)

That process played out over six rounds in total. Teresa Carr Deni was eliminated next, followed by John O'Neill, Rich Negrin, and finally, Michael Untermeyer.

In the end, when all the votes from those five people were reallocated to the final two remaining candidates, Larry Krasner had 285 votes (64%) and Joe Khan had 154 (35%.)

What does it all mean? Well, first it means that Larry Krasner has a lot of support. He won a majority of the votes, and then added a large portion of the second- and third-choice votes to his total in the five run-offs. The results also suggest that those who aren't supporting Krasner's campaign for whatever reason might want to consider throwing their support behind Joe Khan--the recipient of the most second- and third-choice votes from people who aren't supporting Krasner. He's the candidate who most of the people supporting other candidates besides Larry Krasner would be fine with as DA.

For your perusal, here are the results of the six run-offs, and charts visualizing where the first-choice votes of eliminated candidates went after each round. The yellow bar is votes carried over from the previous round, green is votes received in the current round, and red shows votes transferred away in the current round. 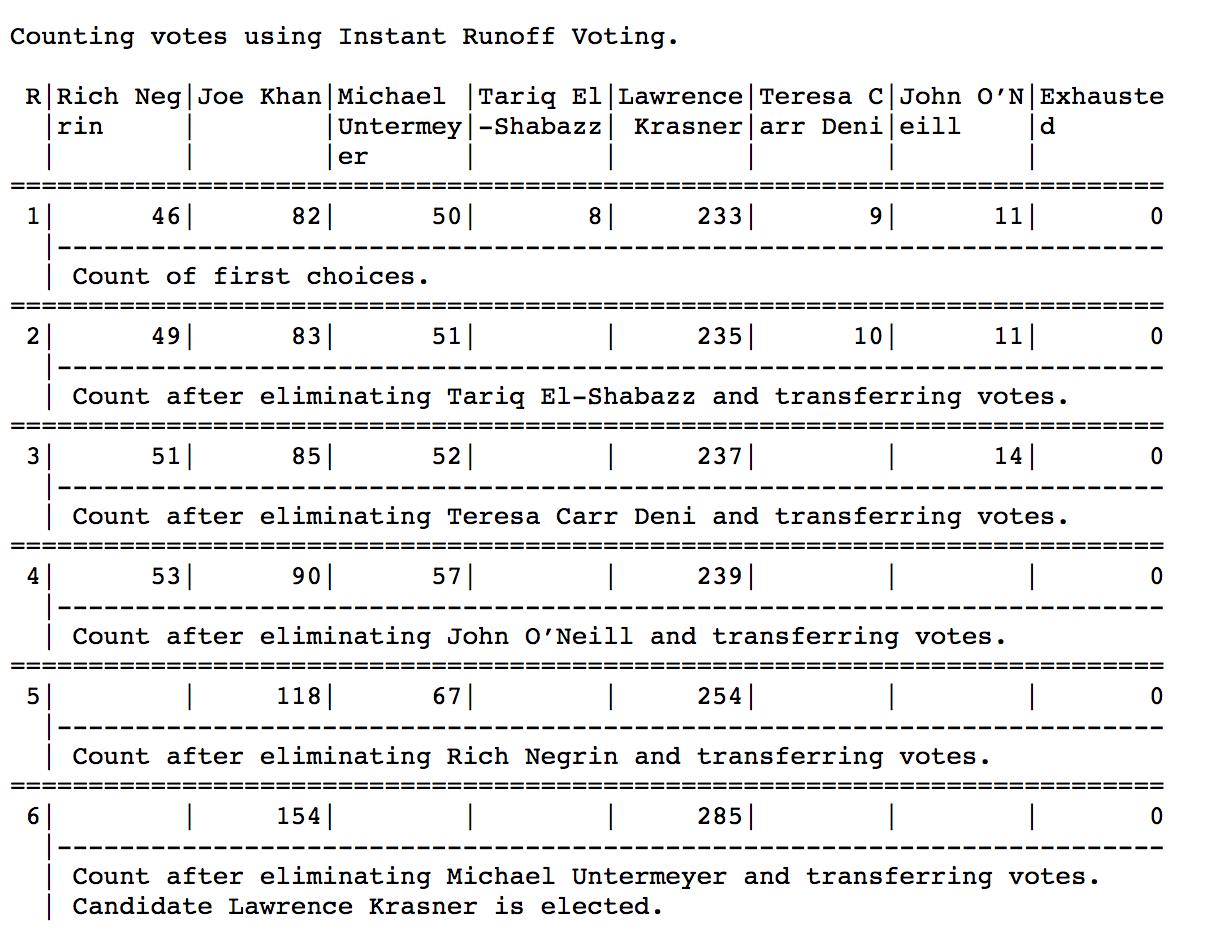 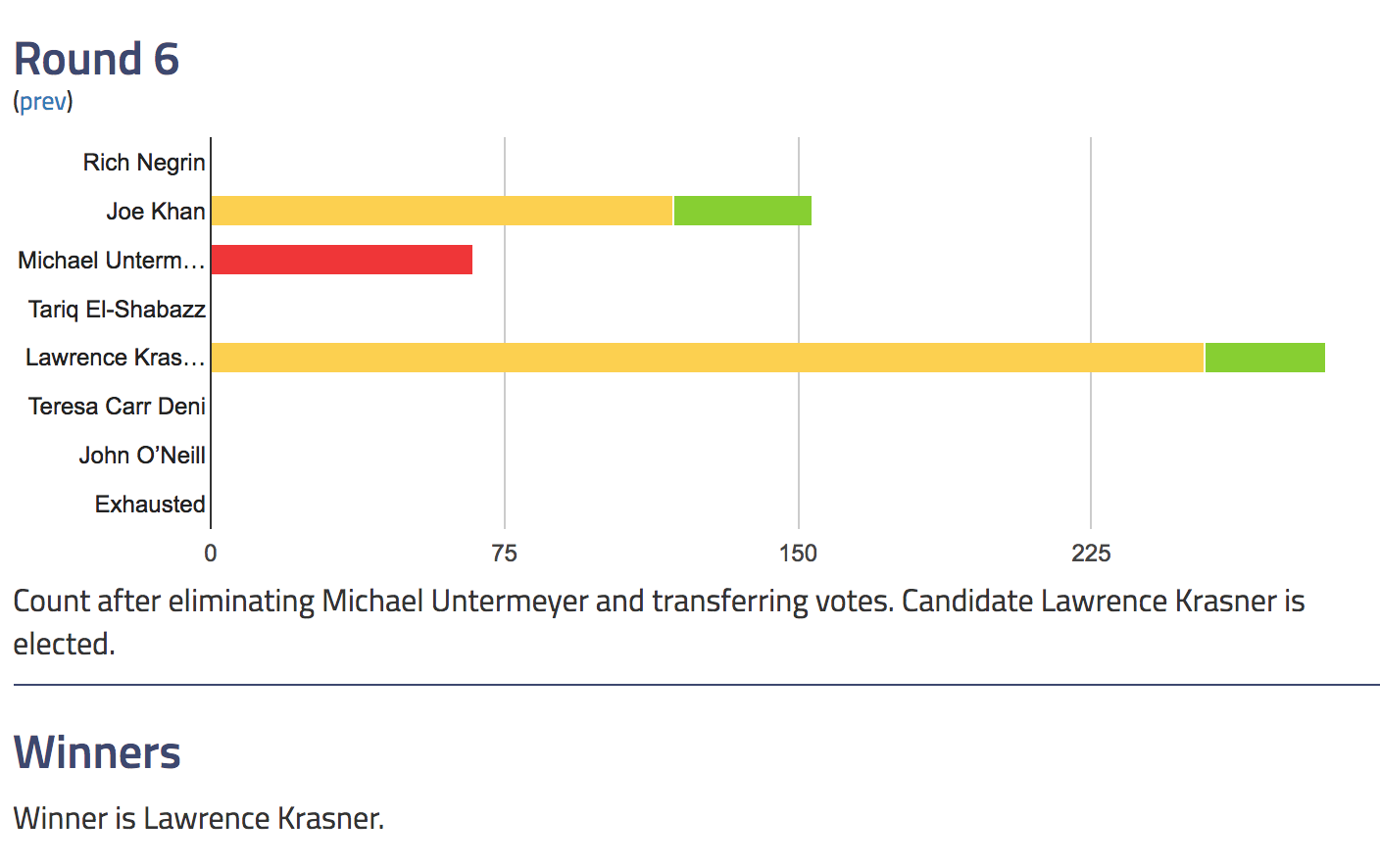