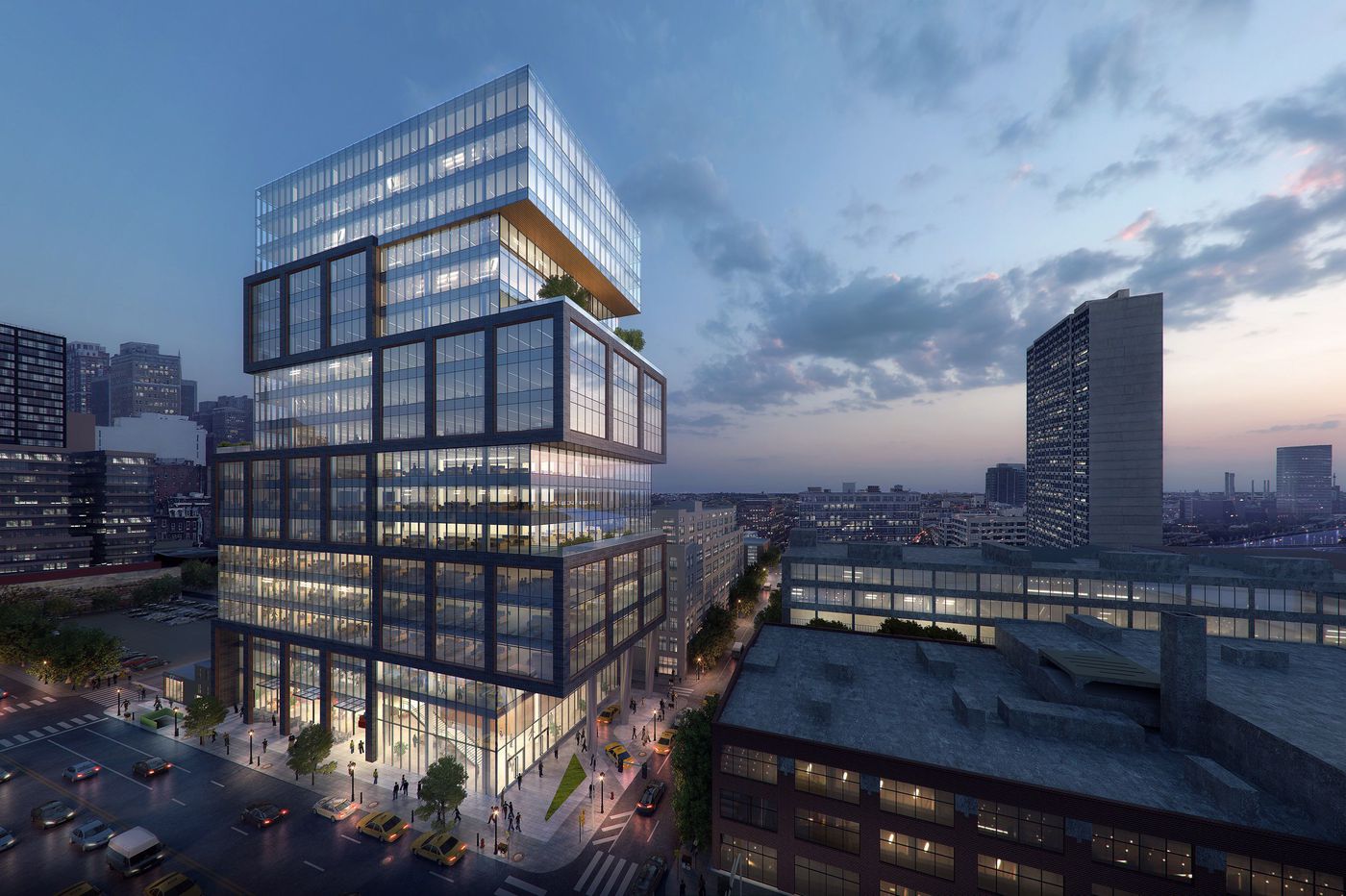 Philadelphia will see its first non-Comcast office tower in a generation, Jacob Adelman reports, as Morgan Lewis officially signed the lease for the new headquarters they're building at 2222 Market.

The project will be Center City’s first non-Comcast Corp.-related commercial office building in more than 20 years, as developers struggle to build in a city where rents make it hard to justify the cost of new construction [...]

Office buildings have continued to rise in University City and the Navy Yard, largely aided by Keystone Opportunity Zone tax benefits that help subsidize development at specific sites, but development has been more sluggish in Center City itself.

Citywide, only two office properties are under construction, both of them single-tenant buildings at the Navy Yard, according to a survey published last week by a team at real estate services firm JLL, led by its Philadelphia research director Lauren Gilchrist.

It's important to note that the lack of new office construction is in part the result of something really positive: Philadelphia office rents are affordable! This is a comparative advantage we have over some more expensive cities. Since the asking rents here are much lower, and are considered too low to induce much new construction, it's been more common to see existing office buildings being renovated than new office buildings being built. This too is not a bad thing on its own, but what is a problem is that it's a sign of fairly weak job growth.

Why should you care about this, if you don't especially care about Big Law headquarters or office construction? As Paul Levy of Center City District often points out, the Center City and University City office districts hold about 53% of all jobs in the city, across all skill levels and educational backgrounds. These are the highest-opportunity areas in the city, and it matters to everybody how well they're doing at growing jobs, and what kind. Big downtown office towers create a lot of different kinds of jobs, both during construction, and on an ongoing basis managing all aspects of running the buildings and at the employers and organizations inside. A Philly office market that was growing about average for big U.S. cities would be creating a lot more non-college job opportunities for people in addition to jobs for professionals.

A new Snapshot of the commercial real estate market from JLL compares Philadelphia to the top 20 central business districts in the U.S. and finds that we're second-last in office construction, even with a below-average 9.9% vacancy rate creating some pressure to expand.

JLL notes that there are currently 7 million square feet of office space at varying stages of the planning pipeline here, along Market Street and in University City, so Philadelphia may not have the 2nd-lowest distinction for all that much longer. This would be a great shot in the arm for the local economy that would push us even closer to full employment.