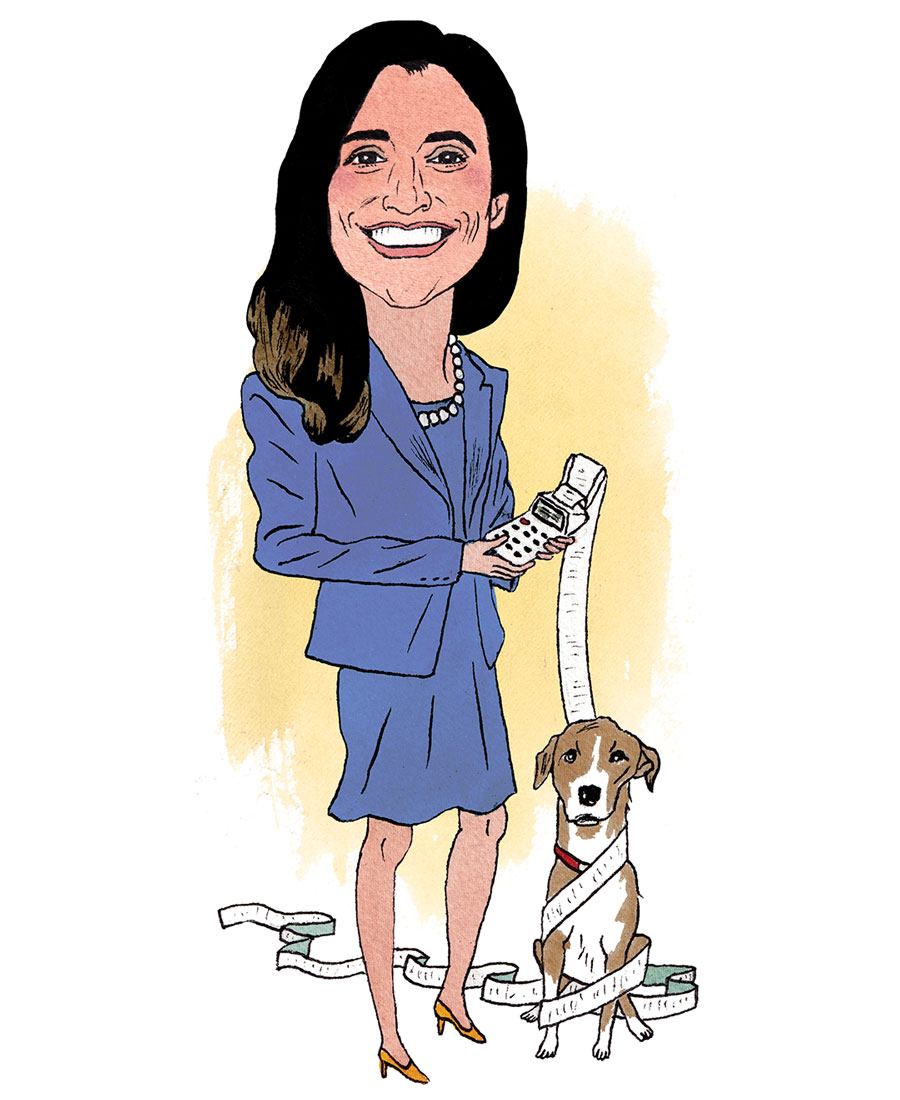 The COVID-19 pandemic has laid bare a lot of unnerving weaknesses in our government institutions at all levels, especially local government, with core municipal responsibilities like how to keep the sanitation services running seeming to elude our elected officials for most of this past summer.

Of course, a lot of what's gone on has to do with the specific circumstances caused by the pandemic. But as former Zero Waste cabinet lead Nic Esposito pointed out in an op-ed about the trash situation earlier this year, a lot of it also has to do with inherently fragile systems that were always ready to crumble at the first sign of strain.

As a result of all this, the ability to run a large organization competently has never seemed more politically appealing. Basic managerial competence has skyrocketed in value as a prized political skill, and any elected official capable of displaying some hint of this quality has come out looking like a rockstar.

A few months ago, writer Alex Pareene in the New Republic gave voice to this phenomenon in an essay, "What if Democrats Just Promised to Make Things Work Again?" that seemed to strike a nerve, suggesting that liberals embrace an ethic of competent governance.

"In the interest of equanimity and coalition-building, I would like to suggest something to Democrats who reject calls for revolution and total reordering of the system: Why not try promising to simply fix shit and govern well?

IMany (perhaps most) nonrevolutionary Democrats may think they already do this, with their appeals to competence, invocations of “believing science,” and constant claims that they are realistic and “get things done.” But it’s actually a rarity to hear a politician explicitly promise to govern effectively and make things work as they are supposed to work. Nearly everyone in politics (on both sides) makes electoral arguments based on values (or simple negative partisanship), with surprisingly few promising just to run things well.

Perhaps the argument’s rarity comes from an unwillingness to acknowledge that almost nothing in American life is working as intended. Or perhaps, more charitably, it’s ignorance: Many in the political class don’t know how bad it’s gotten. (New York’s political leadership is notorious for never setting foot on the public transit system that most of New York City relies on daily.) Whatever the reason, politicians rarely appeal to the untapped need for things to function better."

Pennsylvania is set to have two open seats for statewide office in 2022, for Governor and Senator, and our next Mayoral and City Council elections will be in 2023. The Governor and the Mayor are both positions where candidates who can credibly promise to make our city and state services work better, while treating essential workers with dignity, will enjoy a favorable reception.

Nobody knows yet what the political issues of the day will be by that point in time, but it's encouraging to see some candidates already trying out this kind of "make things work again" message. As one example, Treasurer Joe Torsella was singing this tune in a new profile by Ryan Deto of Pittsburgh City Paper. 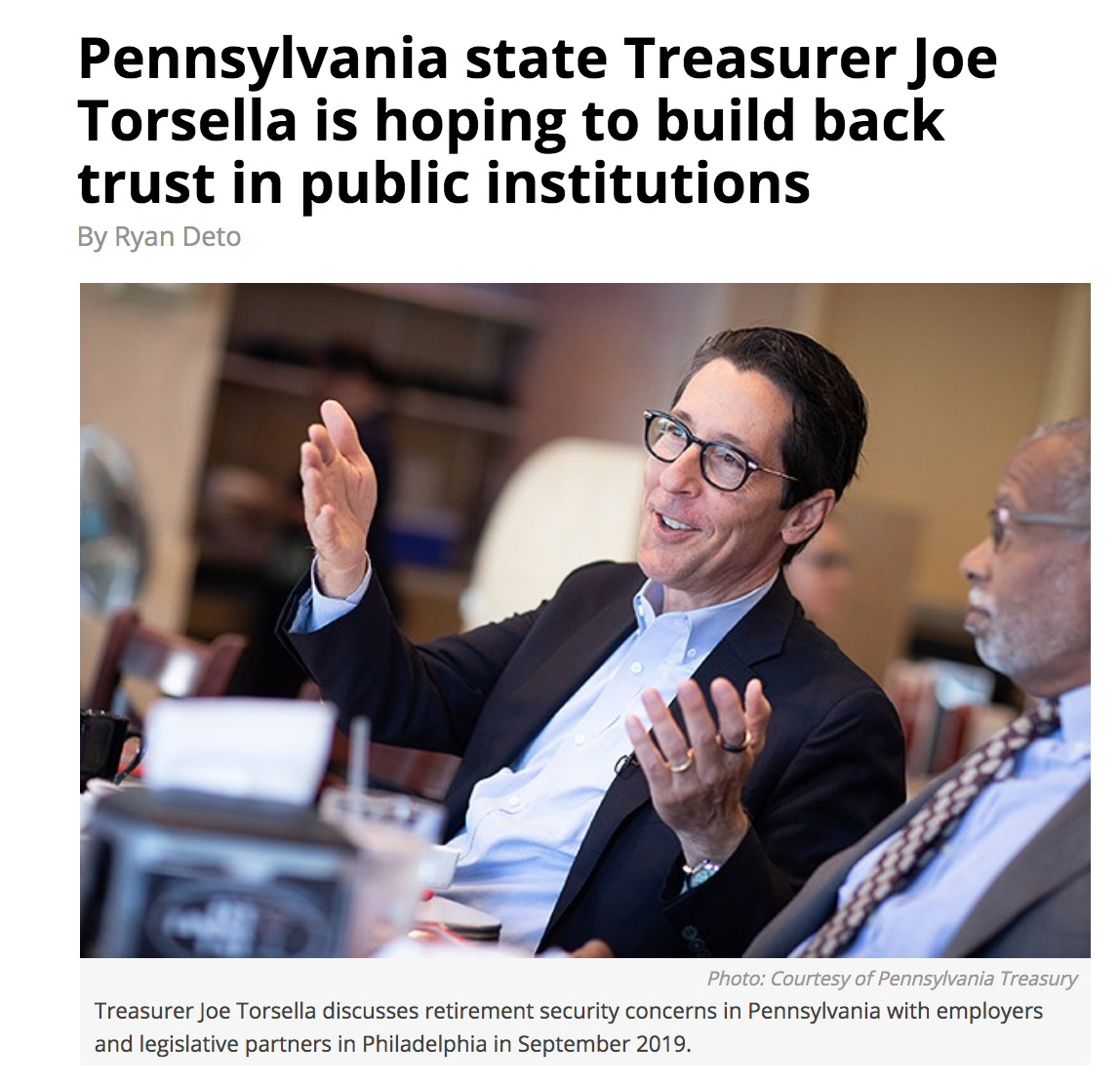 All of these initiatives trace back to Torsella’s belief in the positive power of government. In an era where most politicians campaign on just how anti-politician, anti-establishment they are, Torsella is trying to instead restore trust in large, government-run institutions that are often the only things that can effectively fight corporations, combat economic inequality, and root out complex corruption.

“That is part of the reason the integrity issue is important to me,” says Torsella. “That is only something that large institutions can do.”

Controller Rebecca Rhynhart has also cultivated a problem-solver reputation during her first term, providing the sense of a steady hand on the wheel in assessing the city's response to the budget mess, the economic relief efforts and who they've benefitted, the gun violence crisis, and more. It's a very appealing approach to politics that resonates with what most people think municipal governance should focus on, and it's one we also hope to see well-represented in the candidate fields for Governor, Mayor, and City Council in those elections.

Stay in the loop on city politics and elections by signing up for Philadelphia 3.0's weekly email newsletter